The joy of the game

TAMPA, Fla. - The softball field at the corner of Morrison and Grady in South Tampa has produced some of the finest talent in Bay Area history.

The Tampa Bay Little League 10 and under Softball State Champs are just getting started on the path to greatness. That path takes them next to Clarksville, Tennessee where they will represent the state of Florida in The Little League Southern Regionals.

They have already won district and state titles, and now they turn their attention to regionals.

Joie Rogerson and Isabella Gagliardi are the pitchers for the team. Both throw surprisingly hard, and they are both right-handed. They have learned and improved under the tutelage of Kayla Cox, who was one of the Bay Area's greatest prep pitchers at East Bay High School before playing collegiately at North Carolina State and the University of Tampa.

Gagliardi said she's excited about the prospects of traveling to Clarksville. 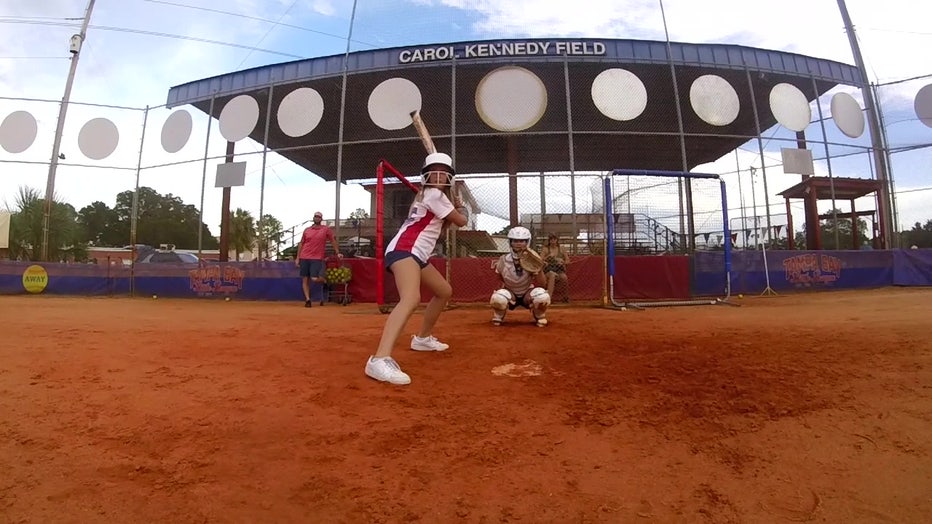 "I just wanted to get to states to stay in a hotel, because we've never done that," said Gagliardi. "So I was so excited that we even won states. This is so fun. I love it."

Emma Melton, one of the team's outfielders, relishes the opportunity to represent the state at regionals, but admits it does come with expectations.

"It does give you a little pressure," Melton said. "You know there's the whole state of Florida counting on us to win, like Isabella said, but then it's also going to be fun to play other teams from other places."

This team has a number of family connections to the World Series champions of previous years. And though the 10 and unders are still too young to compete in the series, they are working towards that goal as they get ready to play 12 and under.

Brian Mezrah is one of the team's coaches, and his daughter Fin plays on this 10 and under team, hoping to follow in her older sister's footsteps .

"We had a team with my daughter Emily," Mezrah said. "We went all the way to Kirkland, Washington and won the World Series. It was very exciting. These girls have the potential to get there too. We have a lot of work to do. Hopefully we'll have two World Series in the family. "