TAMPA, Fla. - It's a move that might be little out of left field. When searching for their first coach in franchise history, the Strikers – Tampa Bay’s newest indoor soccer team – turned to an American football player.

The Strikers named former Buccaneer kicker Martin Gramatica as the head coach of both the men’s and women’s programs.

"I didn’t want to regret saying no and seeing how great it becomes," said Gramatica. "So I wanted to give it a shot and I'm so excited about it."

Gramatica, after all, has been a youth soccer coach in the Bay Area for the last 15 years, and will continue to do so, but now he can add being a pro coach to his resume. 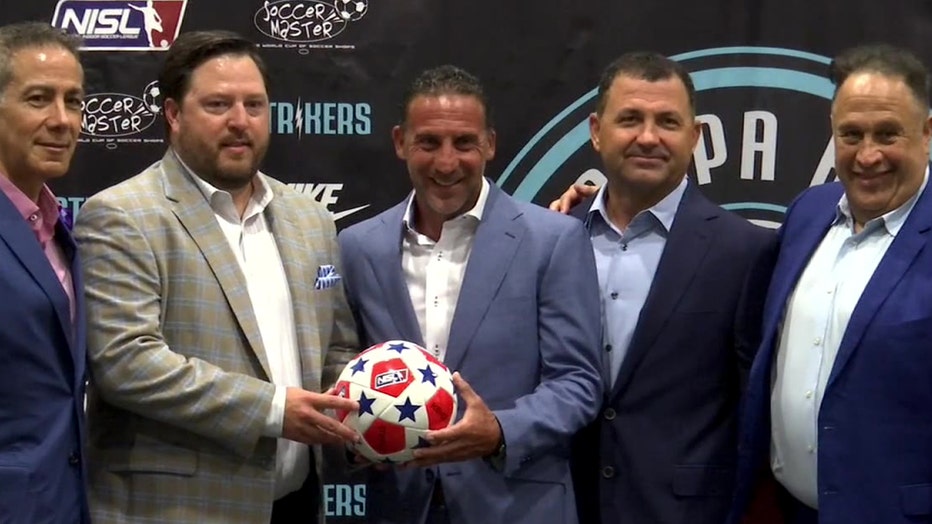 "Now I get to coach at this level and I can't believe it. I'm very excited," said Gramatica.

Even if the newest pro soccer coach in the Bay Area has a Super Bowl ring, Gramatica says soccer was always his first love and that passion will show when the Strikers begin play.

"You always, as a former player, miss that adrenaline and that's what I'll get out of this," said Gramatica. "I get it coaching youth soccer I can only imagine how this will be."

Now, comes the hard part of filling out the rosters because, currently, Gramatica doesn't have a team to coach.

There, again, is a solution.

"We have so much soccer talent in the area. There's no need to go outside and look for any," Gramatica said.  "So I don't feel like there's going to be any problem filling the roster."

Gramatica and Haines say they already have a list of players committed to a try-out but don’t have a date set for the tryout just yet.

The Strikers open their inaugural season in December playing inside the Yuengling Center at USF.