TAMPA, Fla. - At 32 points per game, Tampa Prep's Arianna Mosley leads the state of Florida in scoring. Those numbers have propelled the high school junior above 1,000 career points.

"Just from getting here at Prep freshmen year, it was one of my top goals," Arianna said.

Arianna has been a starter for the Terrapins since she was a freshman. Scoring has always come natural to her, and head coach Erin Knight has enjoyed watching her evolve into from natural scorer to elite scorer.

A milestone like 1,000 points is important, but the way it came for Arianna was a bit anti-climactic. 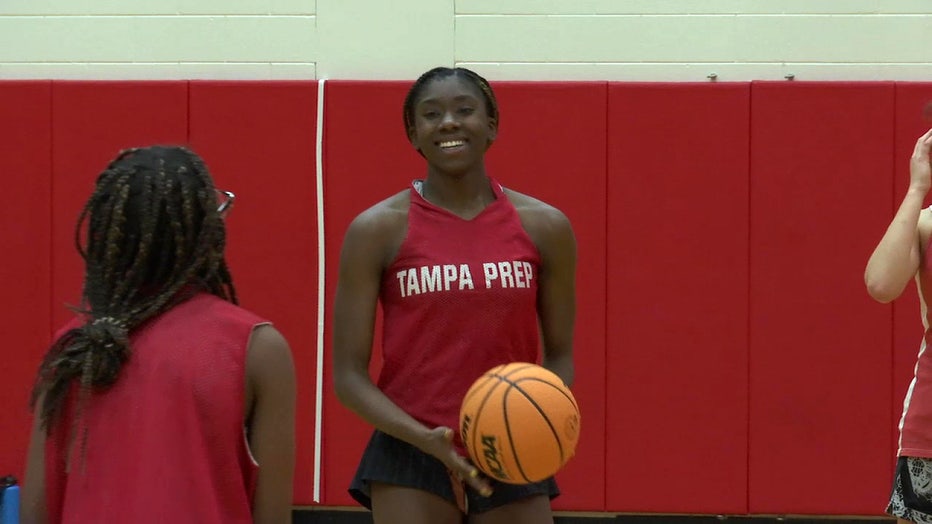 Other than a few kind words from her mother, coach, and teammates, Arianna hasn't been able to celebrate scoring 1,000 points. However, a lack of celebration, in some way, is fitting for her -- 1,000 points is only the start of her personal goals.

The sky, not 1,000 points, appears to be the limit for Arianna Mosley.