TAMPA, Fla. - It wasn't true until Wednesday, and it wasn't official until Friday, but Tampa Bay has been immersed in Brady-Mania for a while now.

"I'm blown away," Bucs fan James Scott said in downtown Tampa while speaking with FOX 13 Sports. "I told my boss three months ago [Tom Brady] was going to come here to Tampa Bay, and it happened. I was so excited."

The six-time Super Bowl-winning quarterback officially signed a two-year contract with the Buccaneers Friday morning. The deal is worth $50 million, all guaranteed. 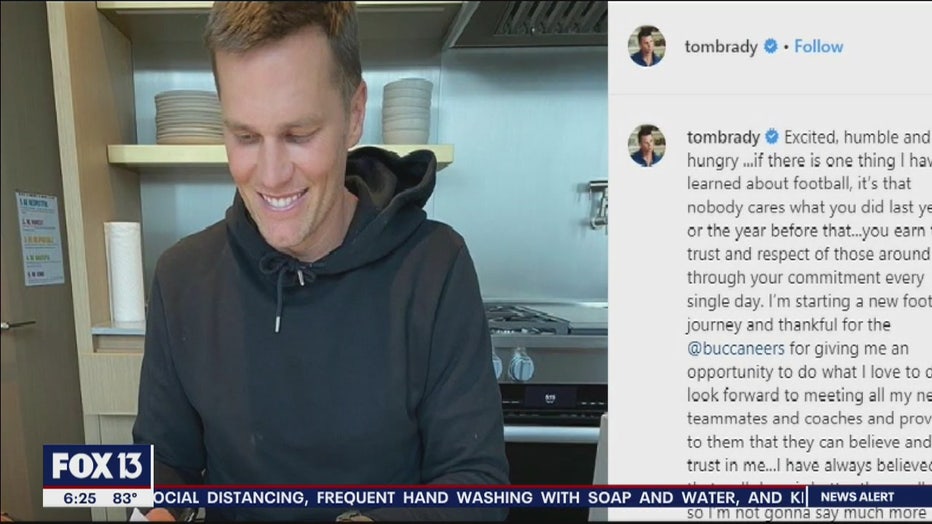 Reports earlier in the week indicated the Buccaneers' ticket office saw a spike in sales. However, an email sent to FOX 13 Sports Friday said their offices are now closed due to the COVID-19 outbreak and could not release specific information regarding sales.

A call to the Bucs fan shop's corporate office was not returned, but the team website is already taking pre-orders for Brady gear. 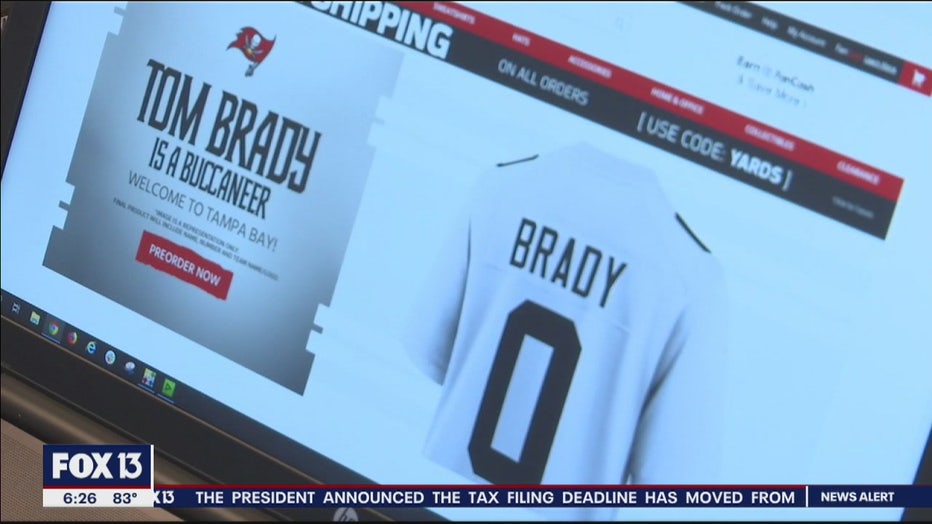 "Football, anymore is entertainment. It's not a game, it's entertainment," Glenn Lentz told FOX 13 Sports. "Brady is probably one of the best bands on tour so you bring him in, [and] sell the gear."

Lentz is a life-long Buc fan, and a vendor for Tampa sports merchandise store, Heads and Tails. Upon being shown the stores newly-printed Tom Brady t-shirts (Brady holding a knife in his teeth with the caption "It's a New Day in Tampa Bay") will sell.

"Of course. Anything with Brady, Bucs is going to sell," Lentz said.

The new Brady t-shirts were being hung on the rack at Heads and Tails as FOX 13 completed our interview with Lentz.