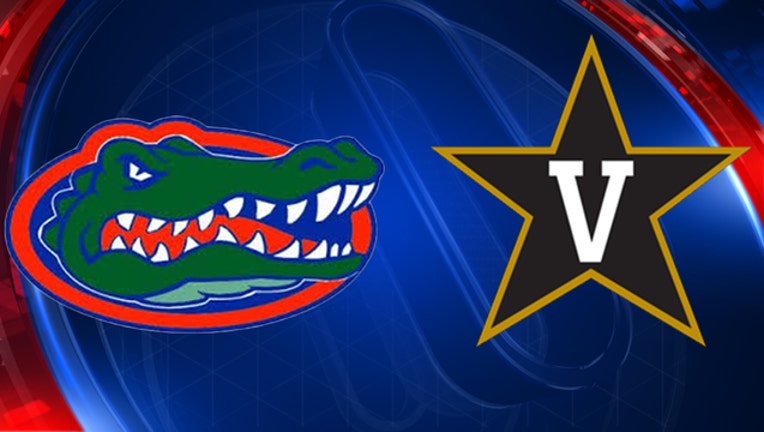 Fisher-Davis scored 19 points, Nolan Cressler came up huge in the final minute and the Commodores upset No. 19 Florida 68-66 on Saturday. Vandy snapped a four-game losing streak and won consecutive games in Gainesville for the first time since 1991.

"It's been a tough stretch," Drew said. "We have lost a lot of close games. Our guys came out with a lot of energy today in a great environment."

The Commodores used a 12-0 run midway through the second half to take a seven-point lead and held on down the stretch in a game that featured six lead changes in the final 5 minutes.

Fisher-Davis had the go-ahead basket, a driving bank shot in the lane that put the Commodores (9-10, 3-4 Southeastern Conference) up 64-63. They stayed in front from there, thanks to Florida's free throw woes. John Egbunu missed the front end of a 1-and-1, and then Kasey Hill missed another from the charity stripe with 1:04 remaining.

Cressler made two free throws and then scored on a baseline drive that made it a four-point game in the final seconds. Still, Florida had a chance after KeVaughn Allen followed Hill's driving layup with a steal. But Allen's fall-away 3 from the wing - in a two-point game - rimmed out just before the final buzzer.

Florida coach Mike White blamed himself for not calling time out and setting up a better shot. He was more concerned with his team's lackluster defense. Vanderbilt shot 56.5 percent in the second half and finished the game by making 10 of 25 from 3-point range.

"It's absolutely incredible," said White, who spent all week trying to get his players to defend the 3-point line. "I guess I didn't do a good enough job explaining it."

Fisher-Davis had somewhat struggled since scoring 33 points in a win over Auburn earlier this month. He was considerably better against the Gators (14-5, 5-2), hitting 6 of 14 shots and three 3-pointers.

Cressler finished with 10, and Luke Kornet and Riley LaChance chipped in 11 each.

"Our offense runs best when we have four players in double figures," Drew said. "We thrive on ball movement and making the extra pass. Today was a great sign of when we do execute it, our offense moves smoothly and we can make shots."

Vanderbilt: The Commodores are a work in progress in Drew's first season. Vandy has yet to replace Wade Baldwin and Damian Jones, both first-round picks in the 2016 NBA draft, but showed they have the talent to compete in the top-heavy SEC.

Florida: It's becoming clear the Gators struggle in the half court, mostly because White has few players, if any, who can create their own shot. So if you limit turnovers and keep Florida from getting easy baskets in transition, you're likely to keep it close and have a chance. South Carolina and Vandy showed it can work.

Florida, which lost for the first time in five homes games this season, has dropped two in a row and likely will fall out of the AP Top 25 Monday.

Allen responded from his worst game of the year in a big way and led the Gators with a season-high 29 points. He made 10 of 19 shots, including 5 of 13 from 3-point range. It followed a one-point performance at South Carolina. He got little help, though. Robinson scored 12 points before fouling out with 1:34 remaining. No other Florida player had more than six points.

Vanderbilt: Returns home for three of its next four, including against Arkansas on Tuesday.