TAMPA, Fla. - Much like the very school that surrounds their near-immaculate stadium, the Chamberlain High School football team is under construction.

Chamberlain High's Head Football Coach Joey Jaime, wasn't originally hired to be the Chiefs' head coach. Jaime said he thought he'd be coming in as an assistant coach for the team.

In fact, Chamberlain hired another to lead its football program in the Spring only for that coach to leave without coaching a game.

"Things change, and you just have to roll with the punches," said Jaime.

Already an assistant on the staff at Chamberlain, Jaime decided he would lead the Chiefs.

"I just feel like these kids needed some kind of constant, and I've been here. I've been here the whole summer, and they knew who I was," Jaime said. 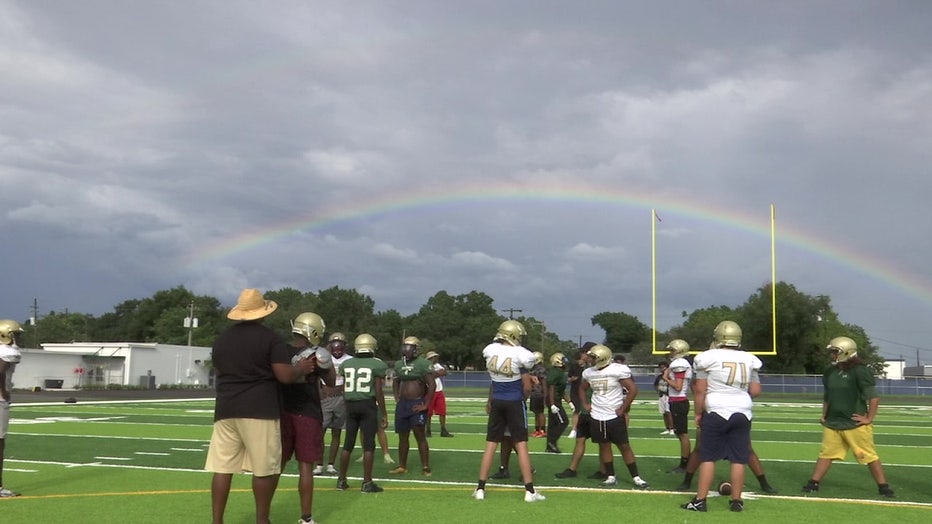 Jaime's players rallied around a man who became their third head coach in the span of a few months. The start to Chamberlain's season, however, was anything but smooth.

So far, the Chiefs have dropped their first three games of the year. Even after all the adversity the Chiefs have faced up to this point, they still fight and compete every day.

What Chamberlain has now is a team fighting for its chance and a coach that didn't blink at leading them through the night.

"I think, as a team, it's really beautiful how we come together," said Small.