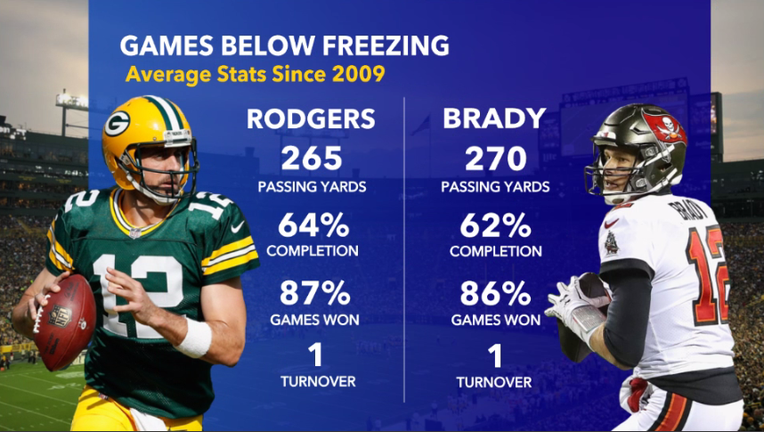 GREEN BAY, Wis. - Aaron Rodgers and Tom Brady are no strangers to playing football games in cold weather. In fact, both quarterbacks have similar stats when it comes to playing in temperatures at or below freezing.

When it comes to passing yards, Brady has slightly more at 270 yards on average, while Rodgers has 265 yards on average. However, Rodgers is slightly better when it comes to completions at 64% versus Brady's 62%. Rodgers also has a slightly better win percentage with the Packers at 87% versus 86% for Brady as a member of the Patriots in cold weather. Each quarterback also averages one turnover in temperatures below freezing. 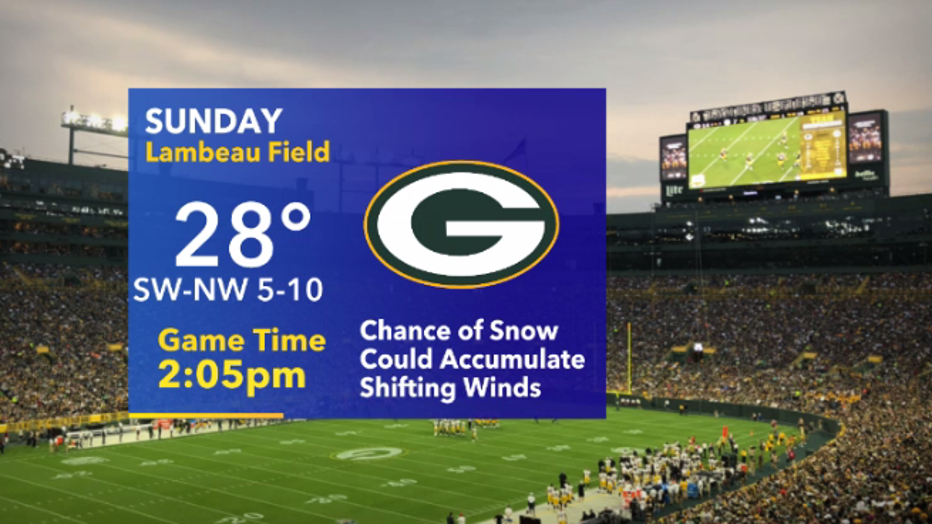 Sunday's NFC Championship game has a forecast of 28 degrees, with a light westerly wind and some snow possible during the game. Although these conditions would normally be an issue for any visiting team's quarterback, don't expect Brady to be frazzled by the elements.

That said, the Buccaneers have not played a game in these conditions this season and it could affect the outcome of the game.

Either way, it should be a good game to watch -- only on FOX!

James Jones talks about Packers in the NFC Championship game

James Jones talks about Packers in the NFC Championship game