Meteorologist Tyler Eliasen is tracking Tropical Storm Elsa, which is expected to impact the Bay Area Tuesday evening. Eliasen says the storm is looking ragged after interacting with land, but adds the shape it is in after passing over Cuba will determine the severity of impact it will have on the Bay Area.

TAMPA, Fla. - Tropical Storm Elsa slowed down and weakened Sunday, but forecasters are confident enough that the storm will turn north that they've issued a tropical storm watch for much of Florida's west coast.

As of Sunday evening, Elsa had winds of 60 mph and was moving west-northwest at 15 mph after passing between Jamaica and Haiti.

FOX 13 Meteorologist Tyler Eliasen said Elsa is a ragged-looking storm because land interaction took a toll on it. 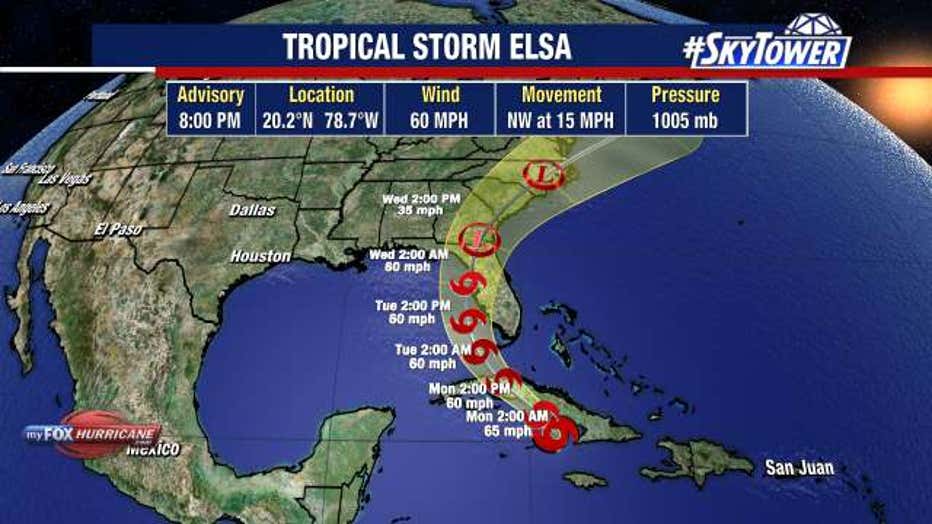 Forecast models are coming into better agreement that Elsa will turn north on Monday, pass over Cuba, then head into the Florida Straits.

A tropical storm warning has now been issued for the Florida Keys, from Craig Key westward to the Dry Tortugas.

A tropical storm watch was issued for the Keys from east of Craig Key to Ocean Reef, along with the west coast of Florida from Flamingo northward to the Anclote River.

Gov. Ron DeSantis declared a state of emergency Saturday in anticipation of the storm's impacts. 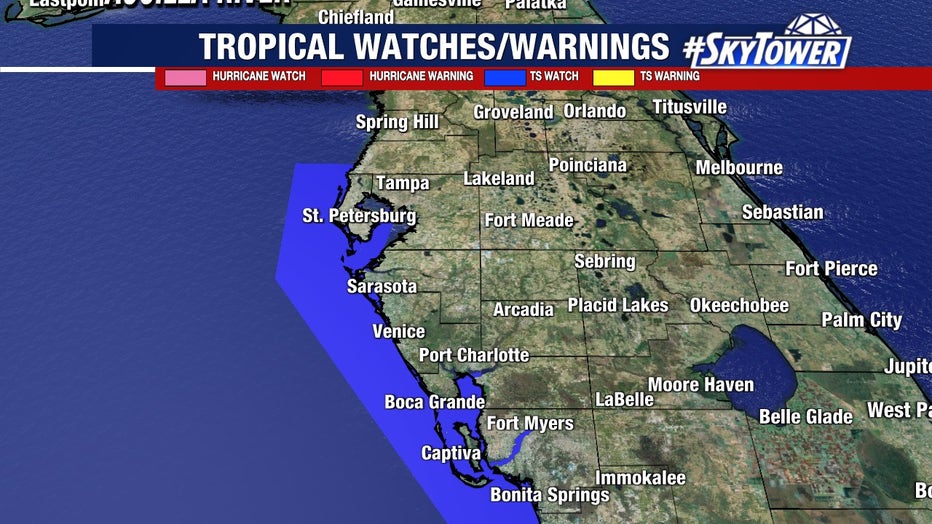 As confidence grows in the forecast track, there are still questions about how strong it will be. That depends on how much time Elsa spends over Cuba.

"If the core of the storm moves directly over Jamaica or Cuba, the small vortex would likely be very disrupted due to the mountainous islands," the official NHC forecast noted. "However, if the storm manages to pass between those islands today, some strengthening seems possible given the improved appearance in satellite images." 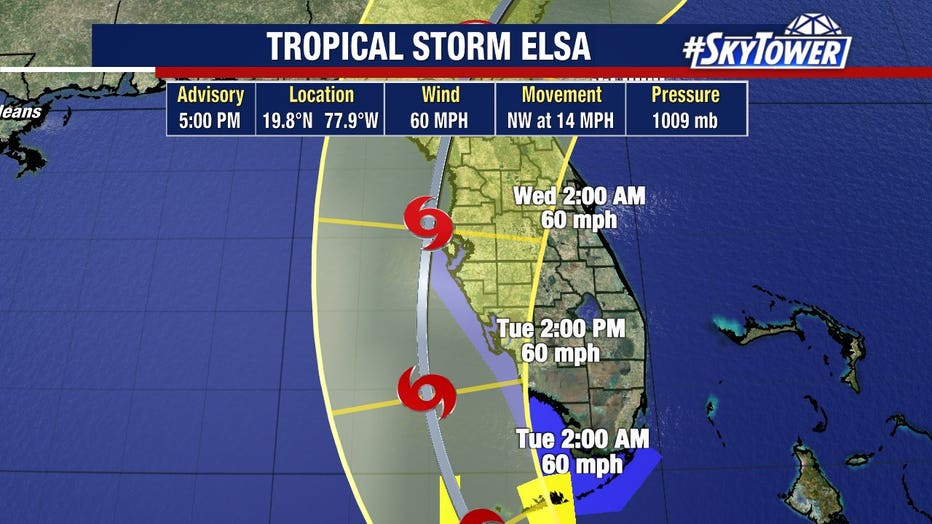 Eliasen says Elsa will pass over Cuba Sunday night, into Monday morning and the shape it's in after crossing the island will determine the impact it will have on the Bay Area.

"We're going to get at least something out of this in terms of wind and rain, but its exact track will have to do with the coastal flooding we may see," Eliasen added. 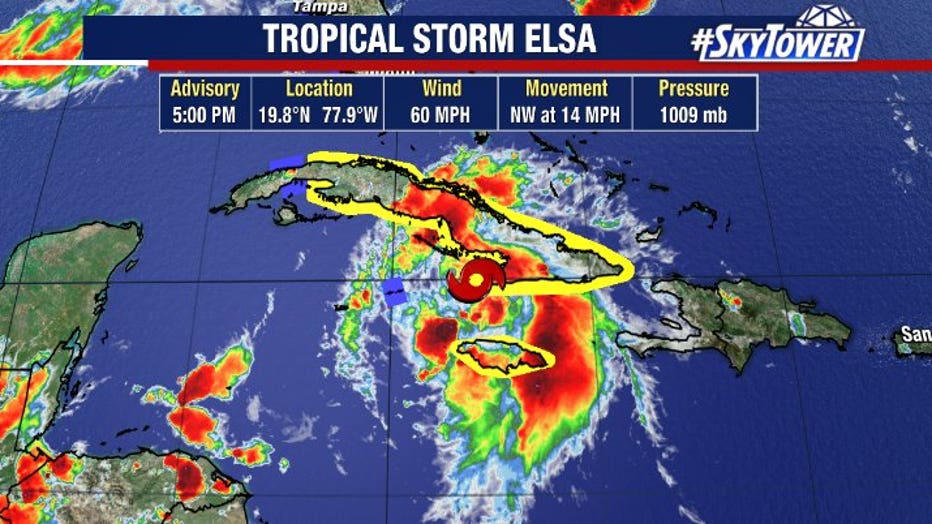 Those impacts could come as early as Tuesday and would include tropical-storm-force wind gusts up to 39 mph along with 2 to 4 inches of rain.

Coastal flooding from storm surge. likely 2 to 4 feet  above normal tide levels, will also be possible near and south of where the center of the storm comes ashore.