Meteorologist Jim Weber offers the latest on the tropical wave that will likely become 'Sam' soon.

TAMPA, Fla. - A tropical wave has a high chance of becoming a tropical depression later this week.

The forecast for Tropical Storms Rose and Peter show them turning away from the U.S. in the next few days, but one area in the eastern Atlantic is worth watching, says FOX 13’s meteorologist Dave Osterberg. 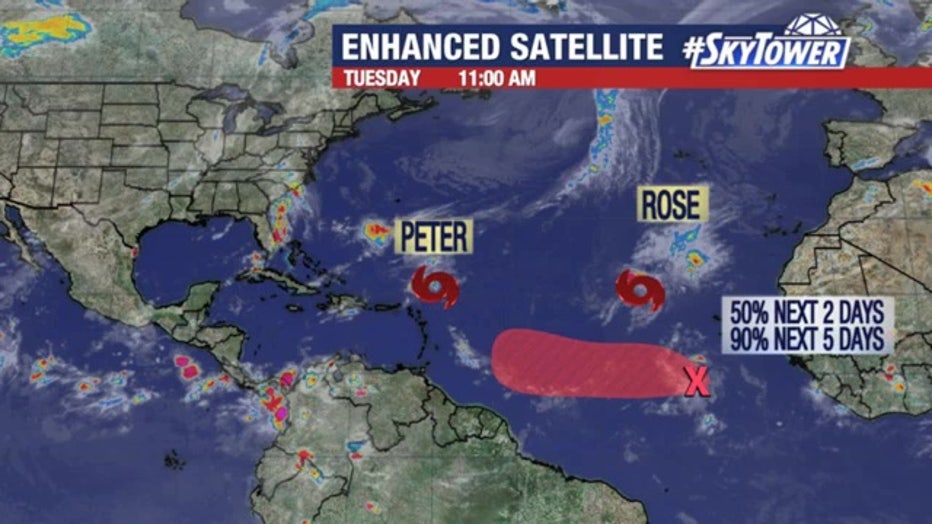 "We still got Peter. We still got Rose. I am not concerned at all about either of those storms, especially Rose. Rose is just going to move north. Peter is going to do a big loop-de-loop," he said Tuesday. "It’s this disturbance south of all of that. This is the one we have to watch. This will likely become ‘Sam.’"

Osterberg explained that the computer models bring the tropical wave just north of the islands in seven days. 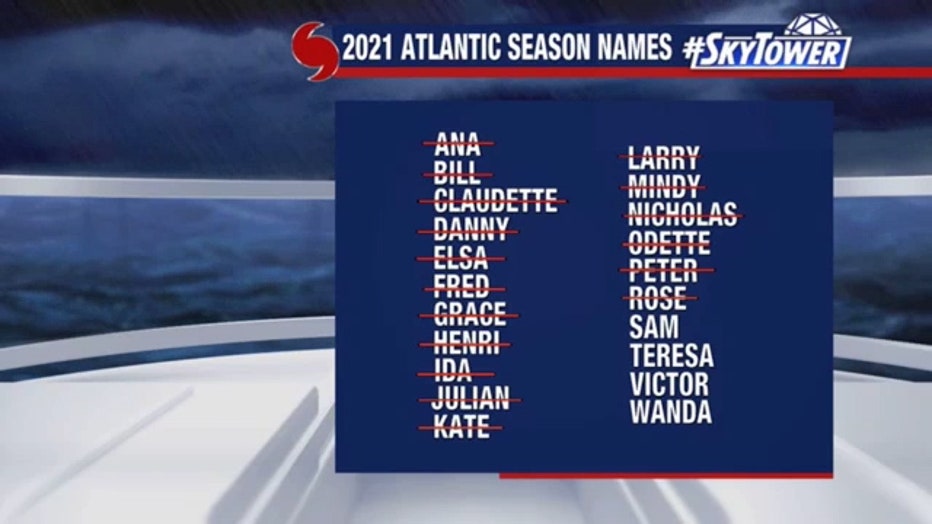 "That’s something that the whole U.S. is going to have to watch. Maybe it takes the same path as Peter and turns north. It’s just too far away to tell," he said. "It’s just so early on, but it’s definitely something that has that potential to develop and then work its way toward the islands."

The National Hurricane Center gives it an 90% chance of forming in the next five days.