TAMPA, Fla. - A century ago, the 1921 hurricane made landfall in Tarpon Springs, packing 120-mile-per-hour winds, a storm surge of 11 feet, and claiming the lives of eight – including children. That was the last time the Tampa Bay area took a direct hit from a major hurricane.

This was before the Saffir Simpson Wind Scale. If it did exist, experts said the storm would've been deemed a Category 3. At the time, it caused upwards of $2 million in damage. 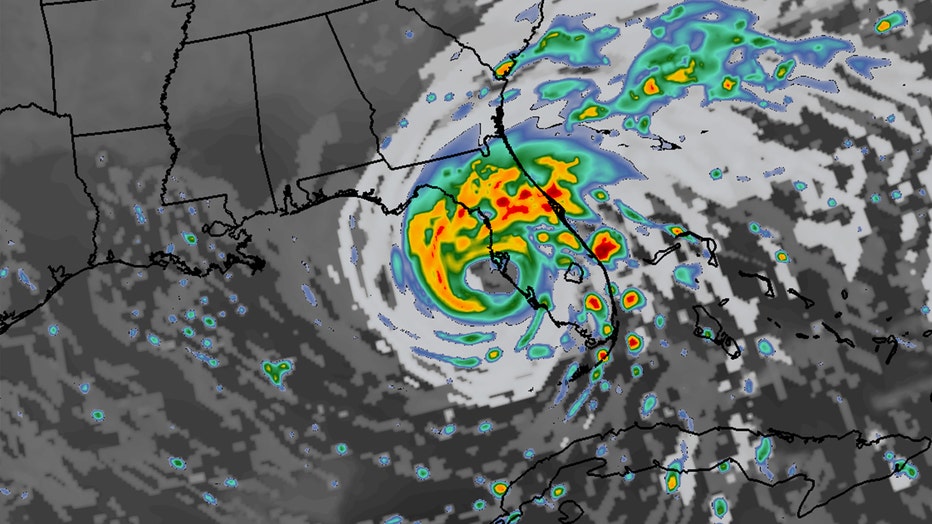 Track composite of the Tarpon Springs storm from the National Hurricane Center.

There was no official name for the storm, but it has been called the Tarpon Springs storm. It made landfall on Oct. 25, 1921. The storm surge reached 11 feet. 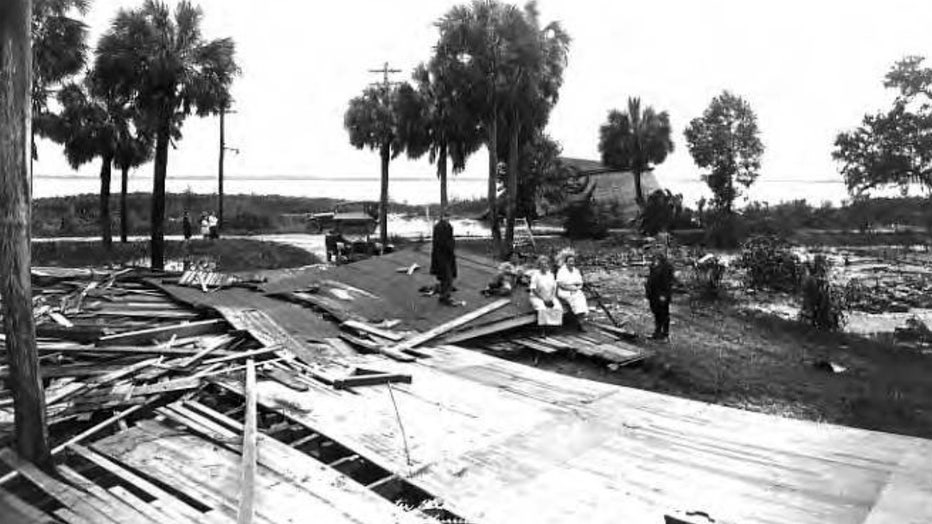 An array of damage was captured in black-and-white photos. The Bayshore Boulevard home of J. Brown Wallace, one of the signers of Palma Ceia’s charter; was pushed off its foundation. 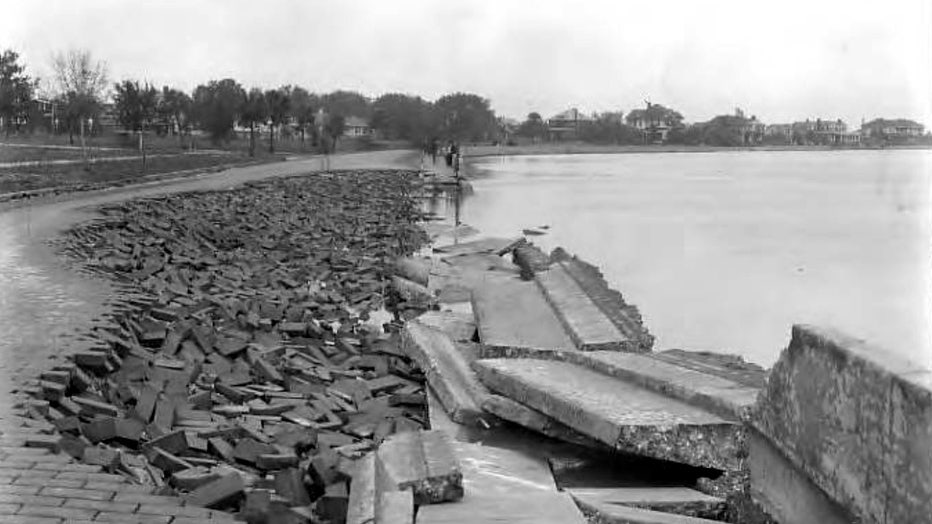 Though the storm made landfall in Tarpon Springs, downtown Tampa saw some of the highest storm surges.

In Pinellas County, many coastal homes and businesses were flooded. The iconic St. Pete Pier was destroyed. 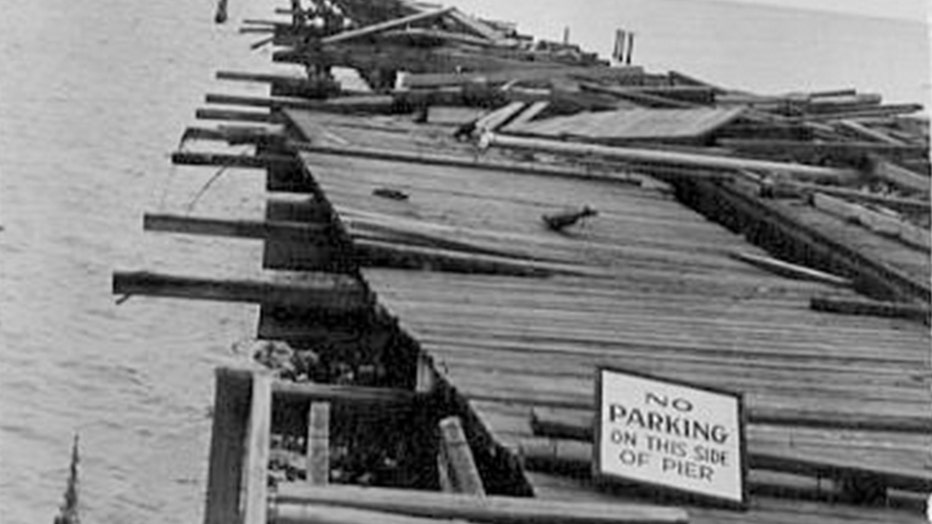 The region has since exploded in population in development. Back then, Hillsborough County’s population was 88,000. Today, there are 1.5 million residents. The city of Tampa had about 51,000 residents in 1920. Today, that number is almost 395,000.

If Tampa took a direct hit from Category 5 storm, a University of South Florida study once showed MacDill Air Force Base would get covered in 13 feet of water. 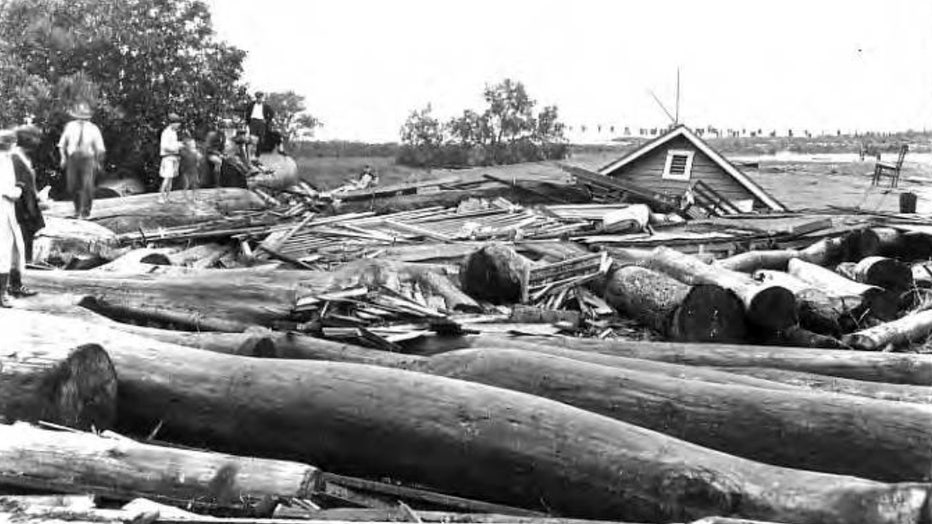 Computer models for Pinellas County show a Category 2 storm would put much of Dunedin and Redington Shores underwater. A Category 3 hurricane could take out 4th Street in St. Petersburg and cover homes near the bay.

MORE: Know your zone: Florida evacuation zones, what they mean, and when to leave

Today, if the Bay Area saw a repeat of the 1921 storm, it would likely be a multi-billion-dollar disaster for the Tampa Bay region. Many of these people live in low-lying neighborhoods that are highly susceptible to storm surge and flooding they have rarely before experienced, which some experts say could be worsened by the effects of climate change. 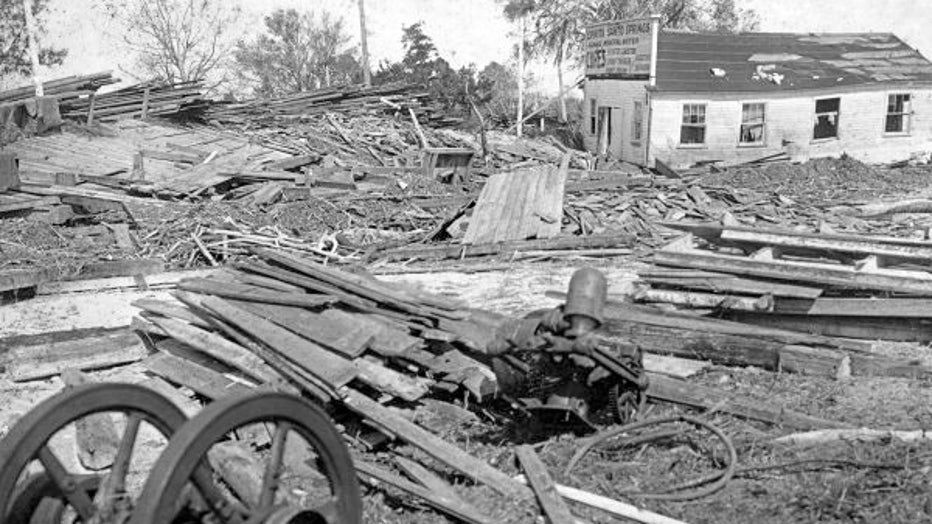 The problem confronting the region is that storms approaching from the south – as Hurricane Ian is on track to do as of Tuesday – bulldoze huge volumes of water up into shallow Tampa Bay and are likely to inundate homes and businesses. The adjacent Gulf of Mexico is also shallow.

There's nowhere for that water to go, plus, the storm could dump inches of rain in that area, creating a massive water event.

"Strong persistent winds will push a lot of water into the bay and there’s nowhere for it to go, so it just builds up," said Brian McNoldy, a senior research associate at the University of Miami’s Rosenstiel School of Marine, Atmospheric and Earth Science. "Tampa Bay is very surge-prone because of its orientation." 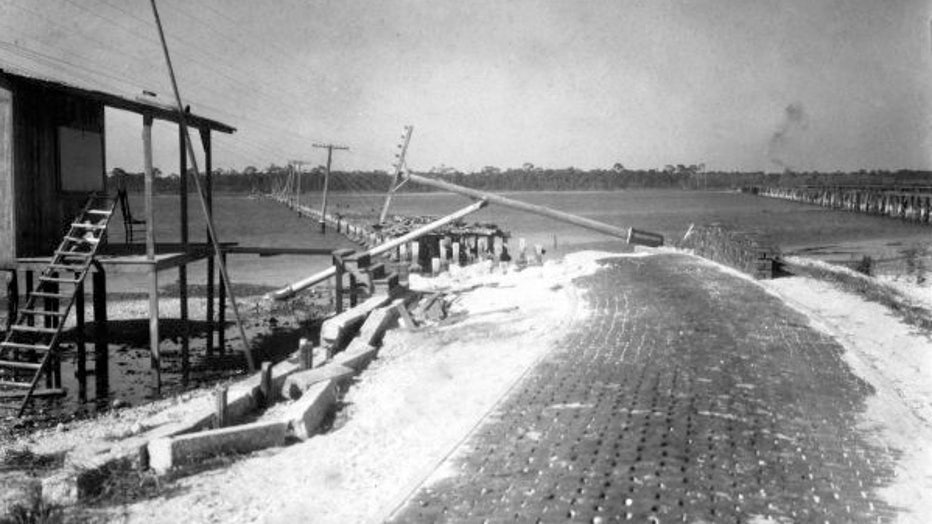 A report from the Boston-based catastrophe modeling firm Karen Clark and Co. concluded in 2015 that Tampa Bay is the most vulnerable place in the U.S. to storm surge flooding from a hurricane and stands to lose $175 billion in damage. A World Bank study a few years before placed Tampa as the seventh-most vulnerable city to major storms on the entire globe.

Yet for years storms seemed to bypass the region somewhat inexplicably. Phil Klotzbach, the research scientist in the Department of Atmospheric Science at Colorado State University, noted that only one of five hurricanes at Category 3 strength or higher has struck Tampa Bay since 1851.

"In general, cyclones moving over the Gulf of Mexico had a tendency of passing well north of Tampa," the National Oceanographic and Atmospheric Administration said in a report on the 1921 storm. 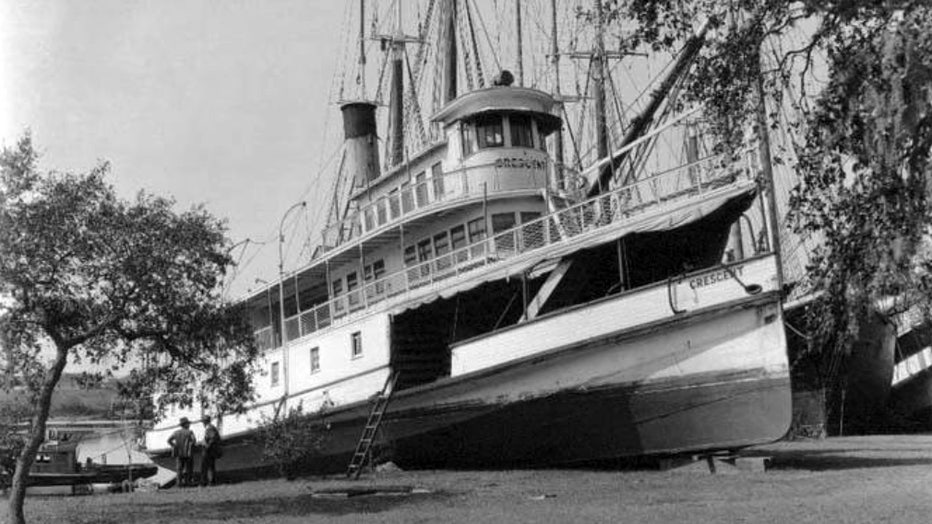 McNoldy noted that Hurricane Andrew’s storm surge today would be 7 inches higher than it was when that storm pounded South Florida 30 years ago.

"As sea level rises," he said, "the same storm surge will be able to flood more areas because the baseline upon which it’s happening is higher,"

Amid all the science, a local legend has it that blessings from Native Americans who once called the region home have largely protected it from major storms for centuries. Part of that legend is the many mounds built by the Tocobagan tribe in what is now Pinellas County that some believe are meant as guardians against invaders, including hurricanes.

After Irma's near miss in 2017, many people still believe it, passing along the tale to Tampa Bay newcomers.

"It’s almost like when a myth becomes history," Farias said. "As time goes on, it comes true." 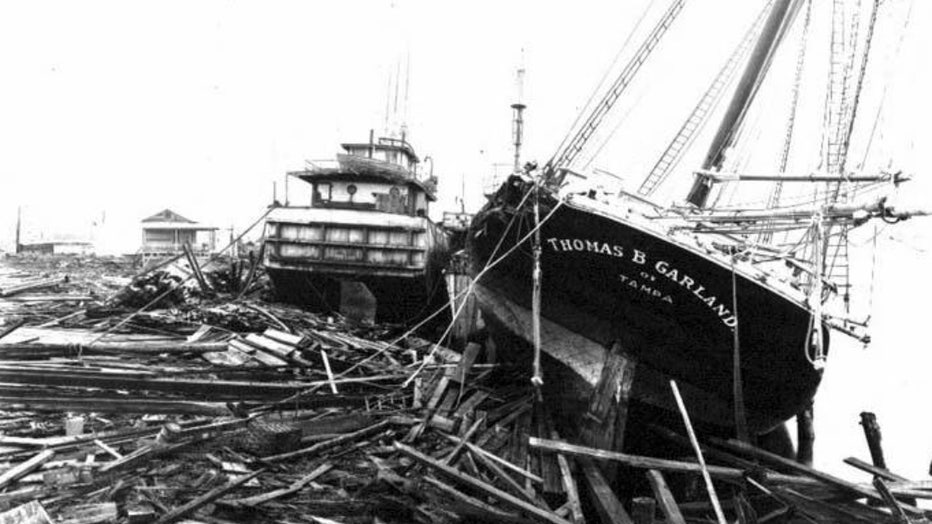 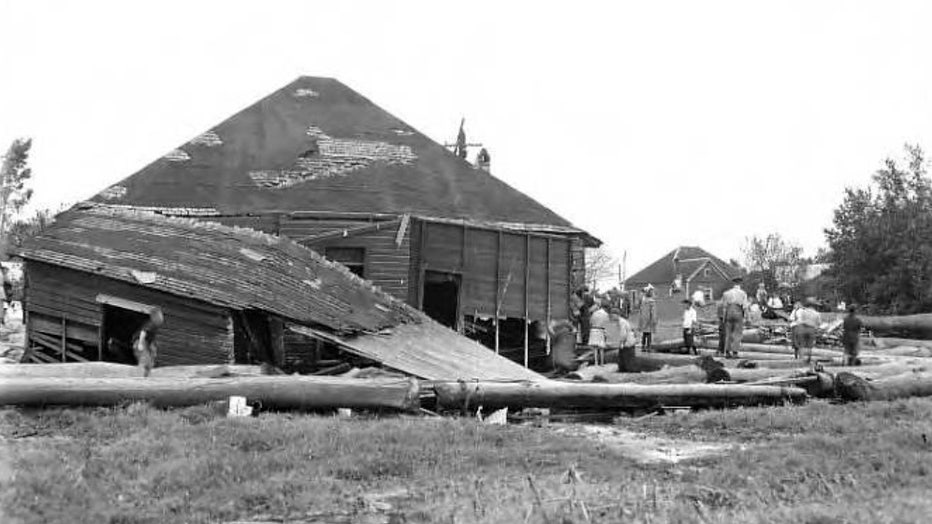 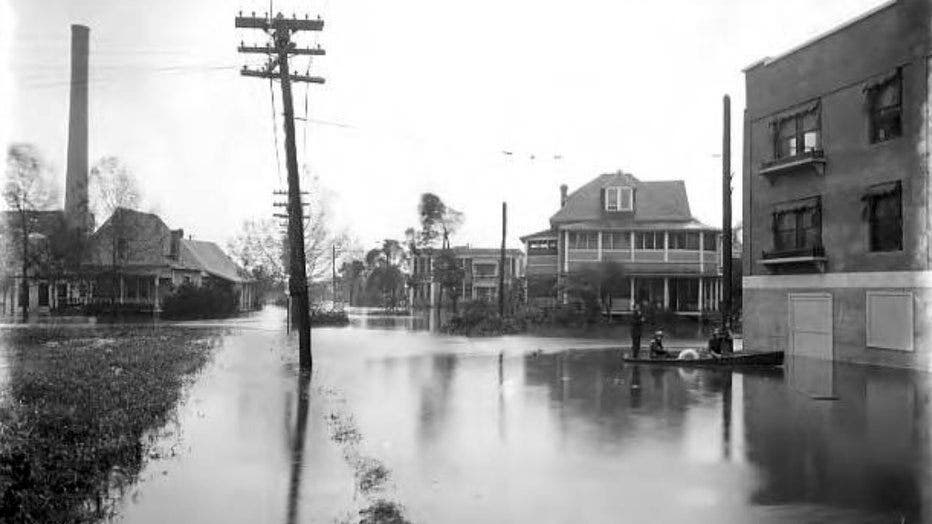 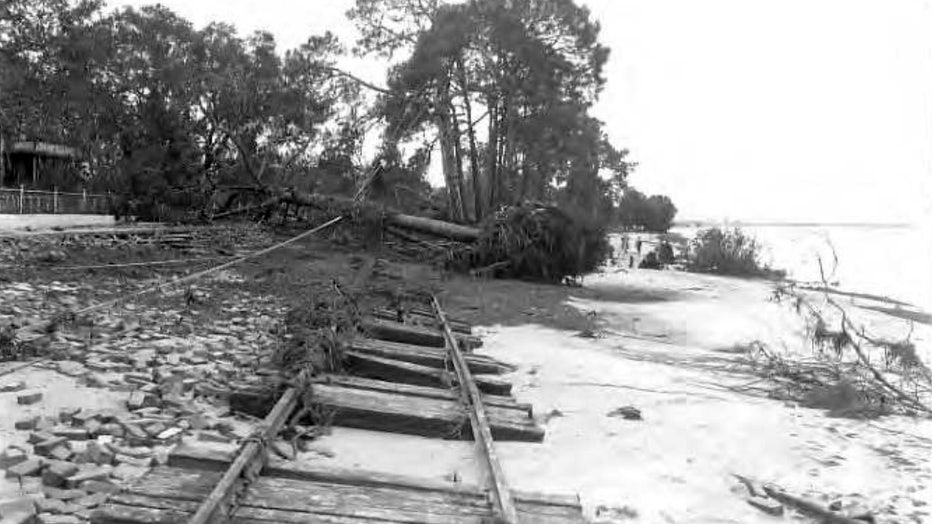 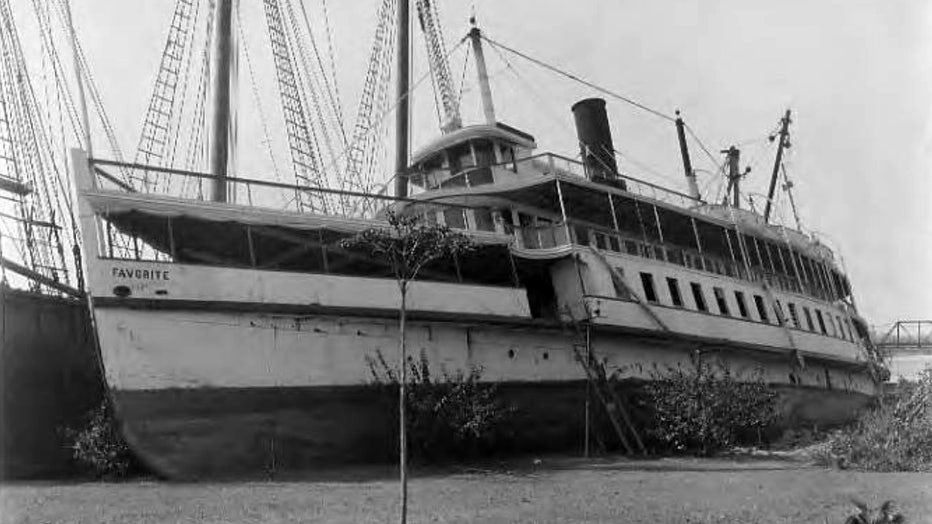