TAMPA, Fla. - The Tampa Bay area will begin feeling the impacts of Hurricane Ian as soon as Wednesday when tropical storm-force winds enter the region.

While the cone of uncertainty is getting smaller as the major hurricane begins trekking toward the west coast of Florida, it also means there is less of a chance for much change in the forecast. 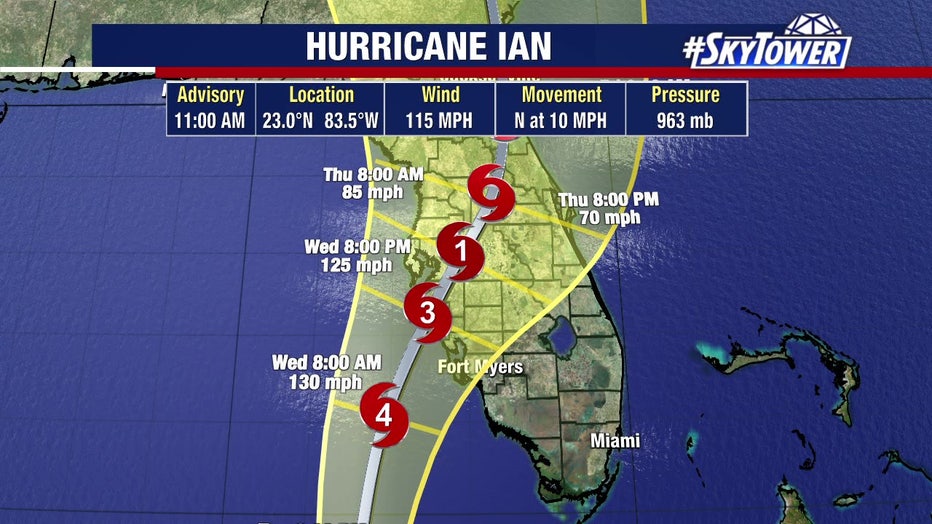 Hurricane Ian will encounter wind shear after it leaves Cuba – following its Tuesday morning landfall – and enters the Gulf of Mexico. That will cause it to slow down, which is an issue, explained FOX 13's meteorologist Dave Osterberg.

Tuesday's projected track shows a Category 3 Ian approaching the west coast Wednesday with a potential landfall by 8 p.m. that day somewhere within the forecast cone.

By Thursday at 2 p.m., a weaker Ian will be in northern Central Florida.

Based on the current path, here is what to expect in each Bay Area county. By Friday, Ian is expected to be gone from the Tampa Bay area.

Midday Wednesday, expect wind speeds to reach tropical-storm-force winds. Sarasota and Manatee counties will feel it first as Ian moves south to north. Along the coast, hurricane-force winds will arrive by Thursday morning.

Rainfall totals can reach 12-16 inches, and isolated ares can see 24 inches. This will cause significant freshwater flooding on top of storm surge issues. 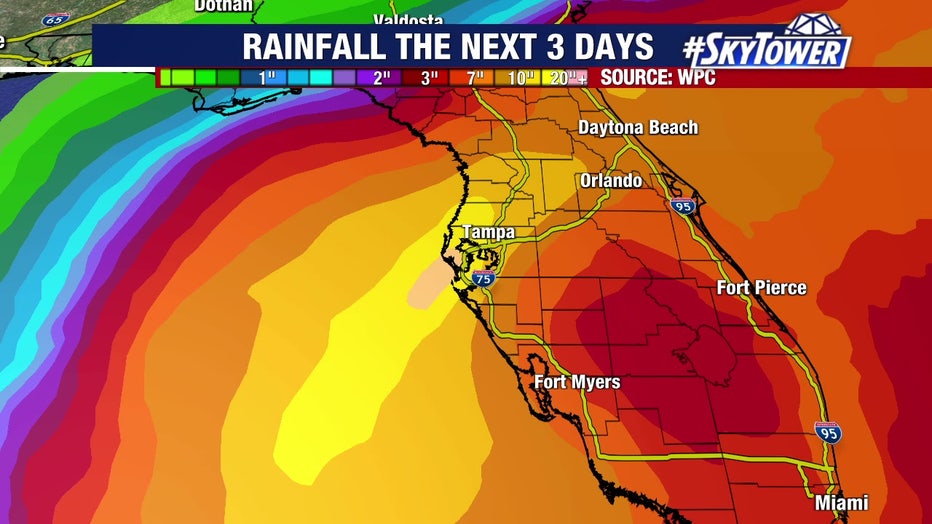 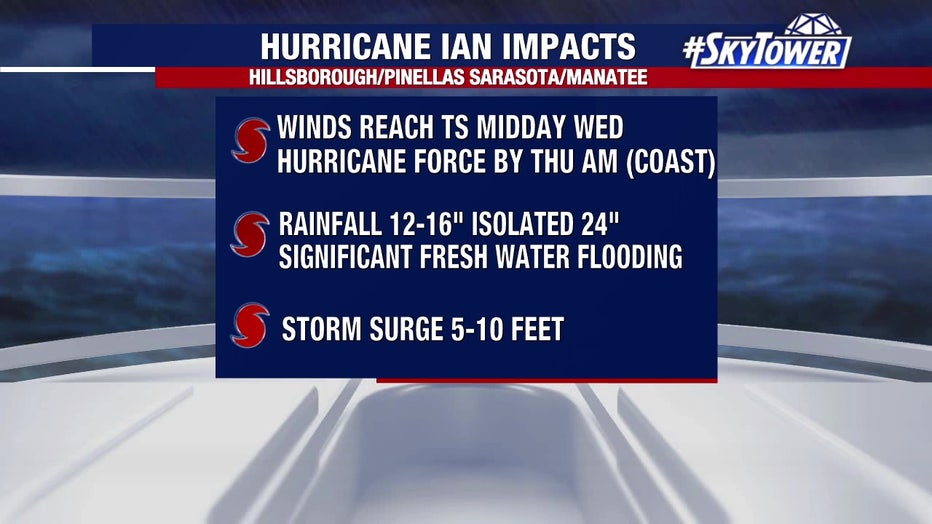 "It wouldn't surprise me if someone in one of these counties gets a hurricane-force wind gust, but having a sustained hurricane force – unless it takes more of a path to the south – it's kind of tough.

Up to 5-10 inches of rain is possible with freshwater flooding expected. Isolated tornadoes are also possible. 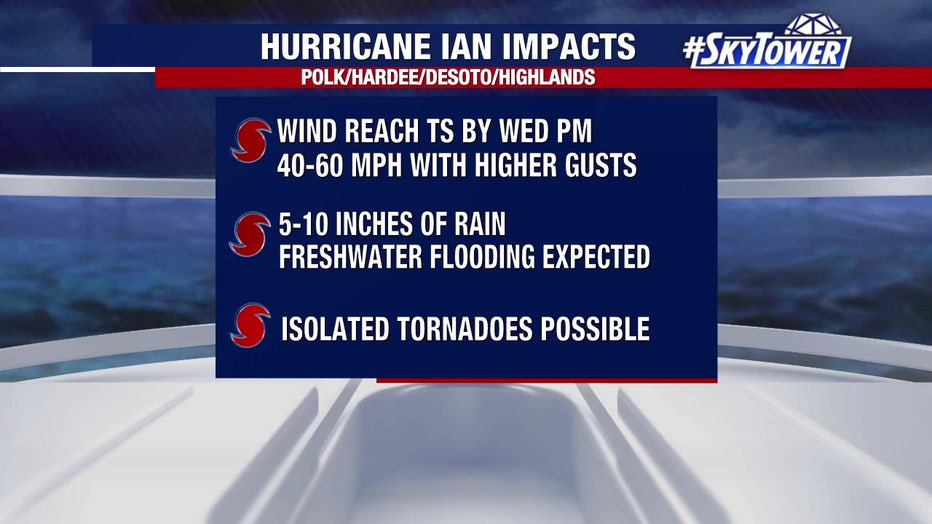 Rainfall totals could be 8-12 inches with isolated areas reaching 16 inches. There will also be significant freshwater flooding here. 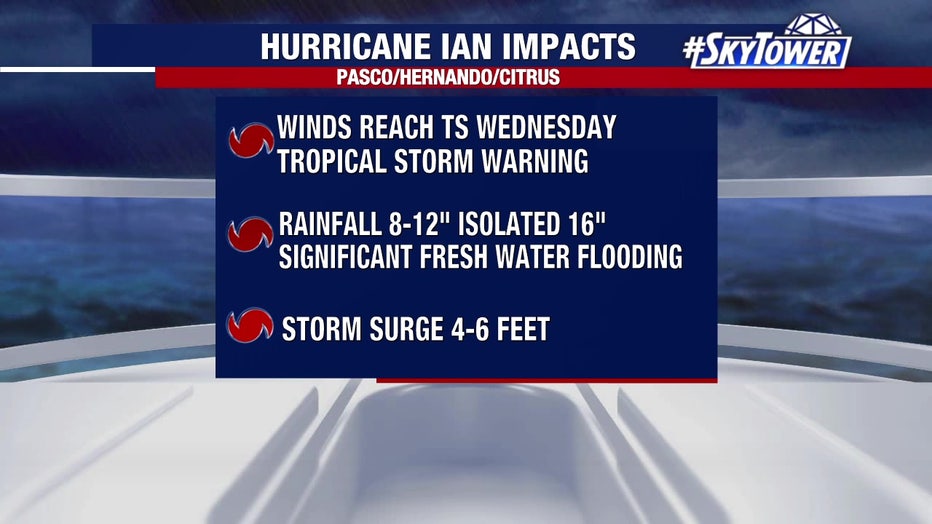