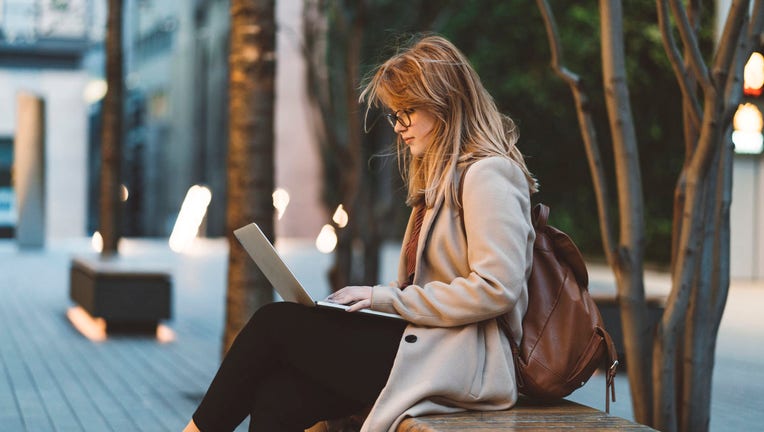 Are you banking on having a portion of your student loans canceled? Read this first. (iStock)

The majority of college graduates took out federal student loans to finance their education, borrowing more than $30,000 on average, according to the National Center for Education Statistics. As outstanding college debt continues to rise, some borrowers are seeking relief in more progressive policies, like student loan forgiveness.

President Joe Biden campaigned on canceling college debt but enacting this type of legislation may not be as simple as signing an executive order. And with the federal student loan moratorium set to expire in just a few months, you may be wondering what to do with existing student loan debt, especially since refinancing rates are at record lows.

Read on to learn more about the likelihood of student loan forgiveness, as well as what to do with your college debt in the meantime. If you're considering refinancing your private student loans while rates are historically low, visit Credible to compare offers from multiple lenders at once without affecting your credit.

Can the president cancel student loans with an executive order?

As a presidential candidate, Joe Biden campaigned on student loan forgiveness. He proposed immediately canceling $10,000 of federal student loan debt per borrower and forgiving all undergraduate tuition-related federal student debt from public colleges for those earning under $125,000 under his Build Back Better plan.

But canceling student loans is a promise that's proven difficult for Biden to keep. The president didn't include student loan forgiveness in his latest federal budget proposal, and he's downplayed progressive policies related to college debt relief as a "socialist agenda."

How could the president deliver on his promise of college debt forgiveness?

The Higher Education Act of 1965 gives the education secretary the ability to "enforce, pay, compromise, waive, or release any right" to collect on federal loans. However, it's unclear whether that includes widespread debt forgiveness to the extent that progressive candidates want to deliver.

The Department of Education has previously stated that the secretary "does not have statutory authority to provide blanket or mass cancellation, compromise, discharge, or forgiveness of student loan principal balances." But on the other hand, Senate Democrats, including Senate Majority Leader Chuck Schumer (D-NY), have repeatedly said that the president has the authority to cancel student debt.

BIDEN ADMINISTRATION CANCELS $500M OF STUDENT LOAN DEBT: THIS IS WHO QUALIFIES

While the legality of this approach is still in question, it seems unlikely that Biden will cancel student loans via executive order either way, given his past remarks.

Another thing to consider is that college debt forgiveness won't apply to certain borrowers and types of loans. Some borrowers will make too much money to qualify for student loan relief and others have private student loans.

If you won't be eligible for student debt forgiveness, you should consider refinancing your private student loans while rates are still low. You can see potential refinancing rates in the table below, and get prequalified through Credible to compare offers that are tailored to you.

What to do with your student loans now

You have a few options for what you can currently do with your loans: continue making payments, save up for when payments resume and refinancing your student loans.

If you have federal loans, then it might be worthwhile to hold off on making payments until the moratorium expires on Sept. 30, 2021. You could save the money you would otherwise be putting toward your loans and use it to pay down a lump sum when payments resume — if student loan forgiveness doesn't happen.

Refinancing your federal student loans isn't typically advised. Even though you may be able to secure a lower interest rate on your student loan debt, refinancing with a private student loan would disqualify you from federal programs like income-driven repayment plans, zero-interest payment forbearance and student loan forgiveness.

Borrowers with private student loans wouldn't likely qualify for debt relief, anyway, so it could be a good idea to refinance those loans while rates are at record lows. Securing a loan with a lower interest rate than what you're currently paying can save you thousands of dollars over time.

You can use Credible's student loan refinancing calculator to see how much you can save. And as always, you could get in touch with a loan officer at Credible to see if refinancing is right for you.

BIDEN’S STIMULUS BILL’S EFFECT ON STUDENT LOANS: WHAT TO KNOW