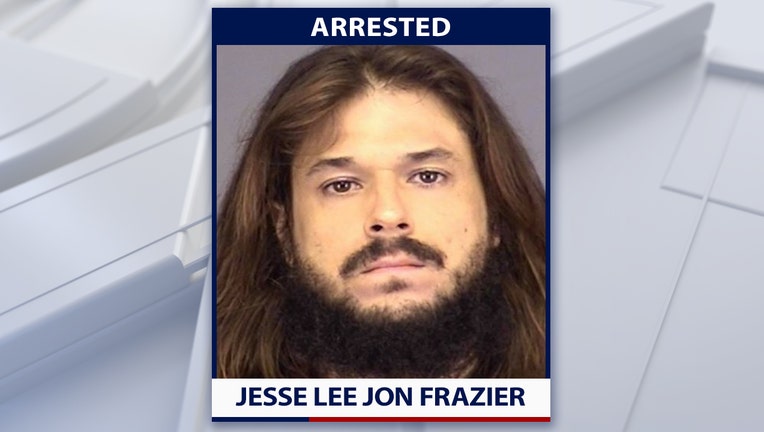 Deputies say Frazier barricaded himself inside a mobile home on Recreation Drive with a shotgun when deputies tried to serve a warrant for felony domestic battery.  Deputies were told he had made suicidal statements earlier in the day.

Frazier surrendered shortly after 3:30 a.m. when the decision was made to toss tear gas canisters into the home.

In addition to the warrant, Frazier was charged with resisting arrest and possession of a weapon by a convicted felon.