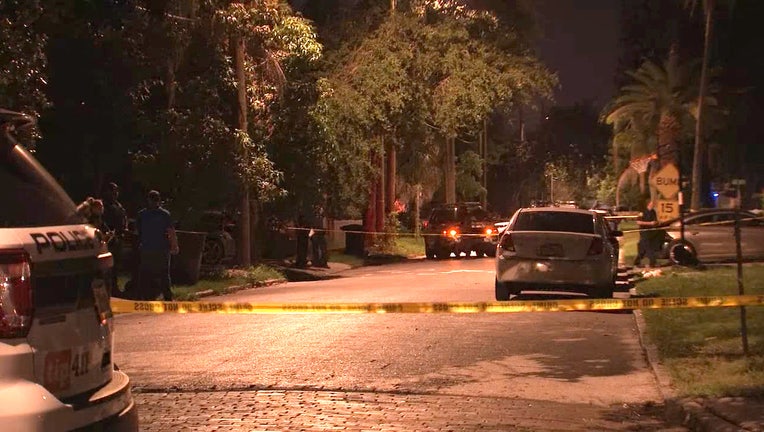 ST. PETERSBURG, Fla. - St. Pete police are investigating a shooting that led to the death of one person and injured another.

The shooting occurred Sunday night shortly after 11:30 p.m. in the 1300 block of 13th Avenue South. Police said the two victims were speaking to a few other people outside when someone fired at the group from behind a home across the street.

A 28-year-old man was critically injured but later died from his injuries, police said. He has since been identified as Demario Q. Thomas.

A 25-year-old woman has non-life-threatening injuries.

As of Monday morning, no suspects were in custody. Anyone with information is asked to call the St. Petersburg Police Department at 727-893-7780. Anonymous tips can be submitted to CrimeStoppers by calling 1-800-873-8477 and tipsters could receive a reward of up to $5,000.