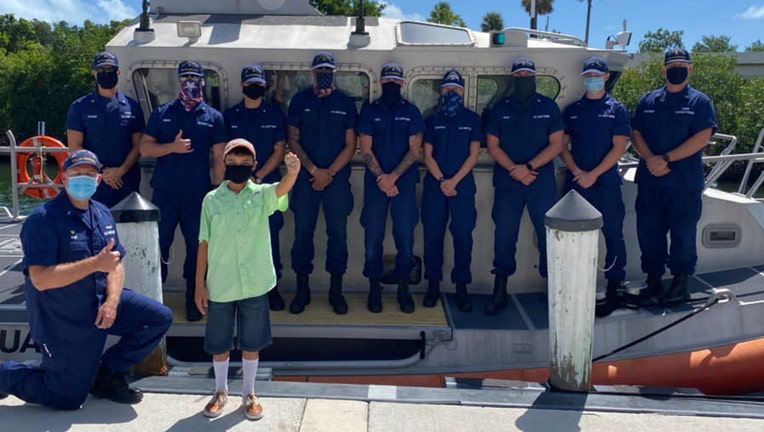 ISLAMORADA, Fla - The U.S. Coast Guard has honored a young boy after he became a hero down in the Florida Keys.

Officials said the grandparents of 11-year-old Avani Perez jumped off their boat near Islamorada, after their anchor line got caught in the propeller. Both of them were swept away  by the current and the boy quickly called 911.

READ: Lottery to determine who can purchase Lakeland's famous swans

A good Samaritan were able to locate his grandparents within an hour, and the Coast Guard located the boat that young Perez was on. He was reunited with his grandparents.

The Coast Guard honored the boy with a gold coin to commemorate his bravery.