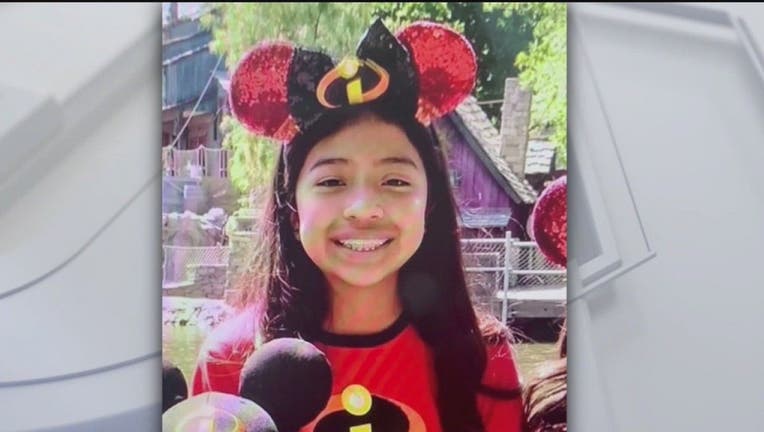 PICO RIVERA, Calif. - A carjacking on Sunday outside a Pico Rivera tortilleria led to the death of a teenage girl and seriously injured her 8-year-old brother, according to the Los Angeles County Sheriff's Department.

The teenage victim was identified by family members as Isabella Cortes.

The carjacking occurred outside the La Mano Tortilleria located in the 9000 block of Whittier Boulevard near Lindsay Avenue, said Deputy Juanita Navarro-Suarez.

Officials said the Cortes family parked outside of the tortilleria shortly after 2 p.m. The parents left their Toyota van on to keep the air conditioning running with their kids ranging between the ages of 8 to 18 inside.

Shortly after the parents entered the market, the suspect jumped into the driver's seat.

Officials said the 18-year-old repeatedly yelled at the man to get out, but to no avail.

A worker who wished not to be identified told FOX 11 that the suspect "looked like he was on something."

The suspect was later identified by authorities as 27-year-old Jose Aguilar.

Aguilar drove off and continued traveling westbound. An 11-year-old boy and 18-year-old girl were able to jump out of the minivan, but a short time later, the other two siblings, Isabella and her 8-year-old boy brother, were forcefully ejected from the vehicle as it went approximately 60 miles per hour, FOX 11 reported.

Isabella struck an object and died on the side of the road.

The suspect continued driving and abandoned the van a few miles away in El Monte.

Aguilar then attempted to carjack another vehicle from a family who was buying fruit at a stand.

Fortunately, Good Samaritans helped subdue the suspect and held him until deputies arrived.

Extended family members gathered at the scene where Isabella died, grieving the loss of a little girl whose life was taken in a senseless tragedy.

Her uncle described Isabella as a kind and smart girl who was one-of-a-kind.

Her 8-year-old brother remains hospitalized. His name has not been released.

Their 11-year-old brother and 18-year-old sister were not injured, authorities said.

Aguilar was arrested and is expected to face multiple charges.

FOX 11's Kelli Johnson and CNS contributed to this report.