WINTER HAVEN, Fla. - Christopher Kilmczak was taking a nap after a long day at work when he was abruptly awakened by Samantha Ussery Wednesday night.

“I was like, ‘Chris, I think I smell smoke,’” she recounted to FOX 13. “I sat on the bed, and I think I am going crazy for a moment, then I see smoke coming into my girls’ room.”

The large home, which was converted into apartments, was on fire and burning fast. 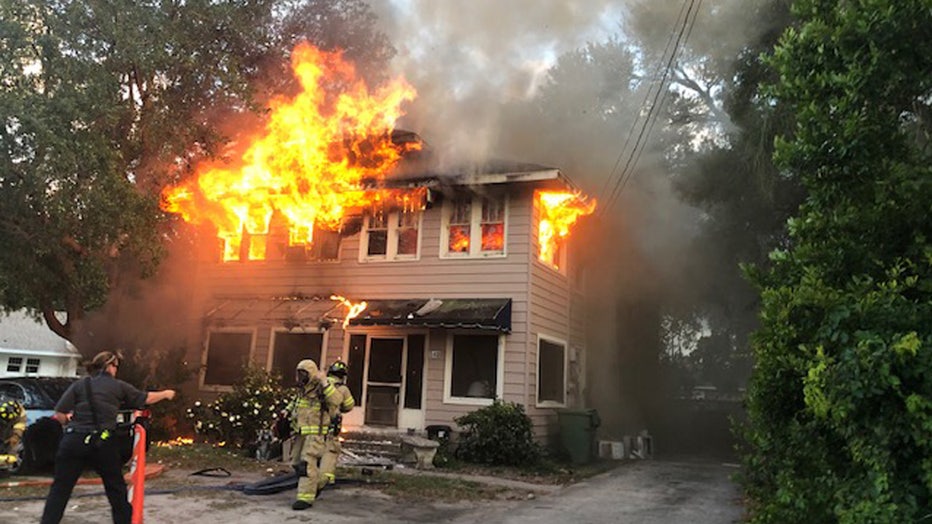 Ussery grabbed their two kids, ages three months and four years, and ran out of the house on Avenue A Northeast.

Klimczak said a mattress had caught fire. Investigators say they suspect a faulty power strip was to blame. 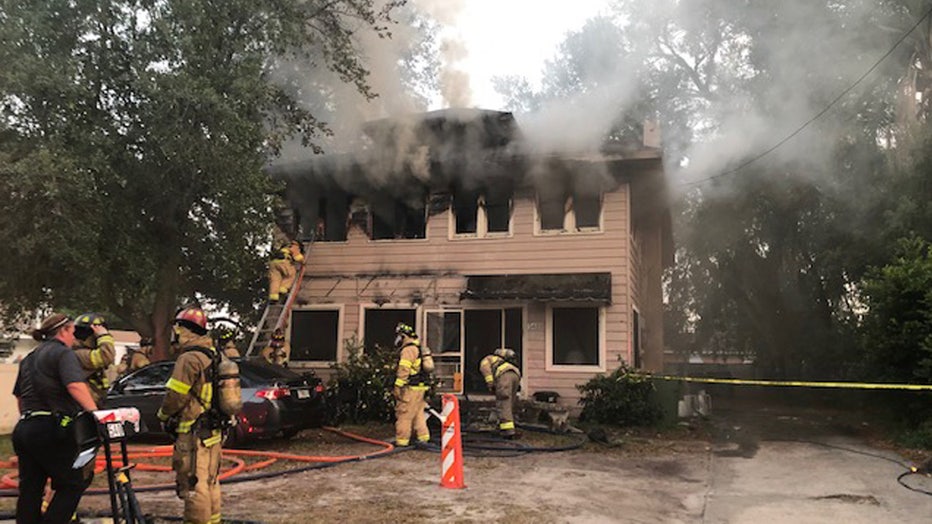 He tried to extinguish the flames, but the fire kept spreading. With no fire extinguisher in sight, Klimczak went for the next best thing.

“I went to the bathroom, got buckets of water and tried to douse the flames, but it wasn’t doing anything,” he said.

Meanwhile, he was yelling for other tenants in the building to get out.

All 14 escaped, as well as a mother dog and her puppies, however, one had to be treated for smoke inhalation.

“One of the poor little pups needed oxygen, but our firefighters got ‘em taken care of, and she is off and running,” said Winter Haven Police spokeswoman Jamie Brown. 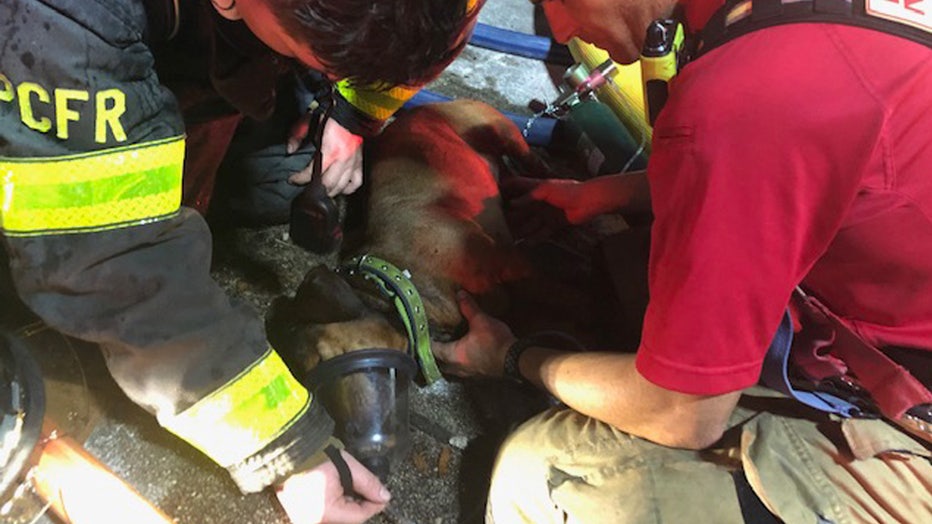 According to Winter Haven Fire Rescue, the 911 call came just before 8 p.m. When crews got there, the large home at 540 Avenue A NE – which records show was built in 1920 -- had heavy black smoke and flames spilling out of the second-story windows.

The American Red Cross is temporality putting the evacuees up at a local motel.

Klimczak has set up a GoFundMe account to help his fellow tenants and neighbors. 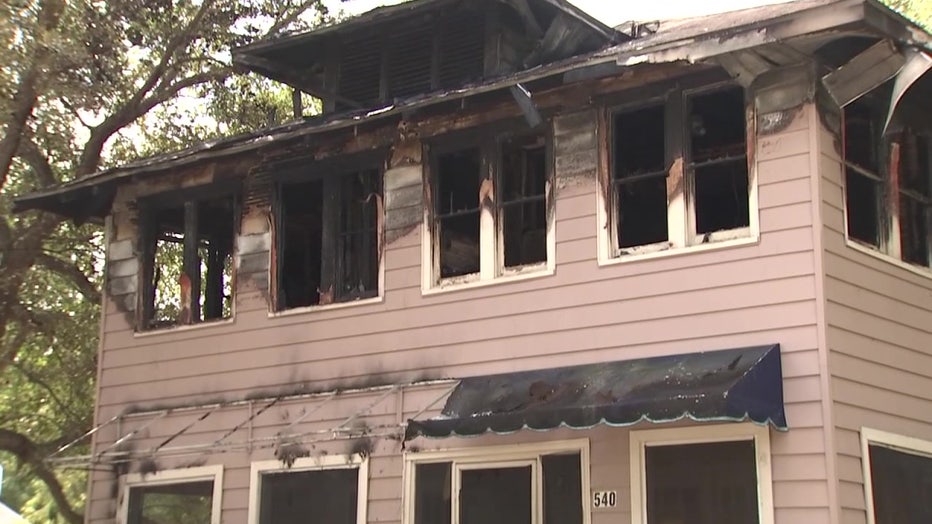