TAMPA, Fla. - Richard Schmidt's days are lessons in the old days. With a crinkle and a fold, he snaps a digitizing machine into place and brings a bit of history into the present.

"We are trying to digitize the history of USF," he said. "These are the boxes of The Oracle from 1960 through 1975. It takes months just to get everything scanned."

After five years of putting online every USF Oracle published from 1960 to 1975, tens of thousands of pages, he developed a new hobby.

"When I am in the zone, I tend to glaze over things," he said. "But I am always finding old advertisements."

Often, they are for Kodak, ham sandwiches, and tires.

But as he went through the edition from April 23, 1969, the past suddenly demanded an answer.

"I had to stop and look at it and just marvel at it." 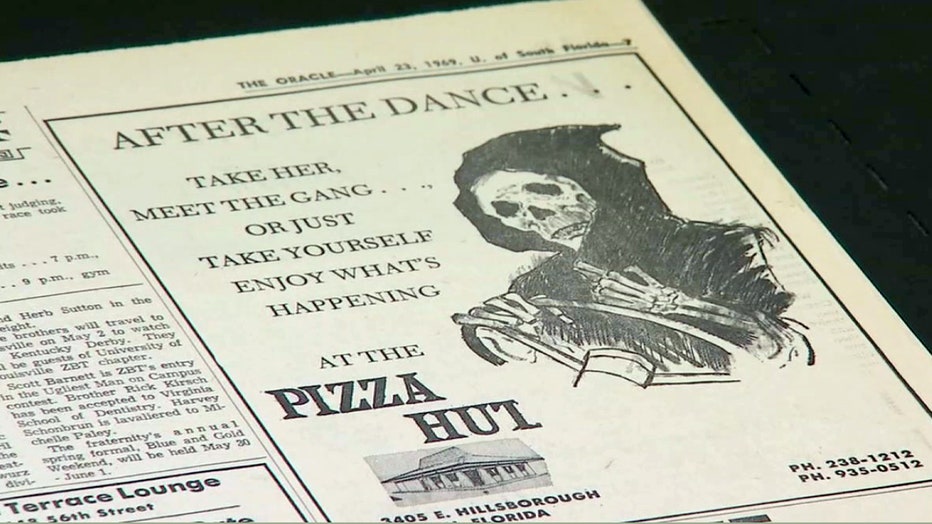 It was an ad for Pizza Hut, with the text, "After the dance, take her, meet the gang, or just take yourself. Enjoy what's happening, at the Pizza Hut."

On the side of the frame is an image of the Grim Reaper, with his bony hands holding a steering wheel. 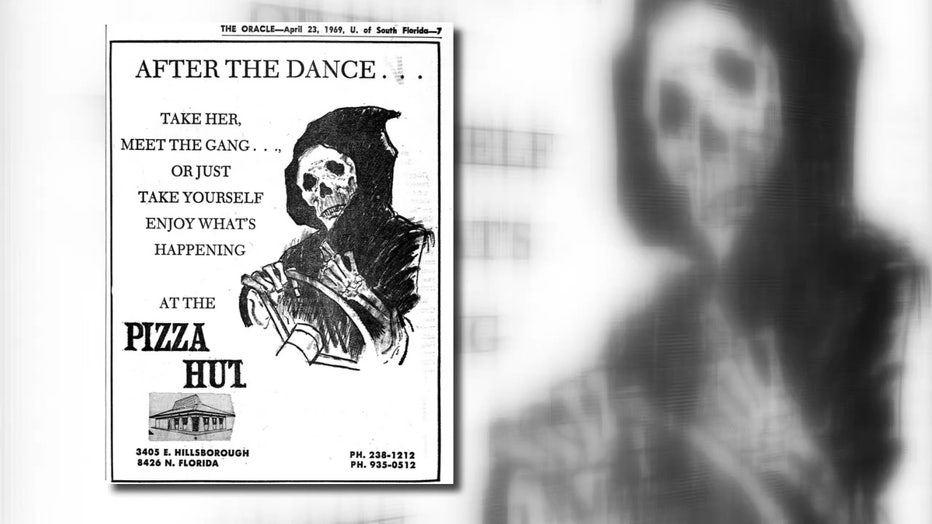 "To me, the message is, "Eat pizza or die," Schmidt said. "The grim reaper is encouraging you to go to Pizza Hut, or you suffer some kind of fate at his hands."

So he did what any good citizen of the year 2022 would do.

He tweeted it with the caption: "Still baffled by this Pizza Hut ad I found in a college newspaper."

"It was alarming because I'd never had anything like go crazy like that before," he said. "And then by the next morning when it hit 32,000, I was like, oh boy."

The era of the Beatles, Apollo 11, and Vietnam, meet that of Taylor Swift, Tesla, and Ukraine. 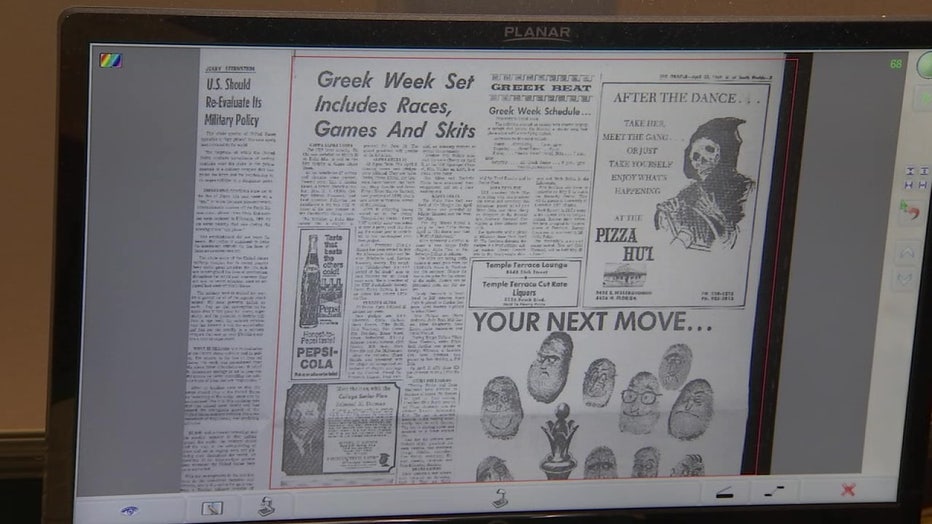 "People are just automatically interested in something that they're their parents or their grandparents would have possibly seen and probably have been just as confused as we are today by it," said Schmidt.

USF's Kelli Burns suspects the grim reaper was about attracting attention, subconsciously, in an age where death, thanks to Vietnam, was front and center.

"It reflects the values of the time, the culture of the time," she said. "There's a lot of advertising that was produced decades ago that would be absolutely unacceptable today." 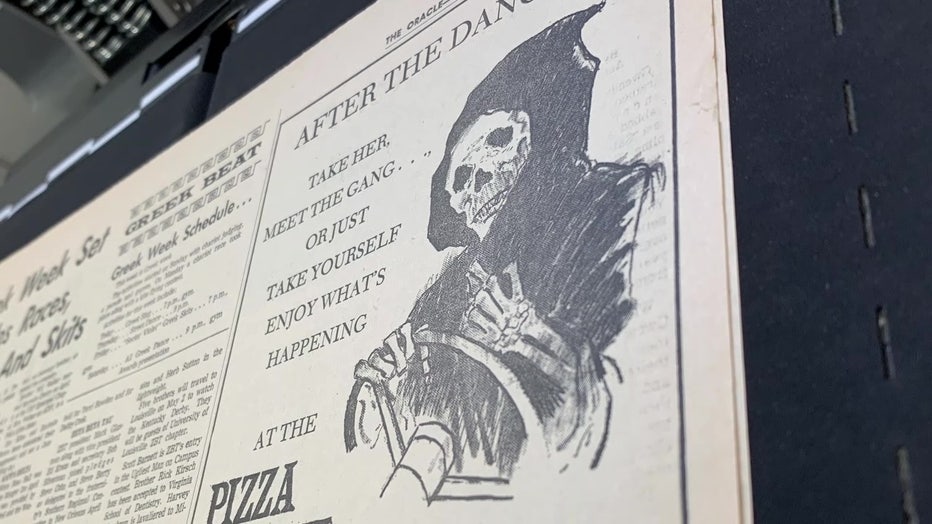 It wasn't printed around Halloween, it's unclear as to which dance it's referring to, and is it targeting couples, groups or someone who is lonely?

"If we got that in a freshman class, we would reject it, for a lot of different reasons."

He suspects the wishy-washy nature of an ad for pizza, that doesn't feature pizza, is why it went viral.

"What are you saying? People go in here and look like they're dead?"

The two locations the ad shouts out, on N. Florida Ave. and E. Hillsborough Ave., are still bustling. 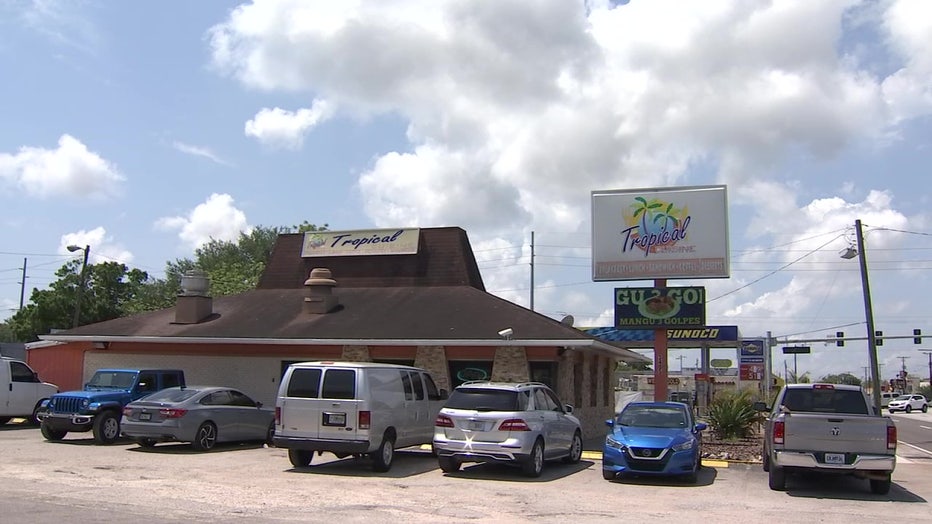 The Pizza Hut buildings are still there, but they're now a tire store and a tropical food place.

Dianne Hart doesn't have to squint to remember what it was like to bring her kids to the lunch buffet.

"You could have as much pizza as you wanted," she said. "It had a really nice salad bar, and the people were all nice and friendly. Lots of families, this is where people would go. People did not need an ad. It was the only Pizza Hut in the community."

The true nature of a viral tweet though, is that almost as soon as it's out there, everyone moves on.

"I think folks are just looking for some strangeness like they want to create a story around things they don't understand," said Schmidt.

He is on to his next box of newspapers, to enshrine USF history in a place that can never be erased.

"It's fun to try to piece together what in the world was going through the minds of the people who released this to the public at the time," said Schmidt. 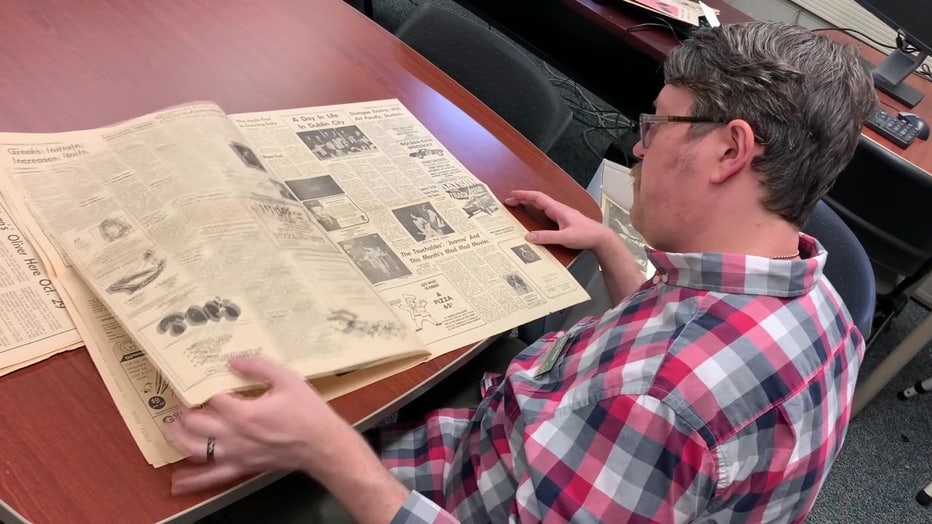 The ad is now as much a part of us as the taste of a pizza, or the feeling of an old gathering spot, no matter who is along for the ride.

USF says it expects it to take potentially a decade longer to digitize every old edition of The Oracle.

The archive is available at https://digitalcommons.usf.edu/usf_oracle_spc/