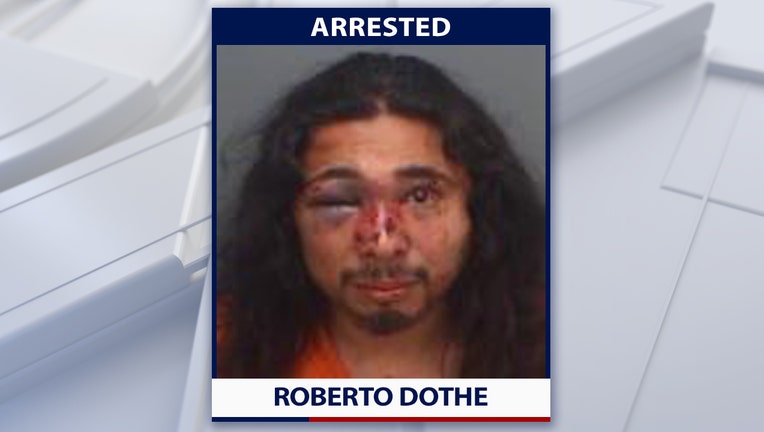 CLEARWATER, Fla. - Roberto Dothe, 24, of Holiday, and Anthony Benitez, 18, of Clearwater, were arrested early Sunday morning after an argument turned physical at Banquet Masters, according to the Pinellas Park Police Department.

Police say a large event was taking place at Banquet Masters, located at 13355 49th St N. in Clearwater, when uninvited guests arrived shortly before 3 a.m. and began arguing with partygoers.

As the argument ensued, police say Dothe and two passengers got into a car and drove into a crowd of people, striking a 10-year-old girl and a 37-year-old man. After hitting the two victims, police say Dothe crashed his car into a parked truck, put his vehicle in reverse and ran them over a second time.

After striking the pair again, police say a large crowd surrounded the car and began attacking Dothe and his two passengers.

Police arrested Anthony Benitez at the scene and charged him with aggravated battery with a deadly weapon. Dothe fled the scene on foot, but was later arrested nearby and charged with two counts of attempted second-degree murder.

Police say the investigation is still active and additional charges are pending.