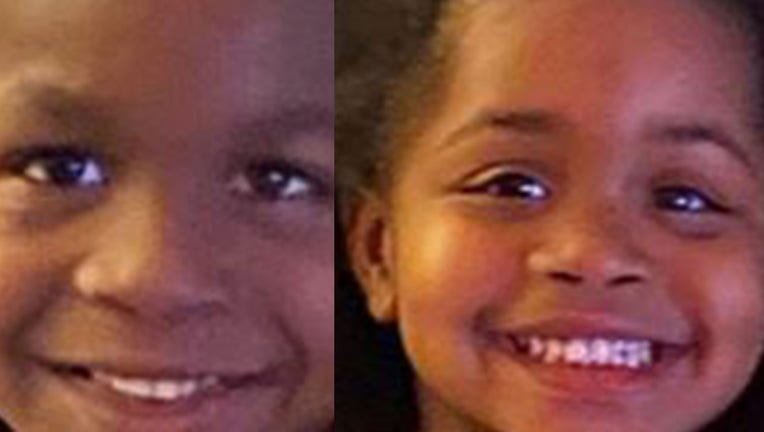 NEW YORK - Two young children forcibly taken from their western New York foster home were found safe Wednesday after authorities tracked a rental car to Alabama and found them on the floor of the backseat, police said.

Police Chief Andrew Forsythe of Greece, New York, said a woman who had been in the car with 5-year-old Dimitri Cash Jr. and his 3-year-old sister Shekeria Cash was taken into custody and being interviewed.

"This is truly a moment that we will cherish forever to be able to bring these kids home safely," Forsythe said.

"This is truly a moment that we will cherish forever to be able to bring these kids home safely," said Police Chief Andrew Forsythe of Greece, New York.

Authorities said the two children were taken from their foster home in a Rochester suburb on Monday night, after two men wearing ski masks broke through a window and tied up a woman and two other children and put tape over the woman's mouth to keep her from screaming.

Forsythe said the investigation found blood evidence, which was processed and led to a local car rental, and the vehicle was tracked to Montgomery, Alabama. Law enforcement observed the woman leaving and conducted a stop, finding the children under a blanket.

Forsythe said the investigation was ongoing and declined to talk about the men accused of doing the break-in.

Police told local media that they were looking for the children's biological father, Dimitri Cash. He reportedly was charged with misdemeanors after trying to take one of his children from an elementary school in January.

"It is far from over. Every person responsible for this abduction will be sought and apprehended," Forsythe said during a news briefing. "They will be held accountable for what they did."