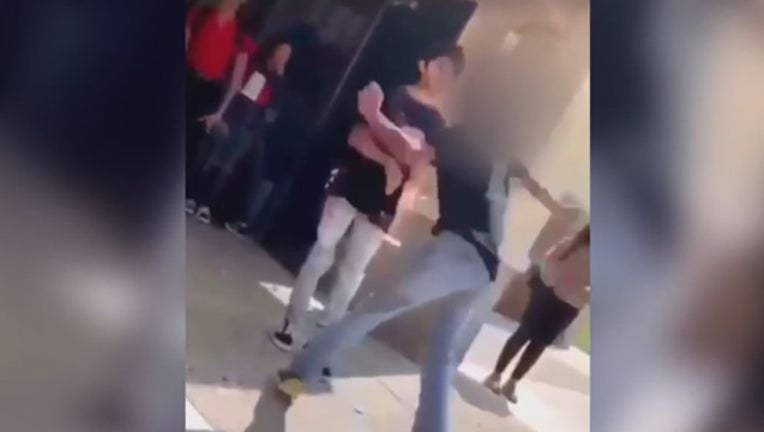 RIVERSIDE, Calif. (FOX 11) - Charges were upgraded on Monday to voluntary manslaughter against two Moreno Valley middle school students involved in a fight that resulted in the death of a 13-year-old boy.

The two male students were arrested on September 16 following a fight at Landmark Middle School that left the 13-year-old boy in critical condition. The boy, identified only by the first name Diego, later died from his injuries on September 25, authorities said.

The two juveniles were initially arrested on suspicion of assault likely to produce great bodily injury. Those charges were amended on September 30, adding one count of voluntary manslaughter against each of them. Their names have not been released because they are minors. Both remain in the custody of Riverside County Juvenile Hall, facing prosecution for the assault.

Video of the September 13 fight that was shared on social media showed one teenager punch Diego before another student punched him again. Diego’s head hit a concrete pillar as he fell to the ground. The first teen punched him a third time before running away.

One of the students arrested for the deadly assault was scheduled to be arraigned Wednesday at a juvenile court hearing, the other is scheduled for October 15.