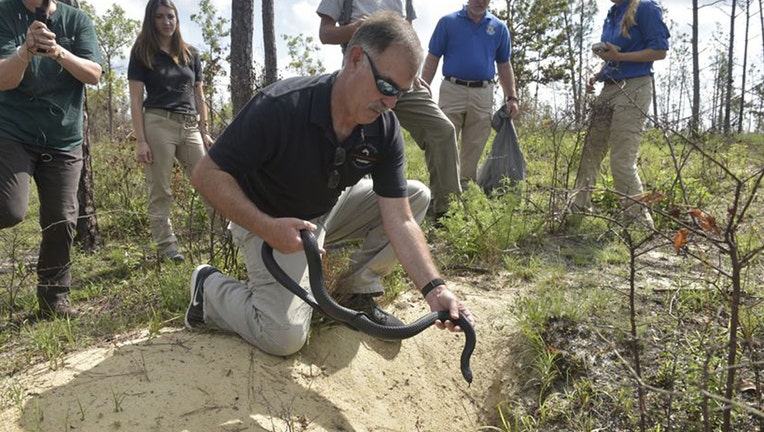 Easing the indigo snake into a gopher tortoise burrow on the preserve. (Tim Donovan/Florida Fish and Wildlife Conservation Commission)

The reptiles were set loose Friday at The Nature Conservancy’s Apalachicola Bluffs and Ravines Preserve west of Tallahassee, the group said in a news release. It’s the fourth year in a 10-year effort to return the native, nonvenomous apex predator to the region. Similar releases were conducted the past three years.

“Today’s eastern indigo snakes release furthers the collaborative effort to bring this beautiful and important snake back to where it belongs in north Florida, and to secure its future here,” said Steve Coates, with The Nature Conservancy in Florida. “We continue to protect and restore the species and landscapes that are critical to supporting nature across our state.”

The snakes released this years were bred and hatched in 2018 by the Central Florida Zoo’s Orianne Center for Indigo Conservation. Previously released snakes have been observed in good health.

The eastern indigo snake is the longest snake native to North America, growing to over 8 feet long (2.4 meters). Scientists say it serves a critical function in its environment, consuming a variety of small animals.

The snakes were historically found in Georgia, Alabama, Mississippi and Florida, though their range is now more restricted. 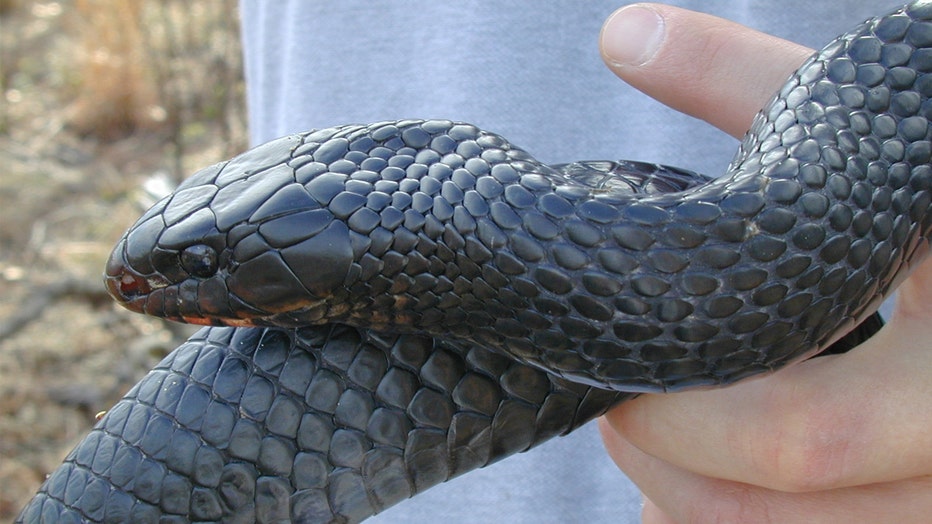