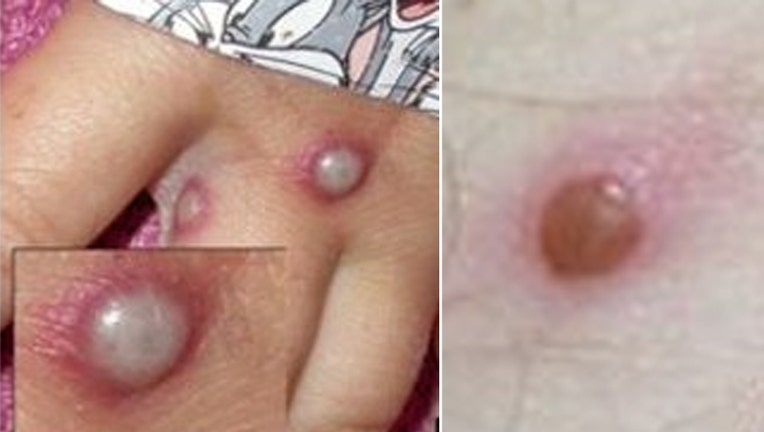 Officials in Broward County are investigating the case, the agency said Monday, stressing that the risk of exposure remains low. The first case was also reported in Broward on Sunday.

Both people are in isolation, and officials said they were working to notify close contacts.

Monkeypox is a virus that originates in wild animals like rodents and primates, and occasionally jumps to people. Most human cases have been in central and West Africa, where the disease is endemic.

Most patients only experience fever, body aches, chills and fatigue. People with more serious illness may develop a rash and lesions on the face and hands that can spread to other parts of the body.

RELATED: Monkeypox: What you should know as the disease spreads around the world

The Florida Department of Health said in its news release that risk of exposure is low since it requires contact with lesions or items that have been contaminated by lesions.

On Monday, a leading adviser to the World Health Organization described the unprecedented outbreak of the rare disease in developed countries as "a random event" that might be explained by risky sexual behavior at two recent mass events in Europe.

In an interview with The Associated Press, Dr. David Heymann, who formerly headed WHO’s emergencies department, said the leading theory to explain the spread of the disease was sexual transmission among gay and bisexual men at two raves held in Spain and Belgium.

"We know monkeypox can spread when there is close contact with the lesions of someone who is infected, and it looks like sexual contact has now amplified that transmission," said Heymann.

To date, WHO has recorded more than 90 cases of monkeypox in a dozen countries including Britain, Spain, Israel, France, Switzerland, the U.S. and Australia. On Monday, Denmark announced its first case, Portugal revised its total upwards to 37 and Italy reported one further infection.

Madrid’s senior health official said on Monday that the Spanish capital has recorded 30 confirmed cases so far. Enrique Ruiz Escudero said authorities are investigating possible links between a recent Gay Pride event in the Canary Islands, which drew some 80,000 people, and cases at a Madrid sauna.