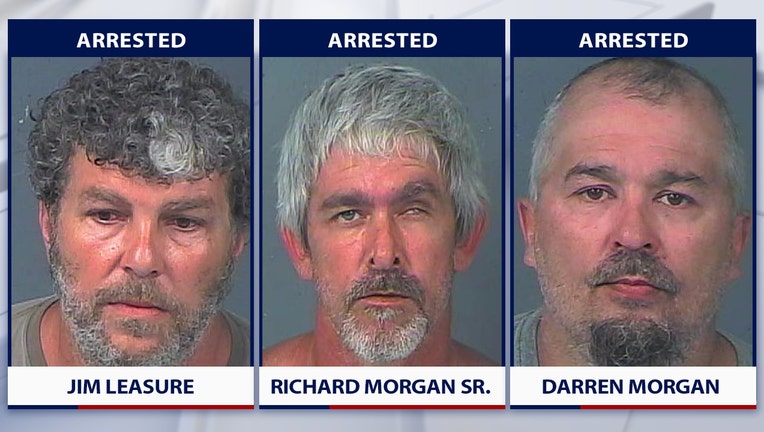 BROOKSVILLE, Fla. - Hernando County deputies arrested Jim Leasure, Richard Morgan Sr. and Darren Morgan after they say the men were fishing from a stolen boat on a lake near the victim's home.

According to the Hernando County Sheriff’s Office, a woman said her 2017 Tracker Topper jon boat was stolen from her backyard on March 5.

She called HCSO on May 5 because she believed she saw her stolen boat out on a lake near her home.

Deputies responding to the scene saw three men fishing in the boat in question. The men came to shore to speak with deputies and the investigation revealed that the men had been using the victim's jon boat to fish for several weeks because their boat was broken.

The three suspects were each arrested on a charge of grand theft.

The jon boat was returned to the victim.