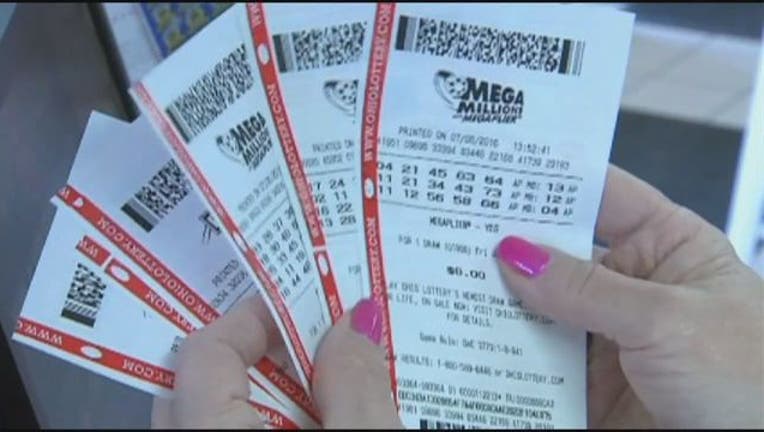 TAMPA (FOX 13) - Someone in Florida has become a multi-millionaire

Two tickets matched the five numbers in Tuesday night’s drawing. One sold in Ohio is a $1 million winner, while the other sold in Florida is worth $4 million because it included the optional Megaplier.

The jackpot continues to roll over to an estimated $418 million after no ticket matched all six numbers: 1, 42, 47, 64, 70, plus the gold Mega Ball, 22. It becomes the fourth largest Mega Millions jackpot in its 15-year history.

It’s the first time the jackpot has surpassed $400 million since the summer of 2016, when a lucky winner in Indiana won the $536 million prize, which was the largest prize ever awarded on a single ticket.

The Florida Lottery has not announced which city in Florida the ticket was sold in.

The next drawing will take place Friday night.