SpaceX and NASA are pushing the Crew-1 astronaut mission to the Space Station to Sunday.

CAPE CANAVERAL, Fla. - SpaceX's Crew-1 team will have to wait another day for their historic mission. On Friday afternoon, NASA Administrator Jim Bridenstine tweeted that the mission was delayed until Sunday.

Bridenstine said in the tweet, "Due to onshore winds and recovery operations, NASA and SpaceX are targeting launch of the Crew-1 mission with astronauts to the Space Station at 7:27 p.m. (EST) Sunday..."

The launch was supposed to happen on Saturday.

It would have been back-to-back launches out of the Space Coast.

On Friday, the United Launch Alliance (ULA) is expected to send up an Atlas V rocket on, carrying a classified spy satellite for the National Reconnaissance Office (NRO).

Space Coast traffic to be busy for crewed launch. Here are the traffic routes to take

Brevard County officials say two rocket launches in two days will have around half a million people on the Space Coast this weekend to witness history in the making.

This will be 141st mission for United Launch Alliance and the 29th for the NRO.

It will be the second crewed flight for SpaceX and marks the first time the mission is considered "operational."

FOX 35 News spoke with one of the NASA astronaut trainers about what it was like for the crew to prepare for the G-force pressure.

“So everyone’s been able to handle it really well. We haven’t had anyone get sick, and all of the astronauts come away from it feeling like they’re that much more prepared for launch day," said NASA trainer Samantha Testa. 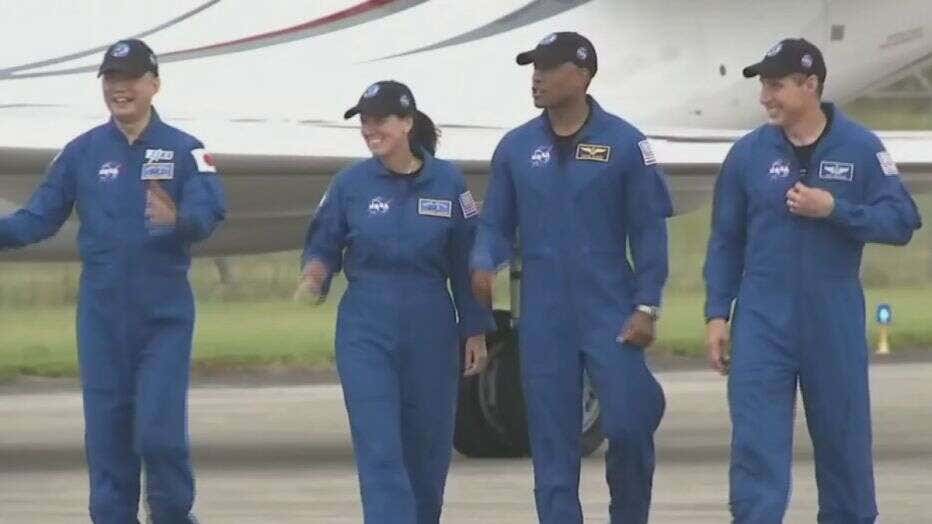 Three Americans and one Japanese astronaut are heading to the International Space Station for a 6-month stay.

This will increase the regular crew size of the space station’s expedition missions from six to seven astronauts, adding to the amount of crew time available for research.

RELATED: Meet the astronauts going on the next crewed NASA, SpaceX mission

FORECAST: How favorable is the weather for Saturday's crewed launch?

Another reason to celebrate this mission: Walker will be the first female astronaut to lift off from American soil since the shuttle mission ended.

You can watch both launches live on FOX 35 News.