PLANT CITY, Fla. - It's an honor that's decades in the making.

It's thanks, in part, to a Bay Area man on a mission to ensure our veterans are not forgotten.

Lines of old, grey headstones might not grab everyone's attention. But when John Lawler notices one missing, it sure gets his. 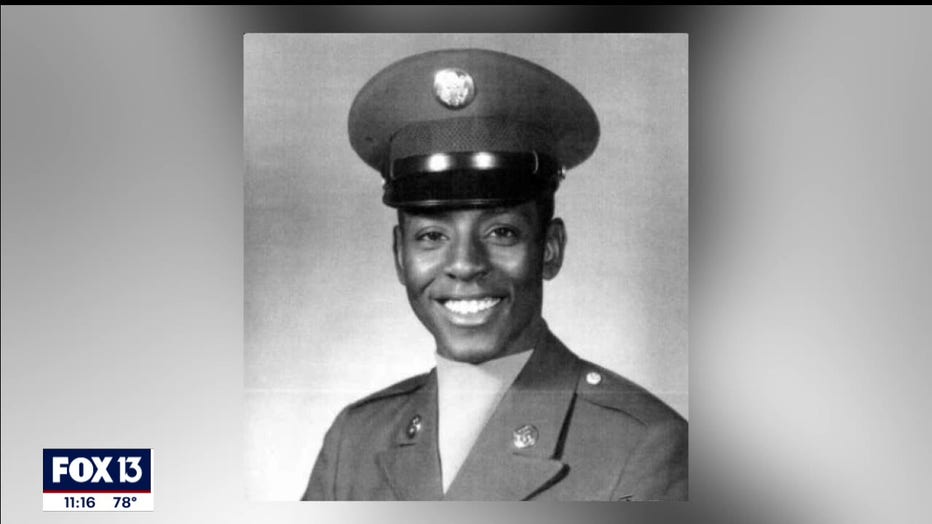 For hours at a time, he wanders the cemeteries in Florida and beyond.

He carries lists of names, often Vietnam veterans whose gravesites are unknown or not documented.

"We had gone to north Florida and we found two unknowns up there this weekend and documented five more," Lawler said.

While visiting Garden of Peace Cemetery in Plant City, he was on a quest to find one particular unmarked grave.

"We found him and from there, it just kind of snowballed," said Jeffrey Black, cemetery superintendent. 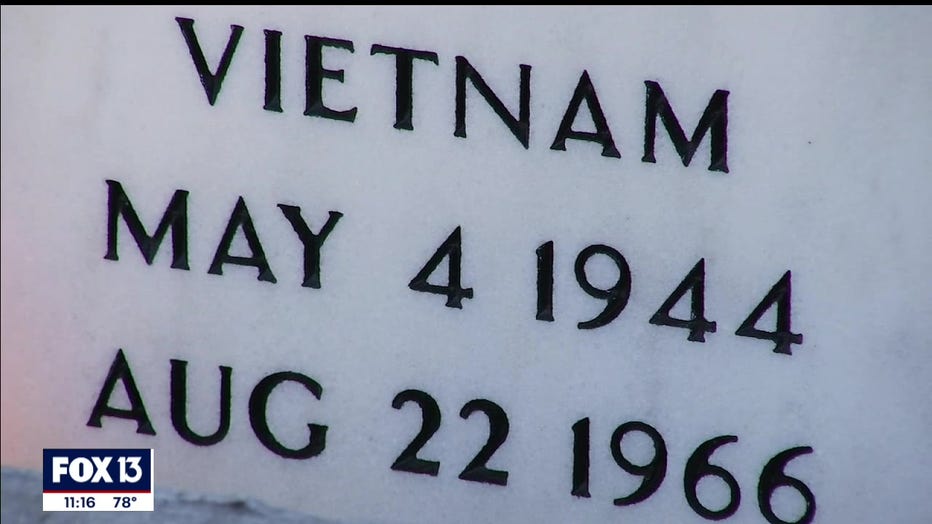 There was no grave marker where he was laid to rest and records show he was never given military honors.

"It was just the above-ground vault lid," said Black. "Every military stone tells a story and Mr. Demps deserves to have his story told or read."

So, the Plant City Cemetery Operations Office got on the case, working closely with the Coffelt Group, which keeps a database of Vietnam War casualties. Tuesday, after 54 years, they were able to celebrate the life of PFC Demps with full military honors and a U.S. government-issued headstone.

"What a remarkable story," said Plant City Vice Mayor Nate Kilton. "What a great way to celebrate Veterans Day and to honor the legacy of a young man that's gone before us."

And on the eve of Veterans Day, Demps' 97-year-old mother was able to celebrate the veteran who's lived in her heart all these years.

"Makes me proud," said Demps' mother, Cleone Thelma Wright. "I thank the Lord for keeping me alive to see this day."

Lawler's father fought in Vietnam, too.

"I consider all of these my father's brothers and sisters of Vietnam so I think they all should be found and they should all be marked." He knows his work has only just begun.

"Very humbled and very proud," Lawler said. "It's a good day. They won't be forgotten. They'll always be remembered."

Lawler says he's working on a second grave marker for a man named Frederick Charles Forte, Junior, a Vietnam veteran and Purple Heart recipient who was laid to rest in Fort Myers.