Polk County investigators say eight people are responsible for stealing and illegally reselling items like baby formula and diapers. Seven of them were caught, while deputies are still hoping the last one will turn herself in.

BARTOW, Fla. - Polk County investigators say eight people are responsible for stealing and illegally reselling "high-priced" items, like baby formula and diapers. Seven of them were caught, while deputies are still hoping the last one will turn herself in.

According to the sheriff's office, the total estimated loss to retailers -- including Publix, Winn-Dixie, and Walmart in 18 different counties -- was a total of $84,669, of which $10,520 occurred in Polk County. The investigation started back in August 2019 with detectives working with state law enforcement officials.

"This is not individual ladies stealing baby formula for their babies -- which is also illegal. This is organized retail crime," Sheriff Grady Judd explained as he clutched a carton of formula in each hand. "For all you mamas that need this formula for your babies, the reason you're paying as much as you are for it is because people -- like I just talked about -- are stealing it, so the prices go up." 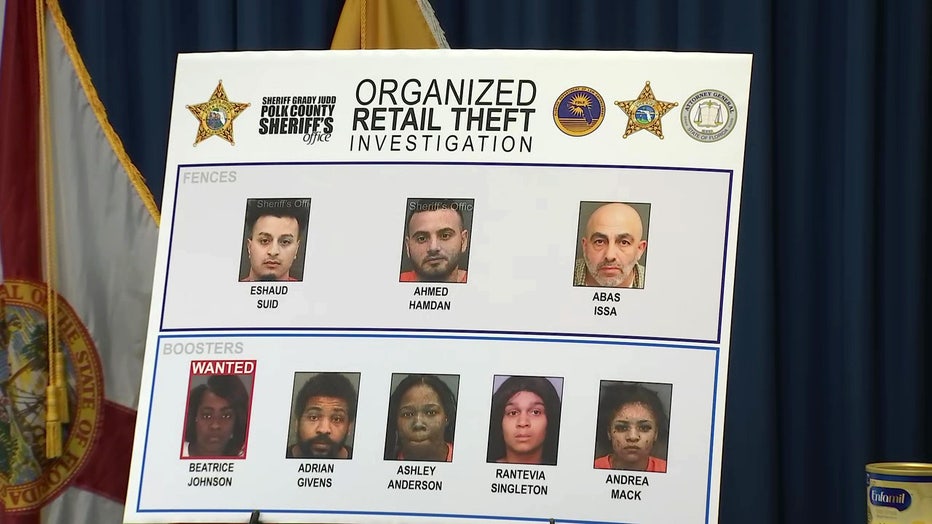 On Wednesday, five suspects were arrested in Hillsborough County and one was arrested in Orlando. Another suspect turned herself in on Thursday in Polk County. 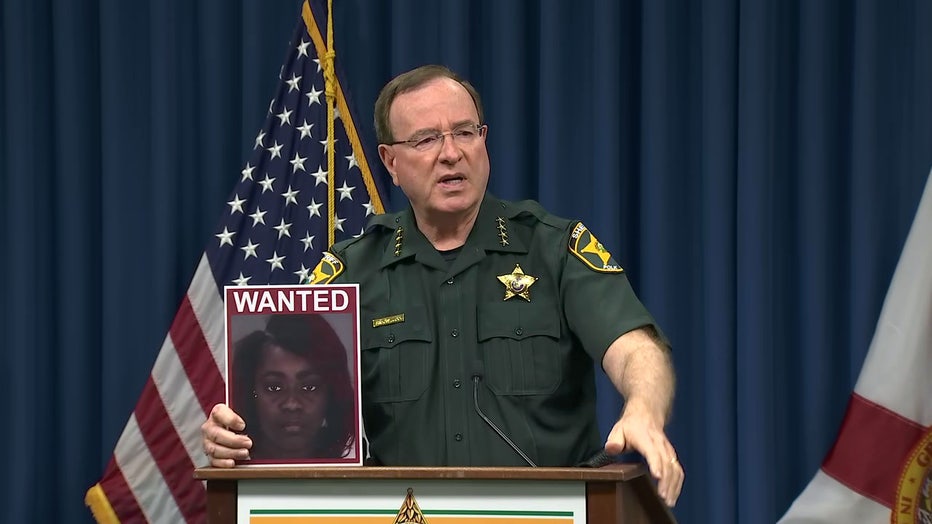 The eighth suspect, Beatrice Johnson, has not been located but has a warrant out for her arrest. Deputies believe she is in Tampa.

"Go ahead and turn yourself in. It's our Christmas present to you," Judd added. "We'll make sure that Hillsborough County feeds you a nice meal at the Orient Road Jail on Christmas Day."