ST. PETERSBURG, Fla. - The Florida city of St. Petersburg kicked off a Russian New Year celebration Friday, recognizing the traditions of its namesake city halfway across the globe.

The eastern European connection goes back more than 130 years and the local Russian American community is working to keep that connection strong.

Tchaikovsky's music played by the Bay Friday afternoon, bringing the sound of Russia to Florida, in a city we share by name. The early Russian New Year gathering took place at Demens Landing, named after the pioneer who gave the city its name.

Though St. Petersburg, Florida's history dates back hundreds of years, it's Russia connection - by name - began in 1888. Legend has it, co-founders John Williams of Detroit and Peter Demens (originally Pyotr Dementyev) of St. Petersburg, Russia made a bet on who got to name the city.

"Peter Demens - Pyotr Dementyev - he won, so it's St. Petersburg," said Victoria Peppard with the Russian-American Club and Russian Heritage Organization. "And he brought the railway here." 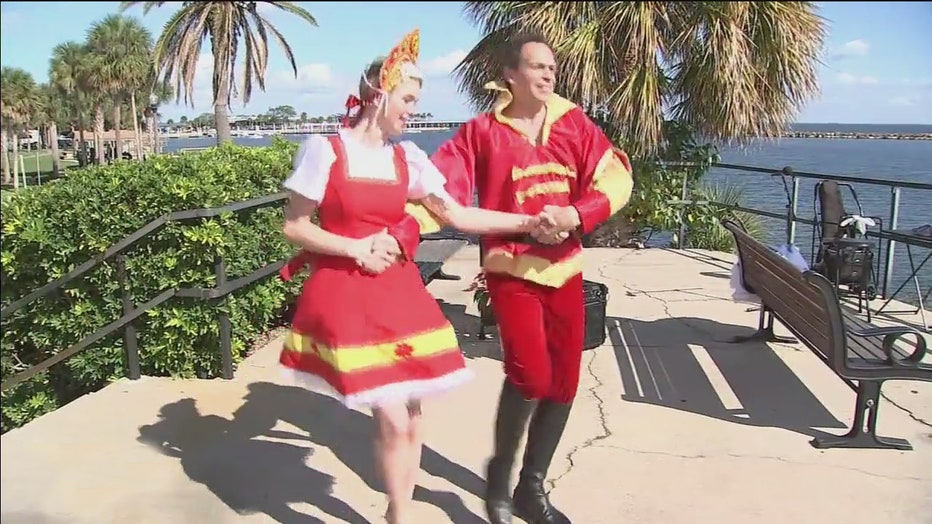 The Orange Belt Railway ran right to the new pier. Now, the Bay Area is home to one of the largest Russian American populations in the U.S.

Malkin, originally from Russia, found himself a home away from home. "We chose it because it is a very artistic city," Malkin said. "I make custom jewelry but the Matryoshka dolls from Russia are most interesting for people."

Though the two cities are quite different, one thing they share is a love of art. They're also listed as "Sister/Friendship Cities." A tree was recently planted at the Russian American Club in Gulfport to symbolize the connection.

Perhaps, soon, the story of how St. Pete got its name will be even more noticeable. "There's a very good chance we're going to put up a first statue," said Hetschinoff. "There are no statues in downtown St. Pete and we are going to put up a statue of Peter Demens and John Willams, the founders of St Petersburg."