TAMPA, Fla. - Criminal defense attorney John Fitzgibbons had strong words at a virtual hearing this morning while fighting to throw out key evidence he says was unlawfully obtained by Tampa police.

"We believe this was a fatal error in the search warrant," said Fitzgibbons.

Fitzgibbons represents Cameron Herrin in the fatal crash on Bayshore Boulevard that killed Jessica Raubenolt and her 1-year-old baby Lillia in May of 2018.

Prosecutors say Herrin and John Barrineau were racing at the time the crash occurred. Herrin’s Mustang stuck and killed the victims.

After the crash, investigators obtained a warrant to search the Mustang, but Fitzgibbons argues detectives never got permission to collect information from the car’s computer, known as the “infotainment system.”

The detective, he says, never included it in the warrant and didn’t even have experience using the 21st-Century technology,

A heartbroken father did not hold back during a Zoom hearing today. He blamed the legal stalling on the defense and suggested they were using the COVID-19 pandemic as a crutch to limp this case along,

But prosecutor Aaron Hubbard dismissed claims the computer information wasn’t included in the original warrant, "What the defense is saying is unrealistic,” he argued.

Defense Attorney Anthony Rickman, who represents co-defendant John Barrineau, also took issue with what he called false or misleading statements made by the detective in the warrant about eyewitness accounts. 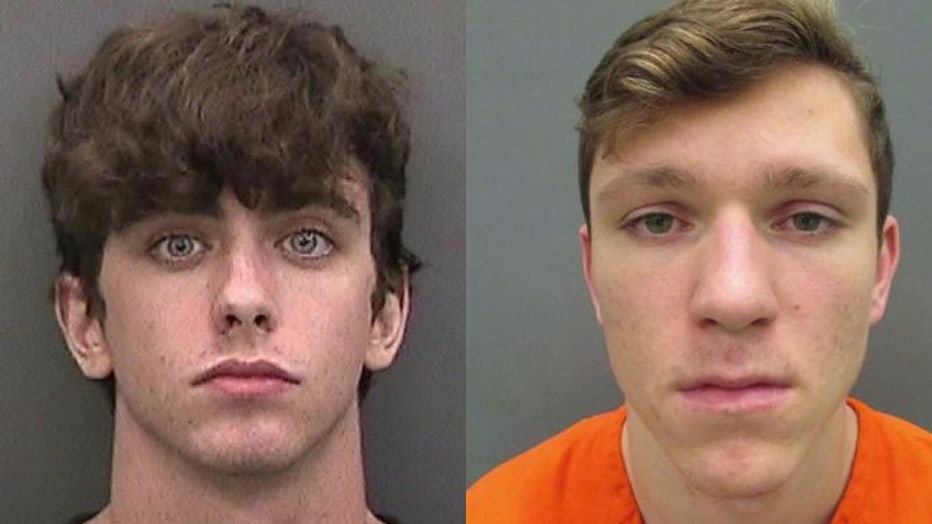 Rickman says witnesses never said the two cars were racing side by side or communicating with one another just before the crash. In fact, he claims the Mustang was traveling 30 to 35 mph at the time of the crash, which is well under the speed limit at the time.

Court documents released Thursday show the driver of the Mustang accused of hitting and killing a young woman and toddler was going much faster along Bayshore Blvd. than previously thought.

But Hubbard argued investigators summarize witness statements in their reports; they don’t document them word for word. He said plenty of witnesses claimed the two were racing.

"Brian Greene does describe racing up until the crash occurred because he saw the victim flying into the air after he saw the vehicles accelerate away from him," said Hubbard.

The nearly three-hour hearing ended with no finale. The judge is expected to rule on whether to exclude the computer evidence in the next couple of weeks.

Both Herrin and Barrineau are charged with vehicular homicide, reckless driving and unlawful racing.