"We were thinking about old school versus new school, because Patrick Mahomes is a puppy compared to Tom Brady, right?" joked Wayne Curtiss, owner of Smack Apparel in Tampa.

They didn’t do that, but for a company known for its creative designs, you never know what you’re going to get with Curtiss’ company.

"We look for something that is clever and creative, and obviously we wanted to see who they were playing so you could put a certain twist on it," he said.

SUPER BOWL IN TAMPA: Latest game news, things to do 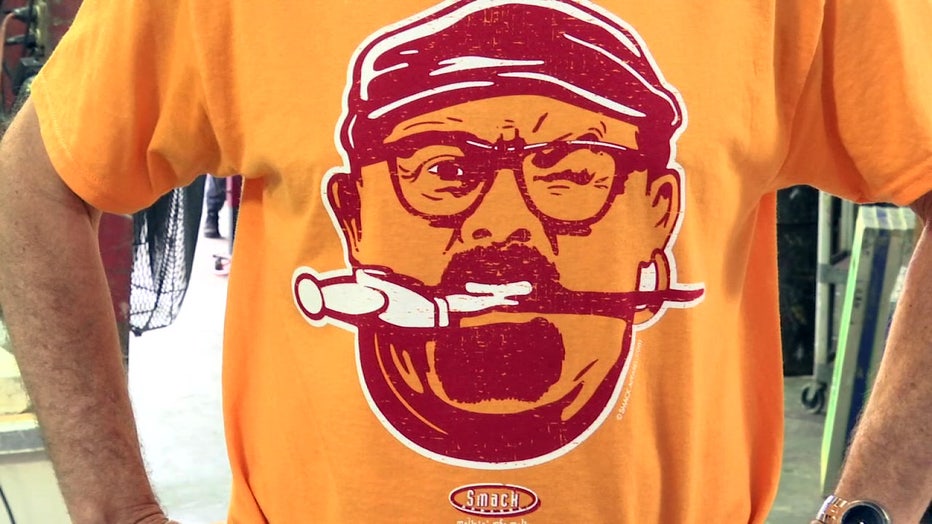 Smack Apparel in Tampa is just one of a few t-shirt companies planning to push out Buccaneers gear two weeks out from the 55th Super Bowl.

"I’m trying to come up with a creative way to embrace what 55 represents to the diehard Bucs fans from the 2002 era," Shapiro said. "And that’s Derrick Brooks."

Shapiro, who made "The Catch" a famous t-shirt during the Rays' MLB playoffs last year, is hoping to incorporate the Bucs’ famed Number 55 into a ‘Super Bowl 55’ tee.

"It’s suddenly all tied together, so I’m working on a couple of designs right now to get out before the big game occurs," he said.

The price of a Super Bowl ticket is already beginning to skyrocket with prices ranging between $11,173 and $75,460 as the Bucs are set to be the first team to ever play in a Super Bowl in their home stadium.

Over at Smack Apparel, they’re fast at work making tees that say, "Defend the Bay." They plan on printing several hundred per hour, and selling them for about $25 per tee.

But nothing is as special as making these for fans to cheer on their home team in the sports world’s biggest game.

"We have been doing this for 22 years," Curtiss said. "But when a local team is doing it, it makes it way more fun."