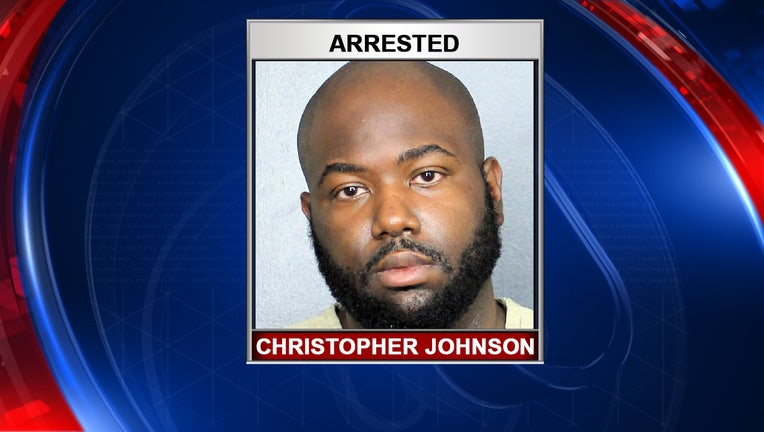 FORT LAUDERDALE, Fla. - A Florida man is facing charges after being linked to almost 60 pornographic videos of a missing 15-year-old girl who police found alive.

Store surveillance video showed the girl trying to shield her face so the clerk couldn't see her. The girl and the man got into a Dodge Challenger with another man and drove away.

Investigators eventually linked the car to 30-year-old Christopher Johnson and conducted surveillance at the man's apartment in Davie. On Tuesday, they arrested him after he and the girl got into a black Dodge Challenger.

Johnson denied having sex with the girl, but "the victim stated that she got pregnant from the defendant and he took her to the clinic to have an abortion," Detective Adam Granit wrote in the report.

No other details about the victim were provided, including why she left home or where she is now.

Johnson is charged with lewd and lascivious battery on a child and is being held on a $75,000 bond. A lawyer for him wasn't listed in jail records.