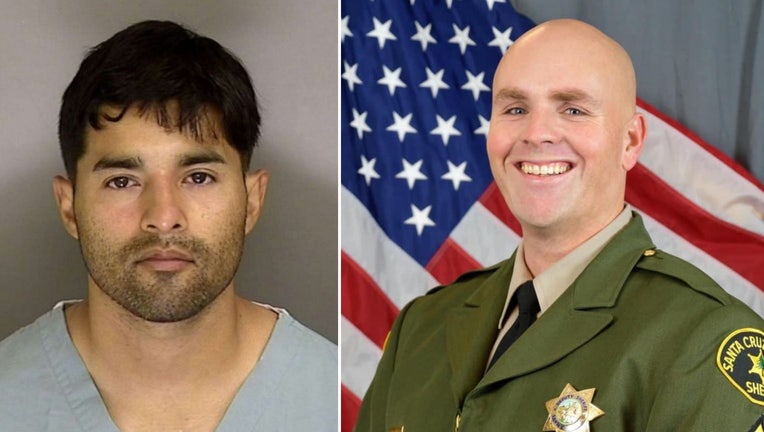 BEN LOMOND, Calif. - The Air Force sergeant accused of killing a California deputy and wounding two other officers in an ambush attack over the weekend reportedly was taught “explosive ordnance awareness” last year while training to join an “elite security unit” within the branch.

“The two-week, 12-hour-a-day course at McGuire covers cross-cultural awareness, legal considerations, embassy operations, explosive ordnance awareness and more,” the Air Force wrote in October 2018 article, describing what it takes to become a member of "an elite security unit that’s filled with individuals trained for a specific job: protecting aircraft and crews from enemy assaults while on the ground in austere and dangerous areas.”

The article was accompanied by a picture of Carrillo undergoing the Phoenix Ravens team training process a month earlier. 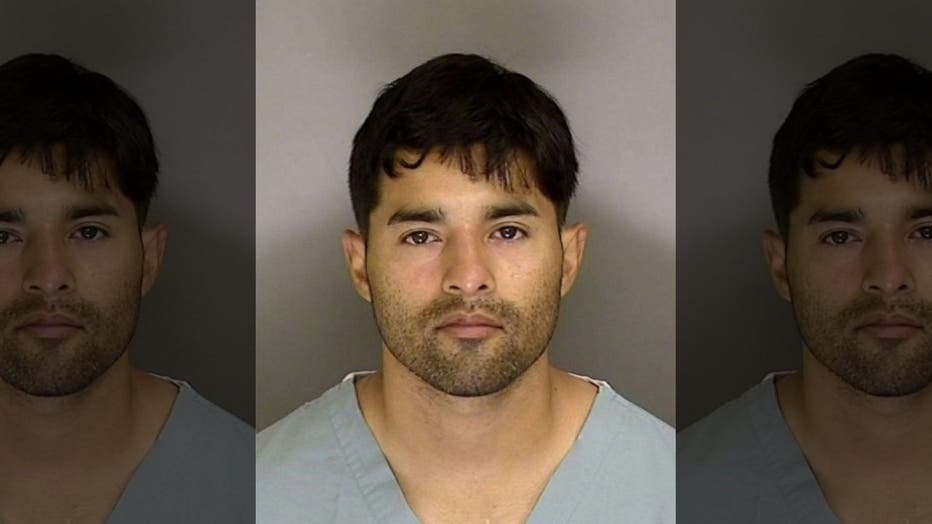 Carrillo, 32, attempted a carjacking and was shot during his arrest Saturday, police say. He is now being treated at a hospital for non-life-threatening injuries.

The incident unfolded when Gutzwiller and the other officers responded to a 911 call around 1:30 p.m. about a suspicious van in Ben Lomond, an unincorporated area near Santa Cruz. The caller said there were guns and bomb-making devices inside, according to Santa Cruz County Sheriff Jim Hart.

When deputies arrived, the van pulled away and the deputies followed. The van went down a driveway at a home, and the deputies were ambushed by gunfire and explosives after getting out of their vehicle.

Gutzwiller was wounded and later died at a hospital. Another deputy was wounded by gunfire or shrapnel and was struck by a vehicle as the suspect fled. A third officer from the California Highway Patrol was shot in his hand, Hart said.

The owner of a marijuana dispensary in the area told the San Francisco Chronicle that he ran into Carrillo on Saturday prior to his arrest. 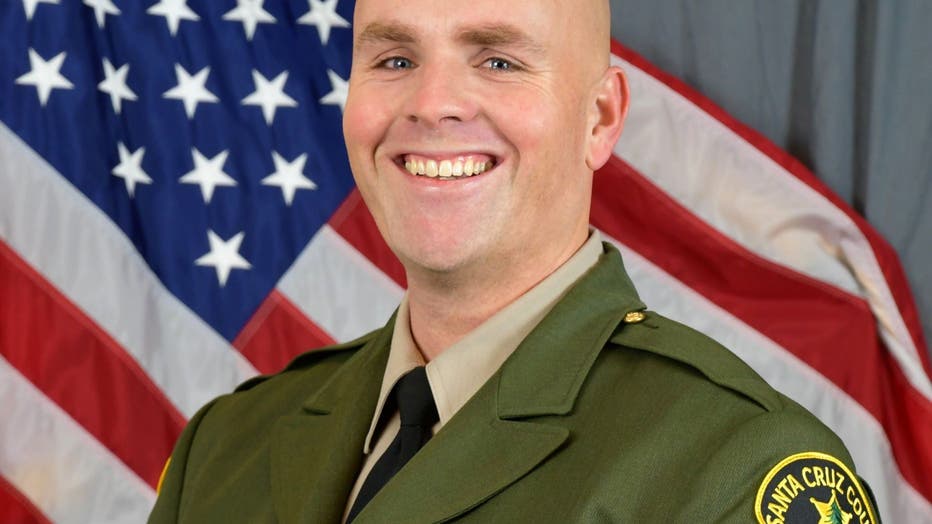 Sgt. Damon Gutzwiller was shot and killed Saturday in Ben Lomond, an unincorporated area near Santa Cruz, Calif., when he and two other law enforcement officers were ambushed by a suspect. (Santa Cruz County Sheriff’s Office)

Patrick McCue, who runs Redwood Coast Dispensary, said the wife of an employee first called the store to warn them of an active shooter nearby. He and another worker – while watching surveillance cameras -- then spotted people running around in the parking lot and decided to go outside to investigate.

“I noticed a guy crouching by a truck and I said, ‘Hey, can I help you?’” McCue told the newspaper. “Then I noticed he had an assault rifle.”

McCue says he and the worker thought Carrillo might have been an off-duty cop responding to the attack, so they didn’t panic.

The store owner says he denied the request and then barricaded himself inside the dispensary until Carrillo was arrested.

“I’m considering myself lucky that he wasn’t still pulling the trigger,” McCue later told the San Francisco Chronicle. “The real tragedy is a good officer was targeted for something he had nothing to do with.”

The motive for the ambush remains unclear.

Carrillo had arrived at Travis Air Force Base, about 50 miles northeast of San Francisco, in June 2018, and was a member of the 60th Security Forces Squadron, a base spokesman told the Associated Press.

Carrillo’s wife, Monika Leigh Scott Carrillo, who was also in the Air Force, was found dead in an off-base hotel in May 2018 while she was stationed in South Carolina. She was 30.

Her death was investigated by the Sumter County Sheriff’s Office, in coordination with the Air Force Office of Special Investigations, and ruled a suicide, according to the Air Force.

Meanwhile, the FBI is investigating a possible link between the Santa Cruz shootings and the May 29 shooting death of a Federal Protective Service officer in Oakland.

Fox News’ Dom Calicchio and the Associated Press contributed to this report.