ODESSA, Fla. - It's never been so easy to get lost in just one room: The Suncoast Center for Fine Scale Modeling is once again welcoming fans of trains, tanks, and all other sorts of models.

The shop opened in Odessa back in 2004 but is always growing and changing.

"A bunch of us had met at the Tampa Bay Garden Railway Society, because we had outdoor railways at the time, and we wanted to do something large-scale that was like fine scale-museum quality. So Frank said ‘Hey, let's get together and build just a point-to-point layout, a large diorama,’ and so this happened," Jim Hopes recalled. "Basically, we kind of got carried away."

Frank is still working on what they call the Sundance Central Railroad, which is what kicked everything off so many years ago. 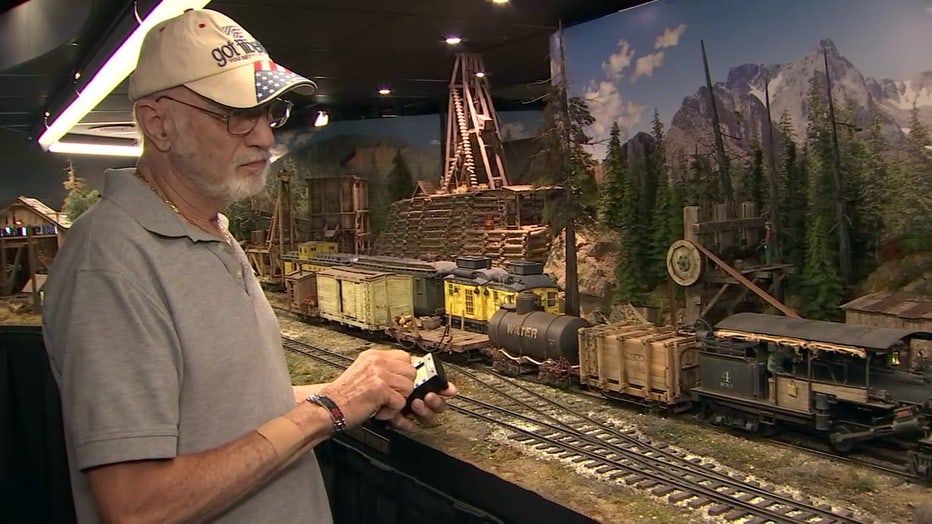 "Basically, the western United States, in the Colorado area in a mountain sort of arena where you have a lot of logging. This is narrow gauge we are depicting here. And so the era is somewhere between 1935 and 1940 in that space," Jim explained, pointing out the features of the display.

Through the years, the layout has traveled the country, everywhere from Portland, Oregon to Portland, Maine, and from Los Angeles to North Carolina.

They eventually added other trains and are now up to five working train layouts in different scales.

Then along came the military dioramas, recreating some memorable moments. 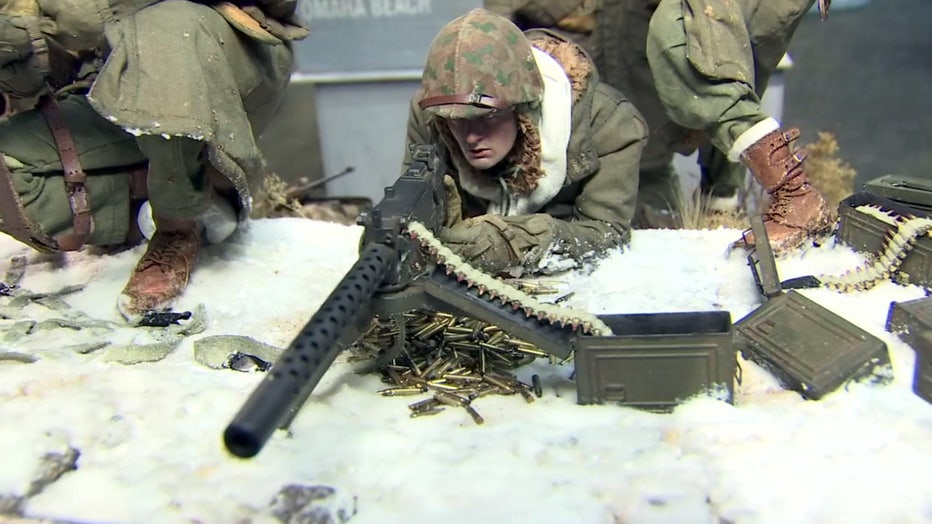 "Well, Dave always had an interest and a background in the military diorama area, so when we got the building here and we had space, he had a lot of that already, but he was adding to his collection," Jim continued. "What we also learned, there are a lot of techniques that people use detailing the military models that are very applicable when it comes to doing the train models as well."

That's right, these guys aren't just hobbyists, they are artists. Most everything you see on display was built from scratch.

"I work on scenery all the time. I do tree clinics, how to build trees," Jim said. "We have others who work on electronics. We probably have three or four people who are very good at scratch-building buildings, like Frank and Dave and John and Richard Schmitt. So those are all things that everybody brings to the table. You put them together and you can put together a pretty good operation." 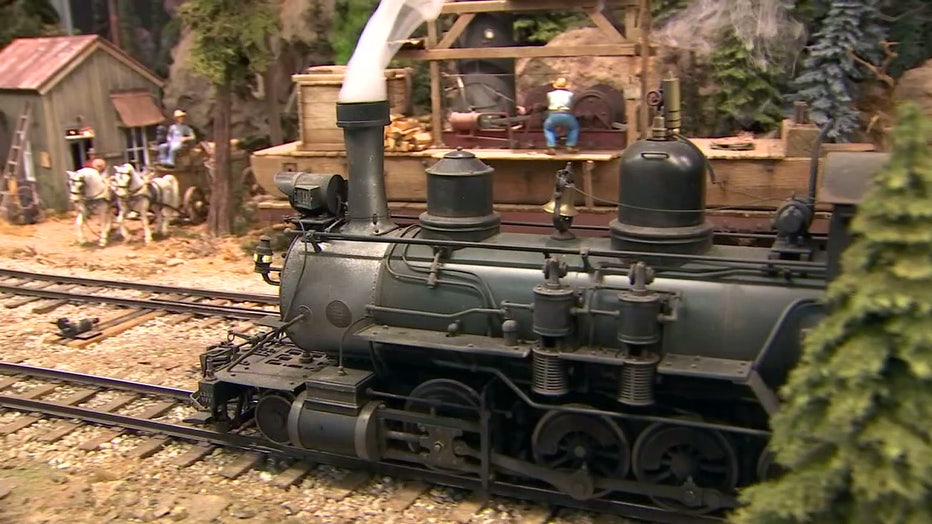 Each scene tells a story with so much detail, it's impossible to absorb in just one visit, and they keep adding and expanding all the time.

"It's like the circus, it has to be bigger and better every year," Jim added.

The Suncoast Center for Fine Scale Modeling is open the third Saturday of the month, September through May. Since this is their last open house before the summer break, they will be open both Saturday and Sunday this weekend, from 10 to 3 each day.