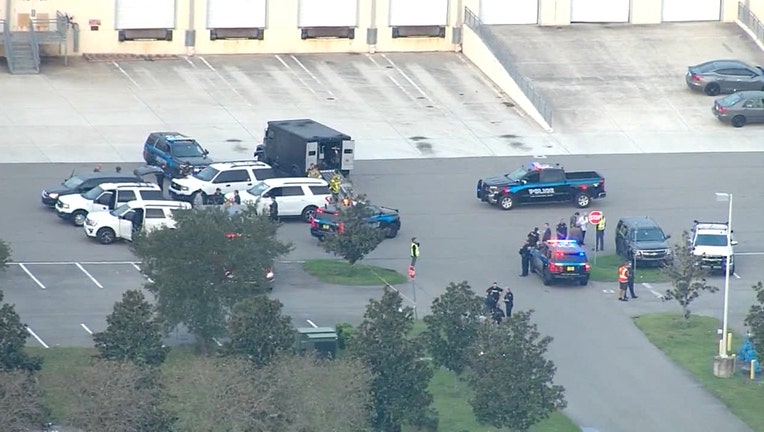 TAMPA, Fla. - Multiple law enforcement officials are investigating Police have given the all-clear at a building on Air Cargo Road in Tampa after a suspicious package was found at a business.

Officials from the airport’s police department, Tampa Fire Rescue and the Tampa Police Department investigated the incident at Air General Cargo, located at 4662 Air Cargo Road. A spokesperson with Tampa International Airport said the company is responsible for processing cargo for airplanes. The company rents space on the airport's property.

Police told FOX 13 a technician reported the suspicious package after noticing a possible explosive device detective by an X-ray machine. The building was evacuated. The package was later determined to be a medical device.