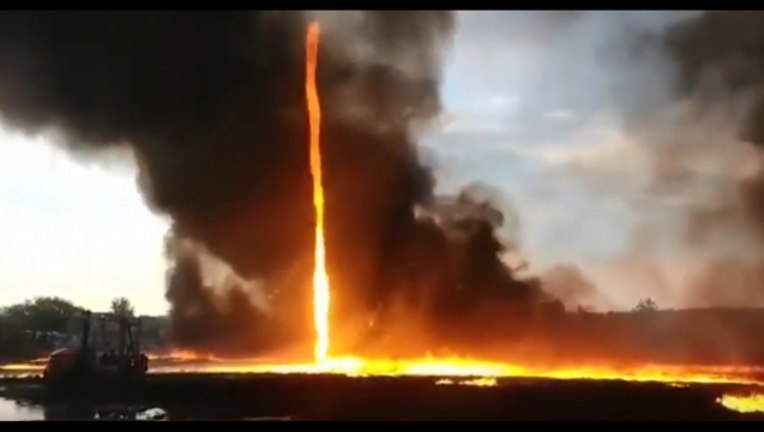 Flames inside a plastics factory in England produced a stunning spectacle rarely seen.

Firefighters from the Leicestershire Fire and Rescue Service faced a rare "Firenado." Crews on the scene captured the remarkable footage of flames whirling upward from the raging flames torching the Derbyshire Facility.

A member of the crew explained what components need to collide to create a Firenado. On Facebook, the firefighter revealed fire whirls occur when "cool air enters the top of the hot air causing a swirl similar to how a tornado is formed."

The fire was put out without causing any injuries or deaths.