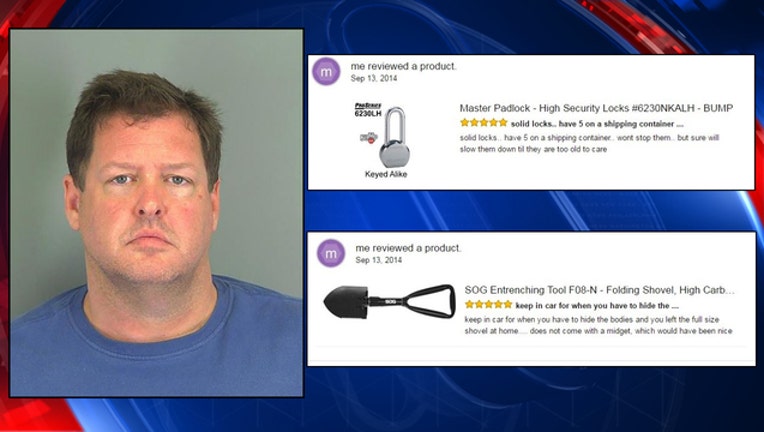 WOODRUFF, SC (FOX NEWS) - Investigators said Monday they were looking into a series of suspicious Amazon.com product reviews that might be linked to the suspect in a string of murders and at least one kidnapping in South Carolina, local media reported.

Officers named Todd Kohlhepp as a suspect in at least seven deaths soon after a woman was found chained by her neck and ankle "like a dog" in a metal storage container on his 95-acre property near rural Woodruff on Thursday. The body of the woman's boyfriend turned up in a shallow grave the next day. The couple had vanished in August.

The Amazon product reviews appeared in 2014, Fox Carolina reported. In one review for a folding shovel, the user wrote, "keep in car for when you have to hide the bodies and you left the full size shovel at home."

Describing a padlock: "Works great.. also if someone talks back.. go old school on them by putting this in a sock and beating them... works great on shipping containers."