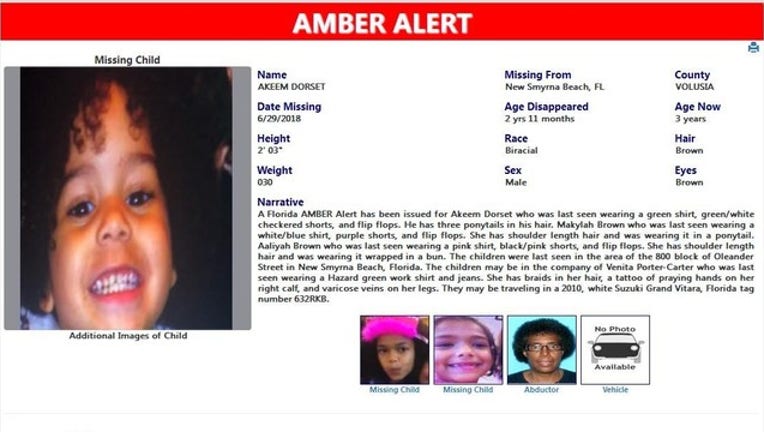 They were believed to be in the company of 65-year-old Venita Porter-Carter, who is a black female weighing 170 pounds, with brown hair and brown eyes.

Police thought they were traveling in a 2010 white Suzuki Grand Vitara with Florida license plate 632RKB.

The amber alert was cancelled within two hours.