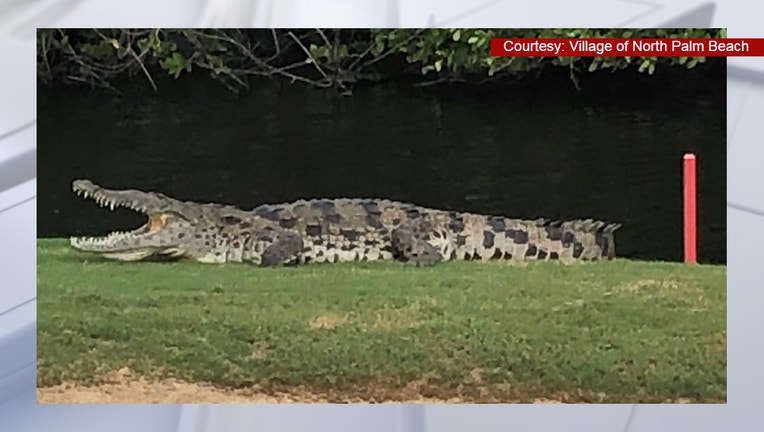 The Florida Fish and Wildlife Conservation Commission has posted a sign to bring awareness to the reptile.  Federal law will not allow the Village to remove the crocodile, so authorities are urging extreme caution.

Florida is the only place in the United States where crocodiles live in the wild, according to state wildlife officials.

"Once federally listed as endangered, their numbers have rebounded from a few hundred to as many as 2,000," FWC says.

Conflicts between the reptiles and people are rare as the crocs are shy and reclusive, according to FWC.

If you ever encounter a crocodile in the wild, FWC asks that you call the agency's statewide nuisance alligator/crocodile hotline is 866-392-4286.