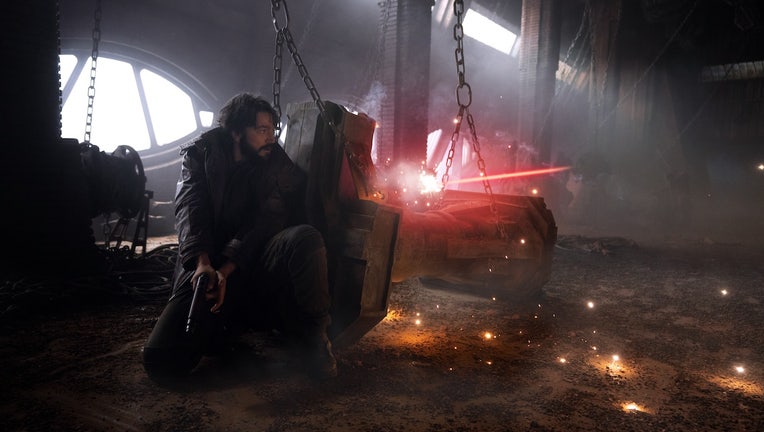 CHICAGO - Disney+ is heading back to a galaxy far, far away — although about a month later than expected.

Following the blockbuster success of its "Obi-Wan Kenobi" limited series, Disney+ is gearing up for the next show set in the "Star Wars" universe. "Andor" is a prequel to 2016’s "Rogue One" (which was itself a prequel to the original trilogy) and follows dashing spy Cassian Andor (Diego Luna) during the formation of the Rebel Alliance. And while the series was originally supposed to premiere in late August, the show’s splashy new trailer reveals it’s now coming in late September instead.

Like "Obi-Wan Kenobi," "Andor" is designed to fill in the gaps in the "Star Wars" timeline — giving fans more details about the time between the prequel films ("The Phantom Menace," "Attack of the Clones" and "Revenge of the Sith") and the original trilogy ("A New Hope, "The Empire Strikes Back" and "Return of the Jedi"). That’s especially true when it comes to the birth of the rebellion against the Galactic Empire.

"Star Wars" novices don’t need to worry, however. The show’s new trailer promises to be a sleek, action-packed espionage thriller that will appeal to more casual fans too.

Indeed, Disney+ seems to be putting a lot of faith in the series, which is set five years before the events of "Rogue One" and headed up by that film’s co-writer Tony Gilroy. A second season of the series is already in development and will lead directly into the events of "Rogue One." And while past seasons of Disney+ "Star Wars" shows like "The Mandalorian," "The Book of Boba Fett" and "Obi-Wan Kenobi" only ran around 6-8 episodes, both seasons of "Andor" will run for 12 episodes each, with the first season covering one year of Cassian’s life and the second season jumping through the next four years.

That’s not the only thing that’s unique about the series either: Unlike previous Disney+ "Star Wars" shows, which deployed an advanced green screen technology known as "The Volume," "Andor" was shot on massive sets and real locations, which gives the show its own distinctive look that you can really see in the action-packed trailer.

During the show’s Television Critics Association press tour panel on Wednesday, Luna and Gilroy emphasized that "Andor" is both epic in scope and deeply personal in nature, with a more visceral, gritty tone than some past "Star Wars" projects. And while the series will explore Cassian’s early life as a refugee-turned-undercover-Rebel-spy, Luna humbly suggested that it’s almost "unfair" to call the show "Andor" because it’s really first and foremost an ensemble series. Joining Luna in the cast are returning "Rogue One" players Saw Gerrera (Forest Whitaker) and Mon Mothma (Genevieve O'Reilly), as well as new characters portrayed by Stellan Skarsgård, Adria Arjona, Denise Gough, Kyle Soller and Fiona Shaw. 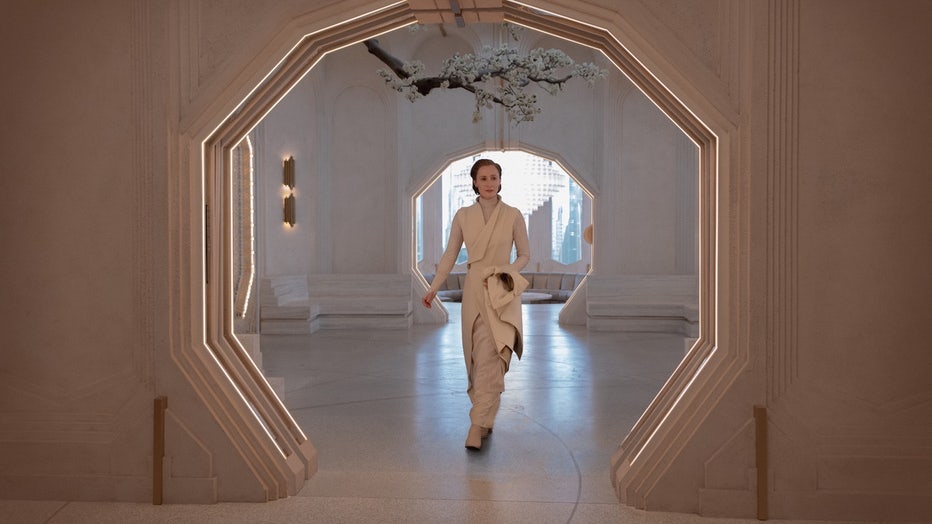 And while those who saw "Rogue One" know that Cassian’s time in the Rebel Alliance has what you might call a definitive endpoint, Luna and Gilroy both emphasized that they didn’t find that limiting when creating a prequel series. As Gilroy put it, "We're all living in a prequel. We're all gonna die." Instead, the surprises of the series will come from discovering the unexpected paths that Cassian takes on the way to becoming who he is in "Rogue One."

Though "Andor" was initially slated to premiere in late August, Disney+ recently pushed back its release date — potentially to leave more space around the streamer’s upcoming Marvel series, "She-Hulk: Attorney at Law," which premieres Aug. 18. Or perhaps the goal was to avoid clashing with the premieres of HBO’s "Game of Thrones: House of the Dragon" on Aug. 21 and Prime Video’s "Lord of the Rings: The Rings of Power" on Sep. 2. The first three episodes of "Andor" will now premiere on Disney+ on Sep. 21, with the rest of the season debuting weekly through Nov. 23.

Here’s the initial teaser the show released in May:

Watch while you wait: "Firefly," streaming free on Tubi

Firefly (2002): Need a cult classic sci-fi series you can cross off your list in just 14 episodes? Then look no further than "Firefly," Joss Whedon’s space western follow-up to "Buffy the Vampire Slayer." Though "Firefly" was cancelled after just one season, its impact still looms large in the sci-fi canon. (It even got a big-screen continuation five years later.) Set aboard the spaceship Serenity, "Firefly" combines the gritty tangibility of the "Star Wars" universe with the sweet workplace family dynamics of "Star Trek," all filtered through Whedon’s unique comedic voice. So pour yourself a glass of Mudder's Milk and enjoy. Rated TV-14. One season, 14 episodes. Featuring: Nathan Fillion, Gina Torres, Alan Tudyk, Morena Baccarin, Adam Baldwin, Jewel Staite, Sean Maher, Summer Glau.

"Firefly" is streaming free on Tubi — get the app