Man recalls moment he realized he fished out a gun

TIERRA VERDE, Fla. - A couple of weeks ago, a man fishing at Fort De Soto Park, in Tierra Verde, thought he'd hooked a big one, but as he fought to reel in his catch, Christopher Sacco realized this was not a fish at all.

At first, he saw what looked like a plastic bag filled with water. Then he saw the handgun. 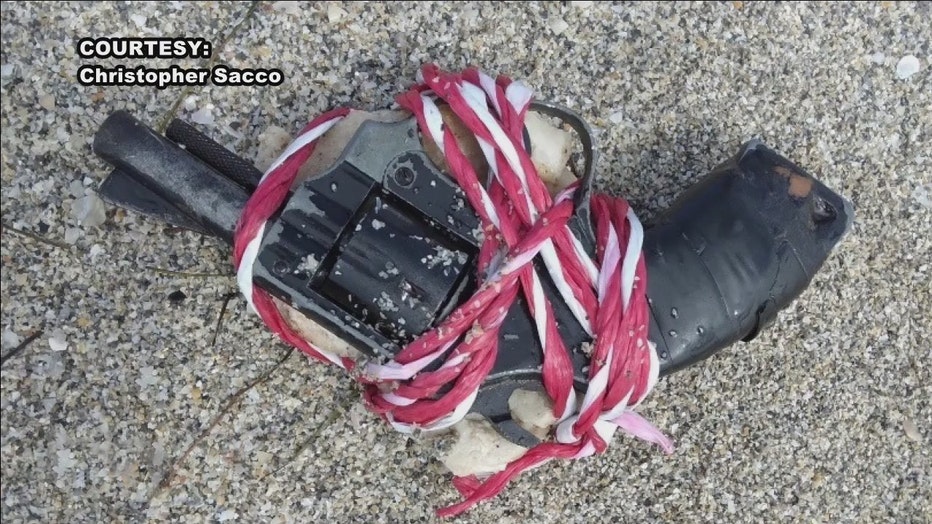 Christopher Sacco thought he hooked a big fish, but it was actually a pistol tied to a rock

The revolver-style pistol was wrapped in a plastic bag and tied to a rock, possibly to weigh it down.

Sacco posted a photo of the firearm on the Tampa Bay Fishing Club Facebook group and it has since gone viral.

The gun’s information has been entered into state and national crime databases and there is an investigation, but the sheriff's office has denied commenting.