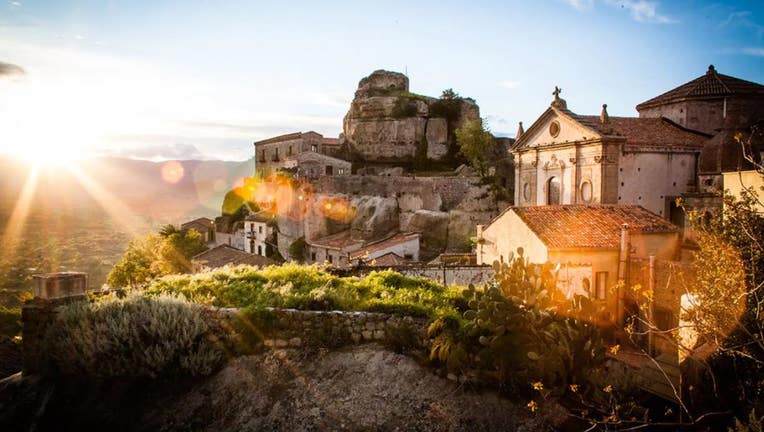 Castiglione di Sicilia sits on the slopes of Mount Etna in Catania near the isle’s eastern coast, and currently has about 900 abandoned homes for sale starting at 1 euro. (Getty)

If American real estate is too hot for your wallet, how about Italy?

Another town in Sicily is selling homes for $1, the latest locale selling properties on the cheap in a bid to lure buyers and revive the area.

Castiglione di Sicilia sits on the slopes of Mount Etna in Catania near the isle’s eastern coast, and currently has about 900 abandoned homes for sale starting at 1 euro ($1.21,) The Independent reports. About half the homes – which are in ruin – are going for just over a buck, while rest (which are in much better shape) are listed at $4,830 and up.

According to the outlet, Castiglione di Sicilia has seen its population plunge through the last hundred years, from a bustling 14,000 people in the early 20th century to a slim 3,000 today. Now, Mayor Antonino Camarda is hopeful that the price is right to breathe new life into the village.

"We have a huge architectural heritage to rescue, packed with history," Camarda said. "Over time, too many people have left, leaving behind a bunch of old, picturesque houses, many even dating back to the Renaissance."

The program launched in March, and the initiative is unique in that the homes are priced at their condition, the mayor claimed.

"We’ve carried out an in-depth study cataloguing each property based on maps and land registry data," he said. All bets are off if there’s a bidding war, however, as a unit will go to auction if there’s high demand.

The only catch? Hopeful homeowners must make any necessary renovations within the next three years. Brave buyers can, however, make the most of local "superbonus" programs that give tax credits for up to 110% of renovation to make properties more eco-friendly.

The latest listings, meanwhile, are not to be confused with Laurenzana in Basilicata or Salemi and Tronia elsewhere in Sicily, which have also listed homes for $1 in recent months in a bid to bring in new residents.