During the first week of ‘Military May," FOX 13 is highlighting service members who received the Silver Star for gallantry in action against an enemy of the United States. Army Veteran John Jaquez, of Spring Hill earned a Silver Star while defending the village of Nhi Ha from North Vietnamese infiltration.

The U.S. Army's top three awards are the Medal of Honor, the Distinguished Service Cross and the Silver Star.

PREVIOUS: Vietnam veteran earns Silver Star for helping save lives during the Battle of Hue City

John Jaquez, of Spring Hill, is a US Army veteran who served two tours during the Vietnam War. He earned a Silver Star while defending the village of Nhi Ha from North Vietnamese infiltration. The village was a key route between North and South Vietnam. 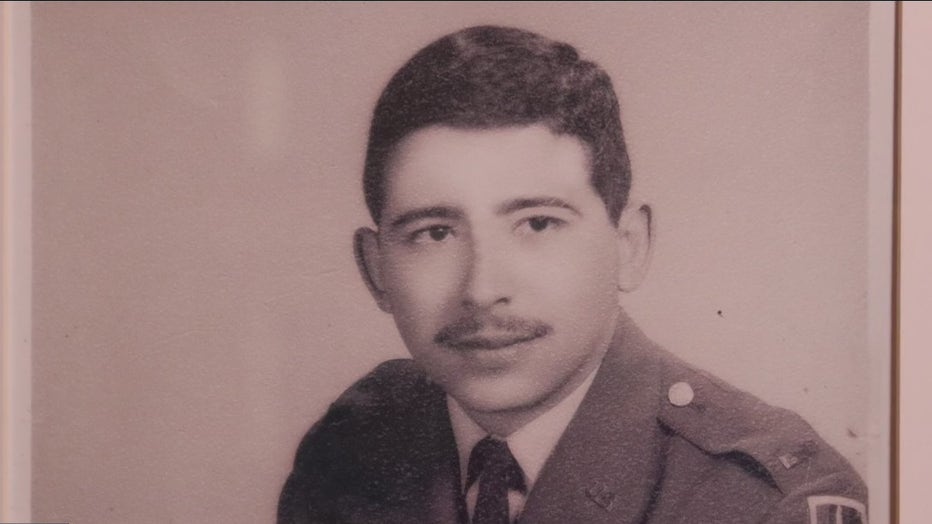 Below is the citation from the Department of Defense in awarding John Jaquez his Silver Star. At the time, Jaquez was an artillery officer:

"For gallantry in action against the enemy on 10 May 1968, in the republic of Vietnam, while serving as forward observer of Task Force Tiger, 3rd Battalion, 21st Infantry, 196th Infantry Brigade, Americal division. During this period, Task Force Tiger conducted the defense of Nhi Ha in the Quang Tri Province. At 0535 hours, Task Force Tiger came under an intense mortar and heavy artillery fire preparation in support of an attack by the North Vietnamese battalion. Realizing that communications had been lost with the 81 mm mortars and that tubes were not firing, Lieutenant Jaquez, with complete disregard for his own personal safety, voluntarily left the Task Force Tiger command post and moved through the heavy enemy fire over a distance of 40 meters in order to reach the mortar position. He immediately organized and encouraged the crew to man their guns and place effective fire on the advancing enemy. During the next 20 minutes, Lieutenant Jaquez personally directed the mortar fire while constantly exposing himself to enemy fire. By now, the enemy had moved to within 30 meters of the perimeter. Satisfied that the mortars had placed effective fire on the enemy, he again braved enemy fire, moved from position to position and returned to the command post, where he immediately called in artillery strikes on the enemy positions. The accuracy of the artillery and mortar fire and tactical airstrikes were a major factor in the defeat of the enemy. Lieutenant Jaquez’s unquestionable valor in close combat against a numerically superior hostile force was in keeping with the highest traditions of the military service and reflects great credit on himself, the 196th Infantry Brigade, and the United States Army."