The U.S. Marine Corps top three awards are the Medal of Honor, the Navy Cross and the Silver Star.

Retired Colonel William Fite, of Tampa, served 27 years in the US Marine Corps. During the Vietnam War, he earned a Silver Star during the Battle of Hue City. It’s considered to be one of the longest and bloodiest battles of the war. 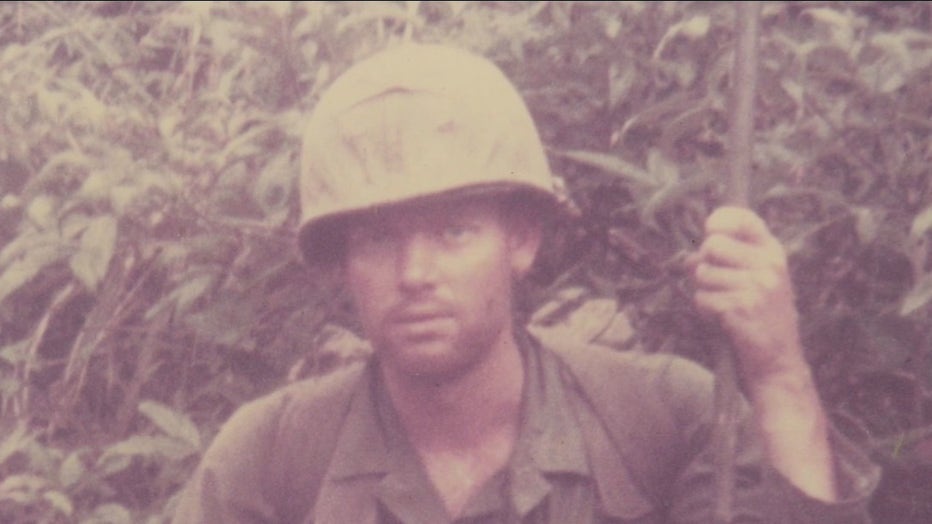 Below is the citation from the Department of Defense in awarding Fite his Silver Star. At the time, he was a First Lieutenant serving as an advisor with the Vietnamese Marine Corps:

"The President of the United States of America takes pleasure in presenting the Silver Star to First Lieutenant William C. Fite, III (MCSN: 0-94694), United States Marine Corps, for conspicuous gallantry and intrepidity in action while serving in the Republic of Vietnam from 17 February 1968 to 24 February 1968. As Assistant Senior Marine Advisor to the Fourth Vietnamese Marine Corps Battalion during Operation HUE CITY, First Lieutenant Fite joined the lead company as it proceeded into action under an intense crossfire from enemy small arms and rockets. The enemy force was so well entrenched that, despite First Lieutenant Fite's direction of artillery missions and close air strikes to cover the advancing unit, the lead elements came under such withering fire that they were forced to withdraw, leaving their dead and wounded behind. First Lieutenant Fite immediately devised and initiated an evacuation plan, and moved forward again in an effort to more closely control and direct helicopter gunship fire against the entrenched enemy forces. Without regard for his own personal safety, First Lieutenant Fite remained in position with the lead element and directed air strikes into enemy positions less than 50 meters away. Taking advantage of the air strikes, several Vietnamese Marines crawled back to the wounded personnel and carried them to safety. First Lieutenant Fite's quick thinking and precise adjustment of gunship and artillery support enabled his unit to retrieve their wounded, thereby saving many lives. The battle continued to rage with increasing intensity, and First Lieutenant Fite remained with the lead units of the Fourth Battalion during the fight for the Citadel. He directed artillery and air support which significantly contributed to the overall success achieved by the Fourth Vietnamese Marine Corps Battalion during Operation HUE CITY. First Lieutenant Fite's indomitable spirit and personal courage were in keeping with the highest traditions of the United States Naval Service."