TAMPA, Fla. - Mark Cohen's artwork over the past year has focused on healthcare workers and their tireless fight against an unpredictable pandemic.

"The title on this painting is ‘Sophie.’ Sophie is a nurse. She works a double shift, has been working double shifts since COVID started at two academic hospitals in Pittsburgh, seven days a week for the past year," he explained. "She took a month off to visit her father in West Palm Beach and even though she's been vaccinated she still got COVID."

His large-scale paintings have been on display for those on the frontlines of the virus at Tampa General Hospital.

"I was interested in healthcare workers because most of my marketing career was spent working for an academic medical center," Cohen said. "So, that's where I went looking for subject matter." 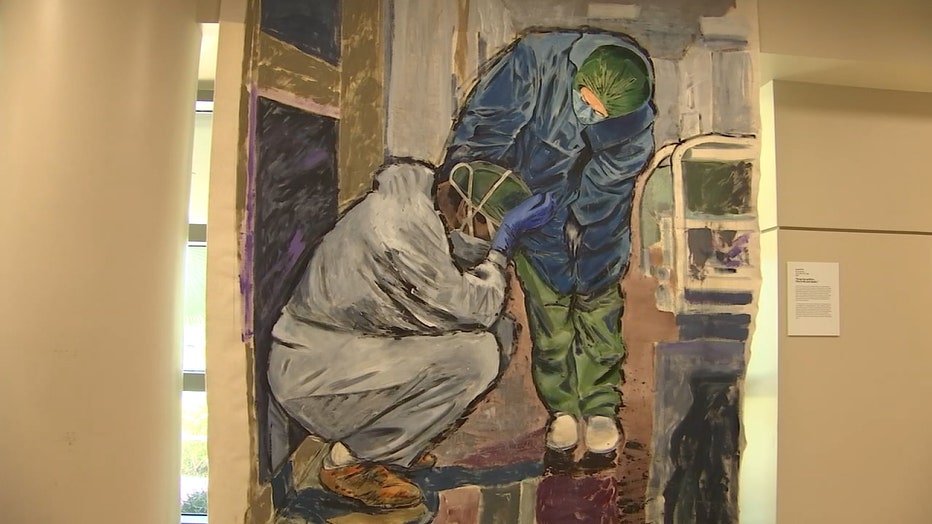 He is a late bloomer in the art world. He didn't actually start painting full time until his 60s.

"I wanted to do something that would have some meaning, so I could say to my children, ‘Here's what I did late in life and you can do the same thing if you choose to. You don't have to make a career,’" said Cohen. 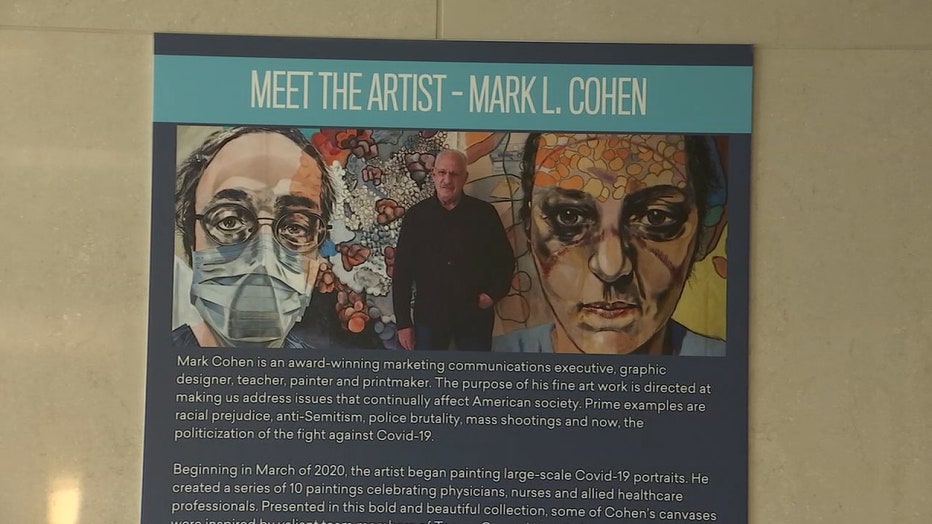 In his paintings, he's recreated pictures of healthcare workers taken during the pandemic.

"I found a photograph of two Tampa General employees and they work in the COVID ward at Tampa General," he explained. "They are actually people who incubate seriously ill patients. They're a husband and wife team. I saw that photograph and I fell in love with it and this is really before it became a worldwide phenomenon." 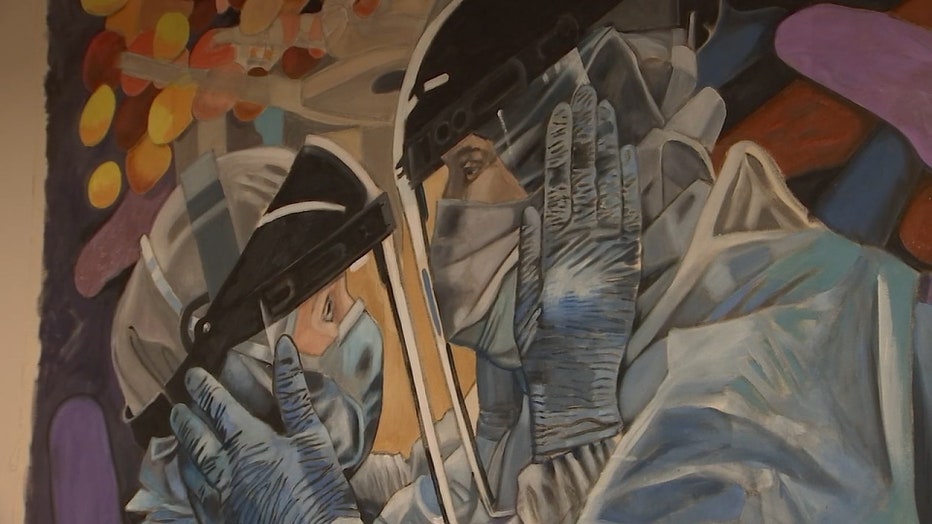 Cohen's art is an expression of his gratitude.

"My message is how much I respect them," he described, "and how much I admire them."