Floridians should do more to plan for hurricanes, study finds

One month into hurricane season, many Floridians think they are prepared for a hurricane. A survey shows they likely are not.

The official start of the Atlantic hurricane season may not be until June 1, but a tropical cyclone has developed earlier than that date in each of the last seven years.

About 97% of all tropical storms and hurricanes in the Atlantic Basin, which includes the Atlantic Ocean, Caribbean Sea and Gulf of Mexico, occur during the six-month hurricane season between June and November.

But every year since 2015 has proved that tropical cyclones can roam the Atlantic before June 1 during what is technically the "offseason," proving that not every season follows a strict calendar.

According to the National Hurricane Center, only 3% of Atlantic tropical cyclones occur outside the official hurricane season. While the majority of out-of-season activity happens in May and December, there has been either an Atlantic tropical storm or hurricane in every month of the year, as can be seen in the graph below. 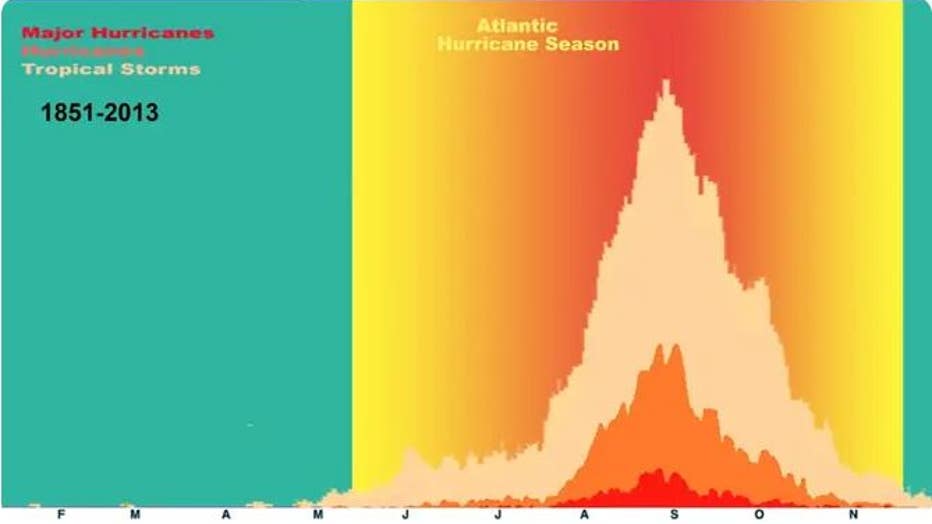 The Atlantic Basin shows a very peaked season from August through October, with 78% of the tropical storm days, 87% of the minor hurricane days and 96% of the major hurricane days occurring then. Maximum activity occurs in early to mid-September. "Ou

HERE'S WHY THE ATLANTIC HURRICANE SEASON RUNS FROM JUNE TO NOVEMBER

Most recently in this seven-year stretch of early starts to the Atlantic hurricane season, Tropical Storm Ana briefly roamed the central Atlantic Ocean last year between May 22 and 23. It developed east of Bermuda but quickly moved northeastward away from the archipelago and out to sea.

Ana briefly produced gale-force winds over portions of Bermuda, but no other impacts were reported on land from this short-lived storm.

Two years ago, in May 2020, there was not one, but two tropical storms that had impacts in the United States. Tropical Storm Arthur tracked just off the Southeast coast between May 16 and 19 and brought soaking rain to parts of eastern North Carolina. 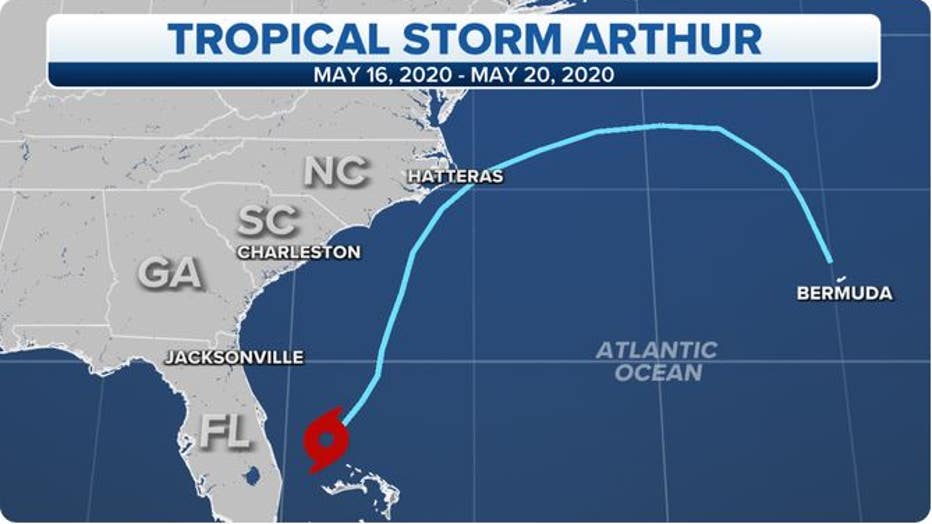 The following week, Tropical Storm Bertha made landfall near the Isle of Palms, South Carolina, on May 27 with locally heavy rain and gusty winds. It dissipated over the Appalachians on May 28. 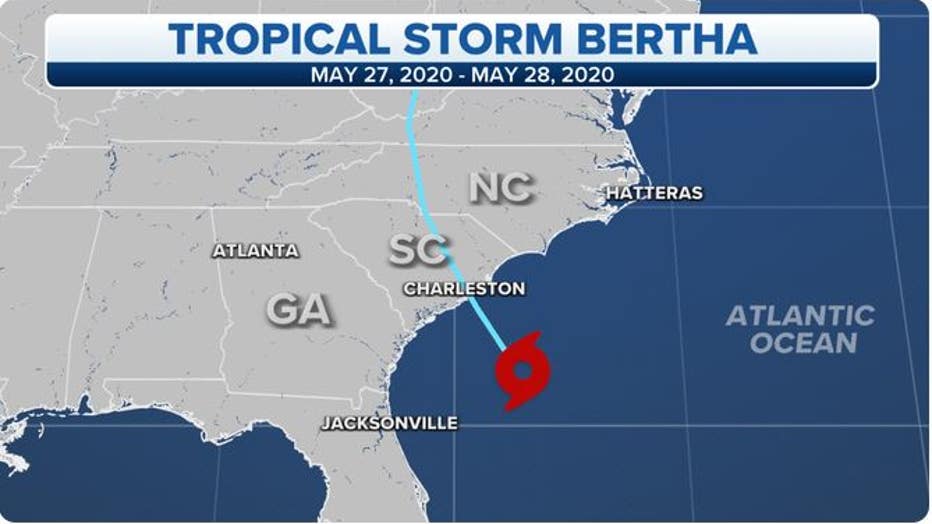 May 2019 had Subtropical Storm Andrea the week before Memorial Day, but it stayed over the open waters of the Atlantic southwest of Bermuda.

Memorial Day 2018 was a memorable one for residents of the Florida Panhandle as Tropical Storm Alberto made landfall near the Bay/Walton County line for the unofficial start of summer. Alberto maintained its tropical characteristics all the way into Michigan.

The early start to hurricane season in 2017 was actually in April, when Tropical Storm Arlene developed over the open waters of the central Atlantic Ocean on April 20. It was only the second tropical cyclone on record in the Atlantic to form in April; Ana in 2003 was the first, according to the NHC.

WHERE TROPICAL STORMS, HURRICANES TYPICALLY OCCUR DURING EACH MONTH OF ATLANTIC HURRICANE SEASON

If you thought that was an early start to the season, think again. In 2016, Hurricane Alex formed in January in the northeastern Atlantic Ocean. It went on to make landfall as a tropical storm in the Azores on Jan. 15 with maximum sustained winds of 65 mph. 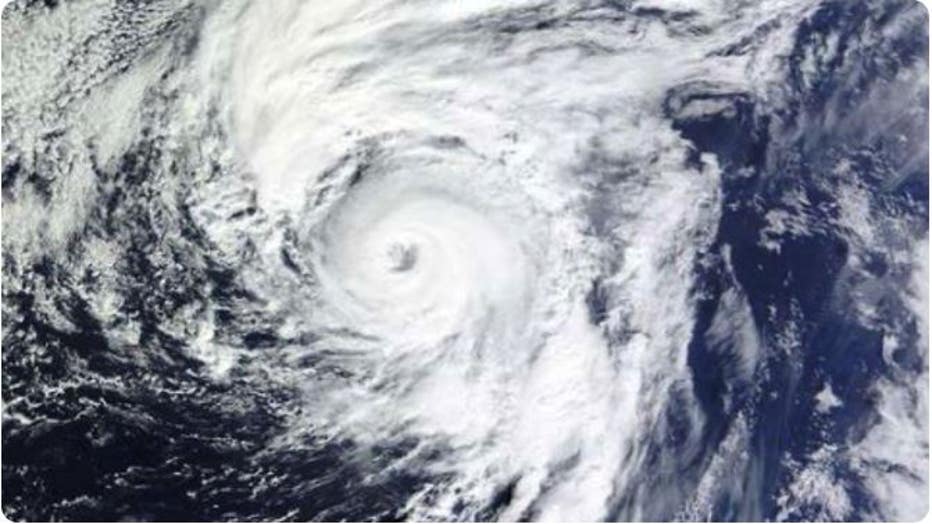 Then, Tropical Storm Bonnie became the second pre-season storm of 2016 in May. It made landfall as a tropical depression on May 29 on the Isle of Palms, South Carolina, and dumped heavy rainfall along coastal sections of the Carolinas.

On Mother’s Day weekend in 2015, Tropical Storm Ana – the same name as the "A" storm in 2021 since Atlantic tropical cyclone name lists are reused every six years – made landfall along the northeastern coast of South Carolina near North Myrtle Beach. Its early-morning landfall on May 10 was the second-earliest U.S. landfall by any tropical cyclone on record, behind only a February 1952 tropical storm that made landfall in Florida, according to Eric Blake, a senior hurricane scientist at the NHC. 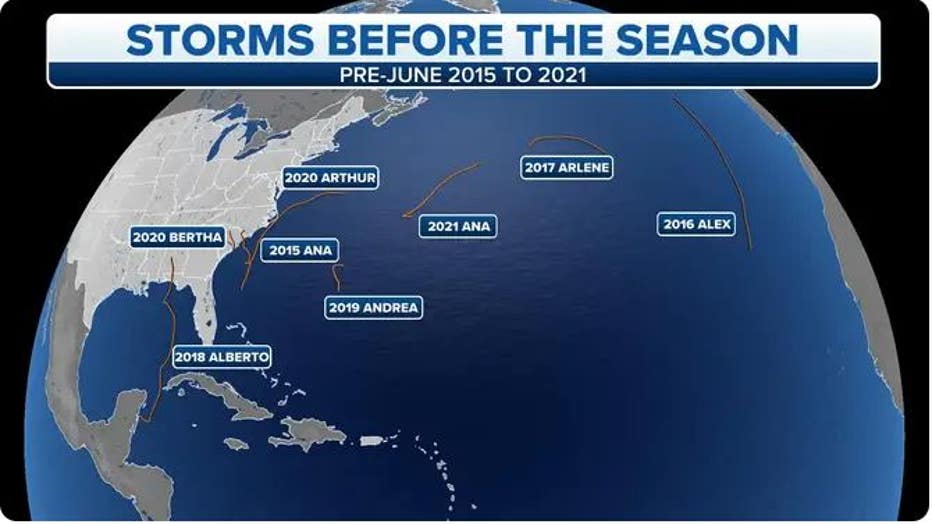 Despite this seven-year streak from 2015 through 2021, the NHC has not yet adjusted the start date of hurricane season, although in 2021, it did begin issuing routine Atlantic tropical weather outlooks on May 15 instead of the usual June 1.

The NHC says the peak of hurricane season is from mid-August to late October, with Sept. 10 marking the official peak date of the season. 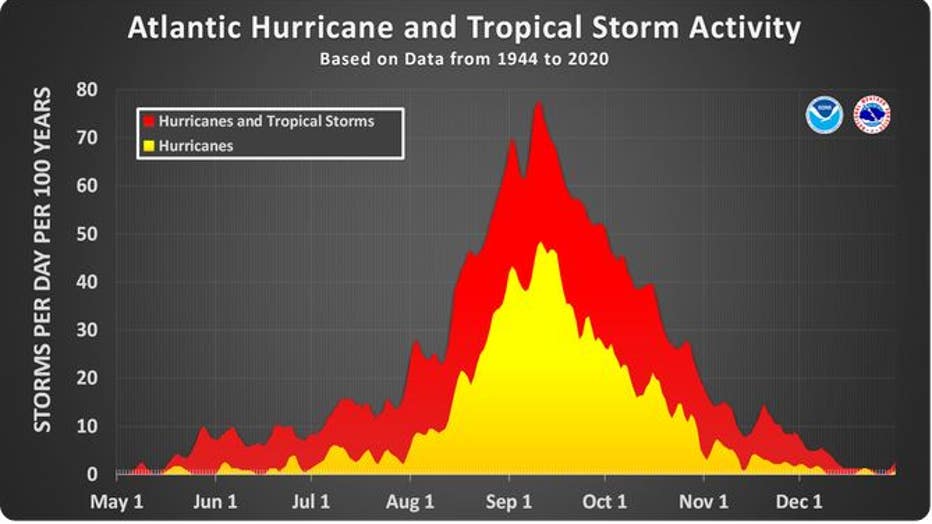 The official hurricane season for the Atlantic Basin (the Atlantic Ocean, Caribbean Sea and Gulf of Mexico) is from June 1 to Nov. 30. As seen in the graph above, the peak of the season is Sept. 10. However, deadly hurricanes can occur anytime in the