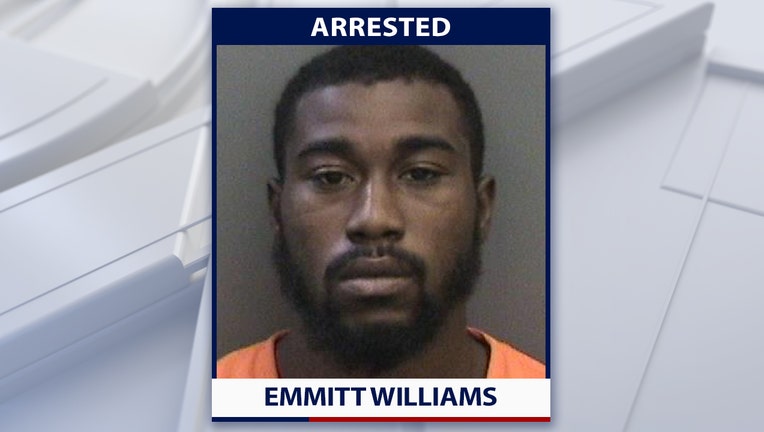 TAMPA, Fla. - Tampa police arrested Emmitt Williams, 24, for attempted strong-armed robbery, one day after he was identified as a suspect in an attempted carjacking at a Clearwater Subway restaurant.

Police say Williams approached a woman walking out of the sub shop at 2006 Drew St. around 7:30 p.m. on Oct. 27 and demanded her keys.

The woman went back into the restaurant to get away from him, but the suspect followed her inside and was caught on camera trying to wrangle her keys away from her. She called for help and Subway employees contacted the police as he fled the sub shop.