History of the CDC

From malaria to the COVID-19 pandemic, here is a look at the CDC's history and the health of the United States.

Bacteria that causes melioidosis, a rare and serious condition that can affect any organ, has been found in Mississippi soil. It’s the first time the bacteria has been identified in soil in the continental U.S.

According to the U.S. Centers for Disease Control and Prevention, environmental samples confirmed the presence of B. pseudomallei in the Gulf Coast region of Mississippi during an investigation of two human melioidosis cases.

B. pseudomallei typically lives in soil and water in tropical and subtropical climates like South and Southeast Asia, northern Australia, parts of Central and South America, the U.S. Virgin Islands and Puerto Rico. It can infect both animals and humans through direct contact with cuts or wounds or mucous membranes, inhalation or ingestion.

The two melioidosis patients who led to the discovery were unrelated but lived near each other. Both had no recent travel outside of the United States. They were diagnosed with melioidosis, also known as Whitmore’s disease, two years apart in July 2020 and May 2022. Genomic sequencing revealed the two patients were infected by the same novel strain from the Western Hemisphere.

RELATED: WHO leader: Men at risk of monkeypox should limit sex for now

Both patients were hospitalized with sepsis caused by pneumonia and had known risk factors for melioidosis. Risk factors include diabetes, excessive alcohol use, chronic lung disease, chronic kidney disease and immunosuppressive conditions, the CDC said.

About 12 melioidosis cases are reported to the CDC each year, mostly in people who traveled to a country where B. pseudomallei is found. In the United States, a few cases of melioidosis have been potentially linked to contaminated aromatherapy spray imported from another country in 2021.

The CDC said it’s unclear how long the bacteria has been in Mississippi soil before 2020 or how widespread it is, but "modeling suggests that the environmental conditions found in the Gulf Coast states are conducive" to its growth.

Once the bacteria is "well-established," "it cannot feasibly be removed from the soil," the CDC said. 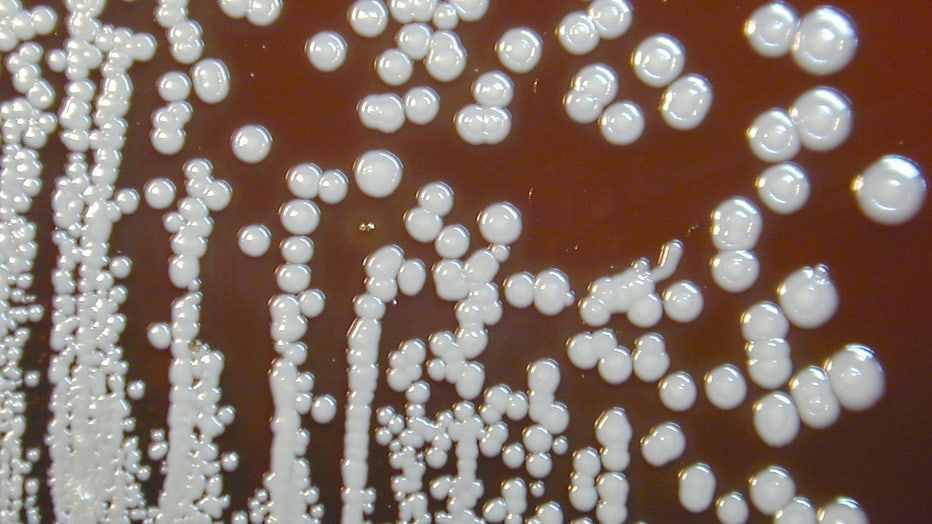 Melioidosis, or Whitmore’s disease, can cause a variety of symptoms and can infect any organ, including the brain.

RELATED: Salmonella outbreak in 11 states linked to these illegal pets

Symptoms vary depending on the type and site of infection. They can include:

The CDC said 10-50% of melioidosis cases are fatal, and roughly 9% of people have chronic infection with symptoms lasting more than two months.

Prompt diagnosis and treatment with long-term antibiotics are critical, the CDC said.