TAMPA, Fla. - It took 102 years, but the home run ball that changed the course of America's pastime is now back at home plate.

On April 4, 1919, Babe Ruth hit a monstrous home run in Tampa. The Great Bambino was a Red Sox pitcher, working out during spring training, when he smashed a 587-footer from Plant Field.

"If it hadn't happened, baseball might have been a different sport," said Newman. 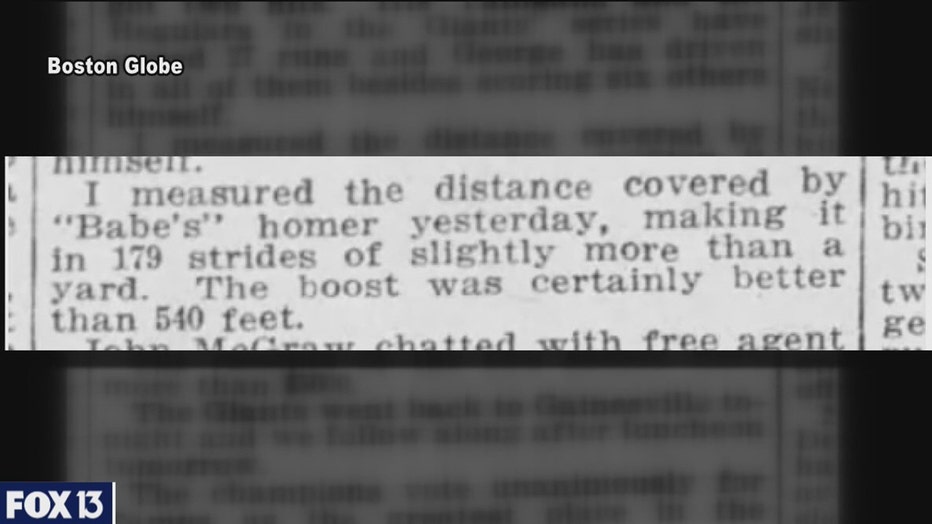 It has changed hands a few times since 1919, but this week, it landed right back where it started, now in its final resting spot in the Henry B. Plant Museum.

Nancy Newman, whose husband purchased the ball in the early 2000s, donated it and she got to see the display case for the first time Tuesday afternoon.

"I didn't know they could make it look so beautiful," she said. "He would [only] bring it out for friends and family."

The Sultan of Swat signed the ball and handed it to evangelist Billy Sunday, who kept it until Tom Newman, of Tampa cigar factory fame, bought it in the early 2000s. 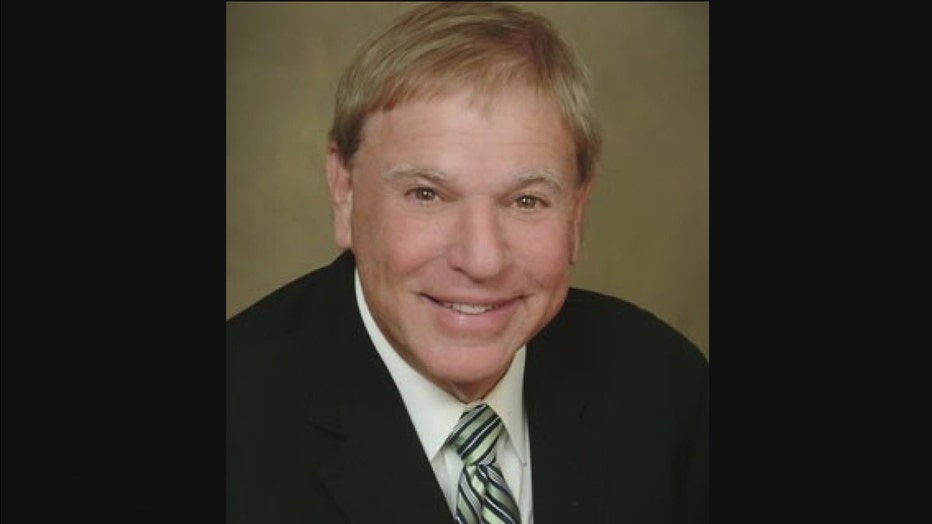 "He had balls worth a lot more," said Newman. "Once he had a friend or family member he trusted to keep it confidential, that's the ball he wanted to show."

Dr. Newman died earlier this year from COVID-19. His entire collection was auctioned – everything but the ball. 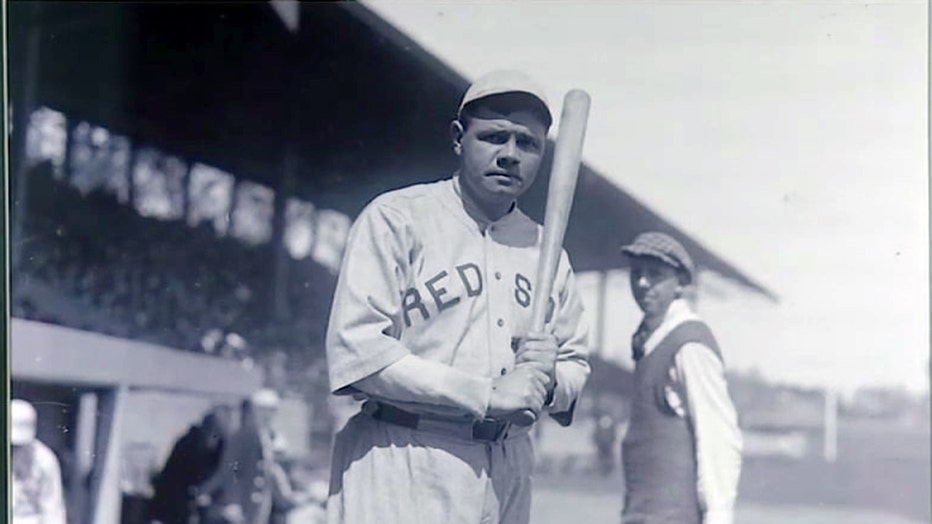 Curators at the Plant Museum said they hadn't even wondered if the ball still existed, let alone where it might be. Now, it's part of the collection they're tasked with watching over.

Now that the ball is on display for good, the Newman family hopes it can teach pieces of Tampa and baseball history that might otherwise have been lost. 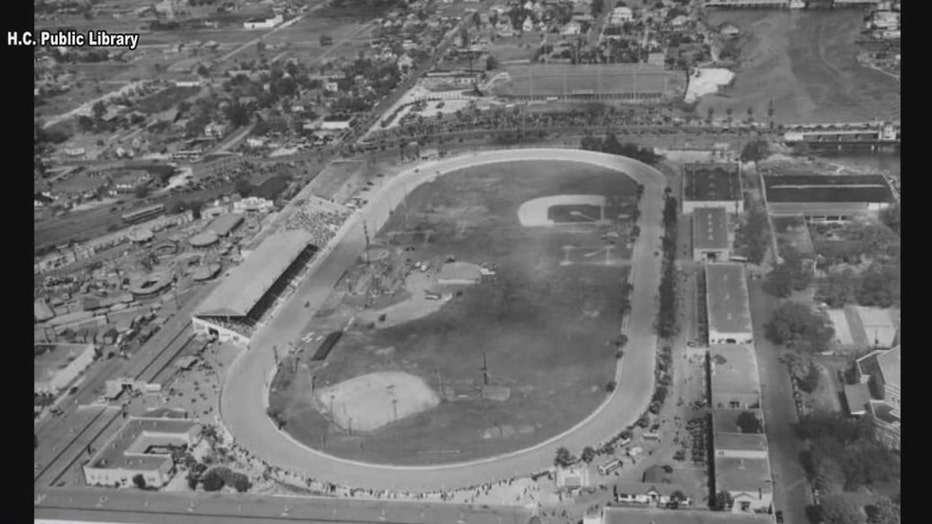 The last time the ball was on the grounds of the University of Tampa, it was soaring over a field that's long been covered over.

"The whole story takes place on the grounds of the Tampa Bay Hotel," said Lindsay Huban of the Plant Museum. "It was Plant Field where the home run was hit. It was Tampa Bay Hotel where the players were staying."

On the 100th anniversary of Babe Ruth’s historic home run in Tampa, several scholars are asking if it ever went the 587 feet quoted on a billboard in the spot it supposedly landed, near at the University of Tampa.

The plaque in front of UT's business school says Babe's blast landed 587 feet from home plate. Though there is some dispute among historians that the ball actually went almost 600 feet, those facts mean little today. 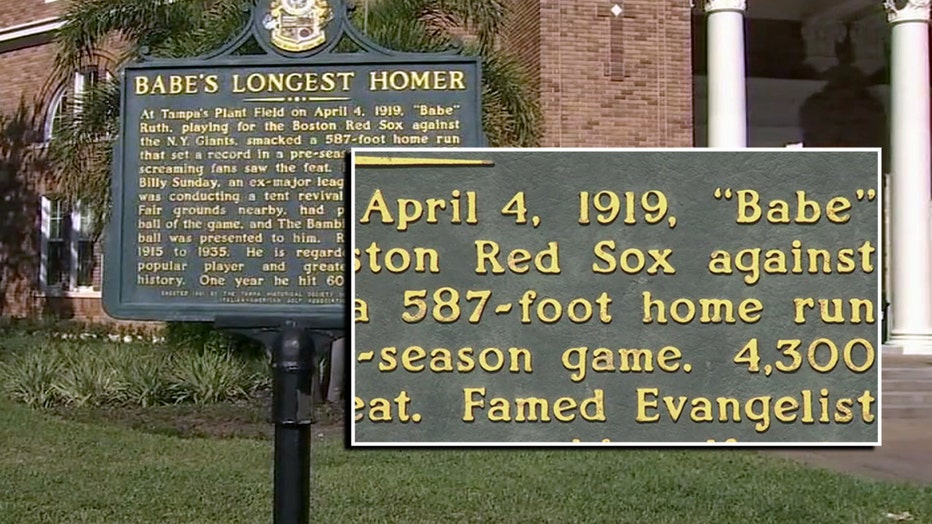 Because now, the whole story – from homer to resting place – can be found in the place the legend was born.

"I think we all feel family pride," said Newman. "It went from the Babe's hands to the Billy Sunday Estate, to his safe for 20 years, and now to the city and Plant Museum."

Babe Ruth baseball card could be most expensive ever sold

The baseball card collection of the late Dr. Thomas Newman, a neurologist in Tampa who died after a battle with COVID-19, is expected to go for more than $20 million at auction next month. The collection’s crown jewel is an ultra-rare 1933 Babe Ruth card.