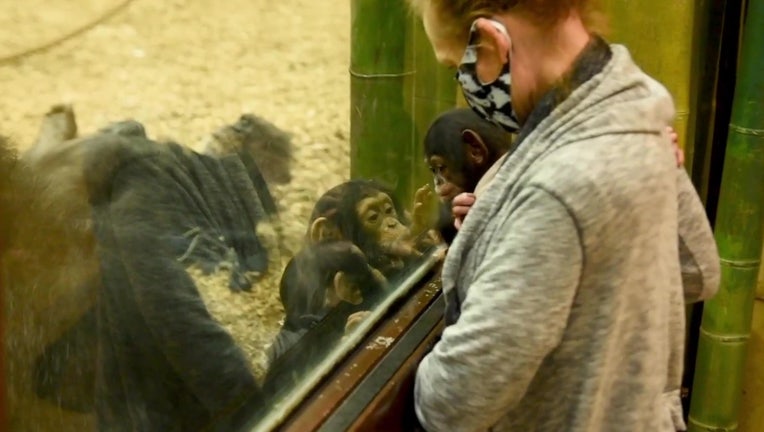 BALTIMORE - Zookeepers introduced a baby chimpanzee to her new foster family at a Maryland zoo.

Little Maisie was born at the Oklahoma City Zoo back in August, but keepers there determined that her mom was unable to care for her properly.

Maisie was relocated to the Maryland Zoo to be hand-reared by zookeepers and then paired with a surrogate mom named Abby, a chimpanzee who has fostered other babies before. 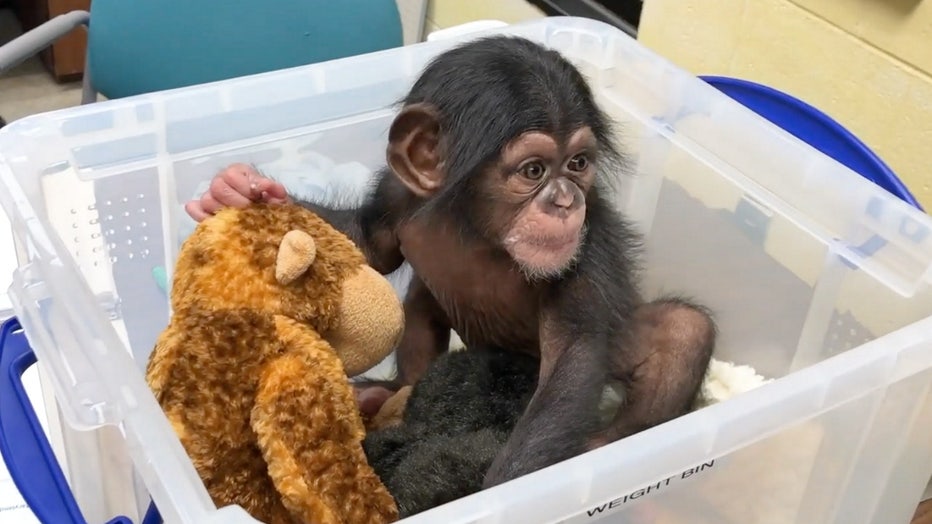 The zoo said baby chimps learn everything they need to know from their moms and the rest of their troop.

“It’s very important for chimpanzees to be raised by their own species. As humans, we can’t give an infant chimp all it needs to develop into a well-functioning member of a group,” said Judy McAuliffe, program leader of the Chimpanzee Species Survival Plan, according to the press release. 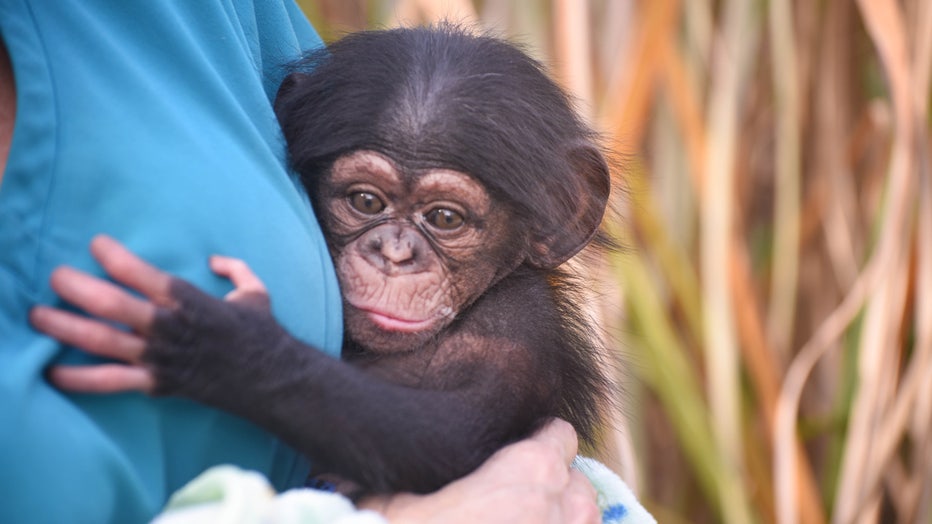 “Maryland Zoo has had tremendous success introducing infants to foster mothers who can raise them as part of an integrated group, which is absolutely the best thing for the infant," McAuliffe added.

Chimpanzees are classified as endangered on the International Union for the Conservation of Nature's Red List. They are threatened by loss of habitat due to commercial logging, agriculture and fires, along with poaching and disease.